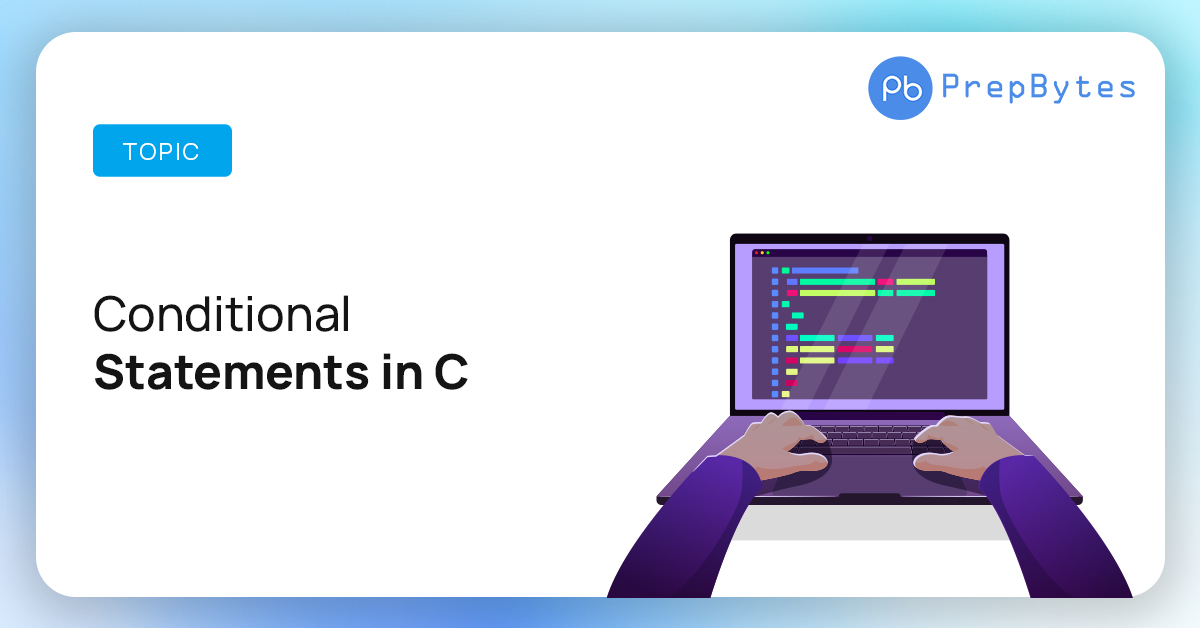 What is a Conditional Statement In C?

Conditional statement in C are possible with the use of the following two structures:

As a program chooses which statement to execute based on the outcome of the evaluated condition, it is also known as branching.

In this tutorial, you will learn-

The result of the condition is either true or false. False is a value that contains zero, and true is always a value that is not zero. A code block surrounded by curly braces { } or a single instruction can both be used as instructions.

Following program illustrates the use of if construct in C programming:

The if construct is used to examine the equality of two numbers in the program above.

For decision-making and condition testing, C contains six relational operators that can be used to create Boolean expressions that return true or false:

One of the most common concerns a programmer gets into when mixing up the assignment operator (=) and the equal test (==) but actually they are distinct..

Remember that a condition is considered to be true if it evaluates to a non-zero value. 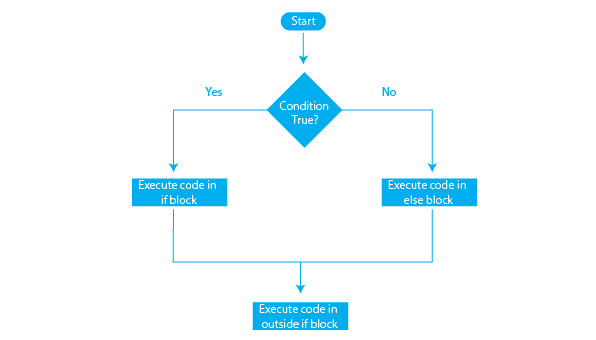 The if-else statement is a developed form of the if statement. The following is the if-else general form:

Following programs illustrate the use of the if-else construct:

In order to determine whether a value is less than or greater than ten, we will create a variable with a value and write a program.

Nesting of if-else statements is the technique of using multiple if-else constructs inside of one another in "C" programming.

The ? operator can also be used to create an if-else expression. The ? is used in a conditional expression. There is only one statement connected to the if and else in the operator.

Nested if-else is used when a sequence of decisions is necessary. Utilizing one if-else construct inside another is known as nesting.

Let’s write a program to illustrate the use of nested if-else.

The program mentioned above uses a nested if-else construct to verify whether a value is less than or larger than 10 and prints the result.

Try altering a variable’s value to observe how the program behaves.

NOTE: Because several if-else constructs are used in nested if-else, it can be challenging to identify separate constructs, thus we must be careful with the indentation. The program is easier to read when properly indented.

When multipath decisions are necessary, nested else-if is used.
The following is a broad description of how else-if ladders are built in "C" programming:

Let us see the actual working with the help of a program.

Try changing the value and observe how the output changes.

Conclusion
In this article, we had discussed completely about the conditional statement in C. Depending on the outcome of the evaluated expression, one path is chosen using decision-making or branching statements. Because it manages how a program is executed, it is also known as a control statement. If, if-else constructions are available in "C" for use in decision-making statements. When several pathways need to be evaluated, we can also stack if-else within one another. When we need to verify several ways dependent on the expression’s result, we use the else-if ladder.