Linked List is a linear data structure which comprises of elements/nodes stored at various locations not necessarily contiguous. But don’t we have arrays for keeping a list? Well, there are quite a bit of advantages of linked list. In linked list it's much easier to insert a value or delete a value which will require more time in arrays.
It consists of nodes which can have multiple variables but alone with it has a next pointer which points to the next node in the linked list. The last node points to a NULL pointer which denotes the end of the linked List.

Well, CPP does provide linked list implementation in STL but we will be covering the basics of designing a linked list by ourselves. Let’s dive in.

Linked List supports generally three operations Insert, size, delete at position. To begin with p=p→nextis a the most important statement to understand. It says if p be a node in the linked list then if we want to go to the next node, we just need to assign p to it’s next. The whole linked list traversal is based on this. 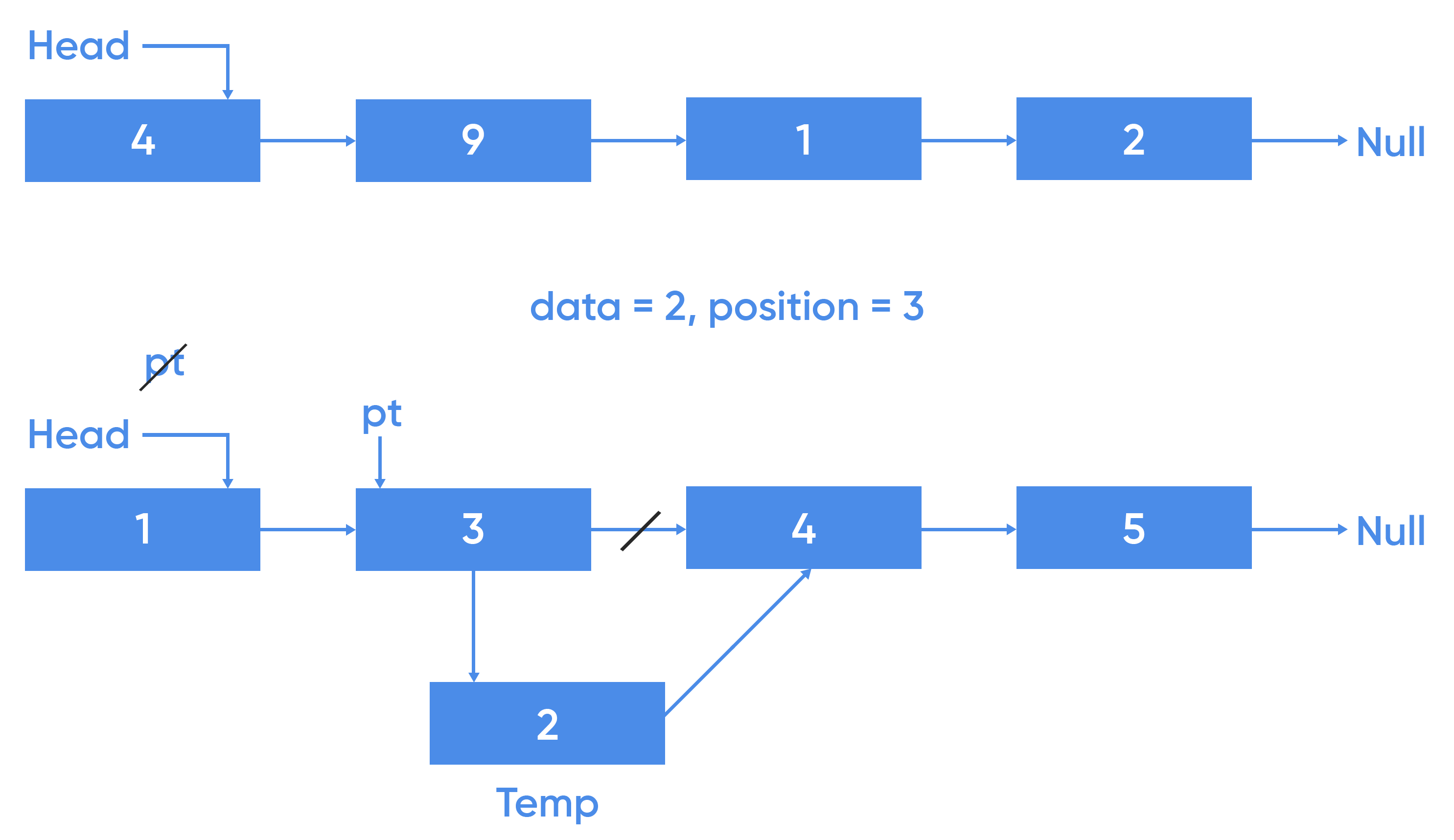 This article was a brief introduction to Linked list in CPP. Although all other problems can be solved using these basic algorithms related to Linked list.

Introduction to c language for beginners

How to write string programs in C