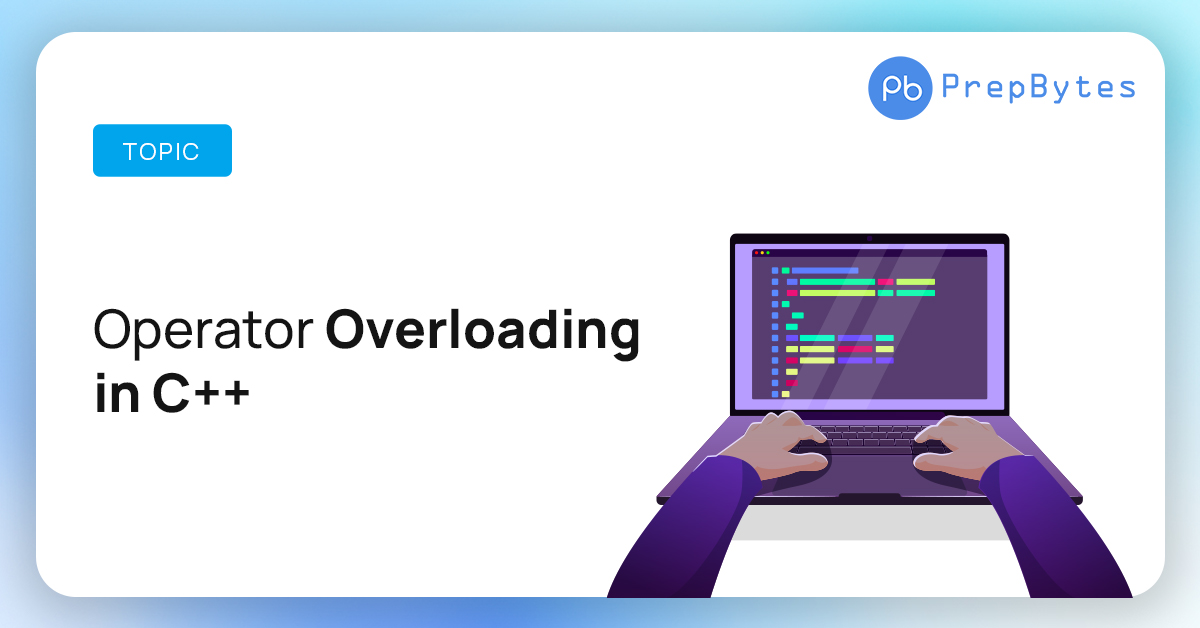 Overloading refers to changing the meaning of an already defined or pre-existing operator or function according to user requirements so that the user can use them accordingly while implementing or performing further operations. They are used in C++ and other programming languages also.

There are mainly two types of overloading available in C++ i.e,

Function Overloading: Function overloading is a term used in the C++ programming language to describe when two functions with the same name exist in the same piece of code but each with a distinct set of arguments.

What are Operators in C++?

You must have encountered a lot of operators while working in any programming language but you might know yet that these are operators. In simple words, the operators are the symbols that perform logical or mathematical operations or computations on variables or values. There are many types of operators some of them are

In the above example we can see that a is a float type variable whereas b and sum are integer type variables so the line sum = a+b will not create any problem as both the data types i.e, float and sum are predefined so there will be no objection as the + operator knows what to do with the pre-defined data types.
But, Look in the example below:

Now look at the above example we have created a class with the name E and in the main function we are creating an object with the name e1, e2, e3 and performing the + operator on them. But now the line will give an error as we do not know what to do with objects of a user-defined class we are not performing operations on predefined data types we are performing operations on user-defined classes and objects. In these types of scenarios operator overloading in C++ comes into play as we can define the use case and function of operators in the class itself.

Operators that cannot be Overloaded in C++

Some of the examples are

Now we will look at the reasons why they can’t be used in operator overloading in c++.

Operators that can be Overloaded in C++

Most of the operators can be overloaded in C++ some of them are shown below: 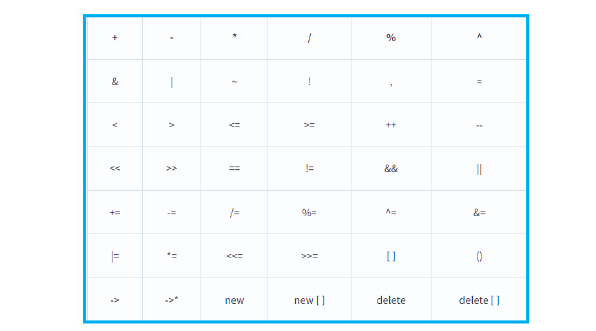 Unary operators are those operators that need only one operand to work like ++,–.
In the example below we will look at how to use it as a unary operator in operator overloading

Binary Operators are those operators which need two operands to work and perform further operations like +. In the example below we will see the addition of complex numbers that are not predefined in the library we have to create a new class and overload the + operator, which is known as operator overloading in C++.

Explanation of the above Example
In the above example we are using operator overloading in c++ of the binary operator.
So in the above examples, we are dealing with complex numbers we have created a class with the name ComplexNumbers and are performing operations in it. We are not used to writing the + operator for complex numbers in programming languages so we are operator overloading in it.
We have followed the syntax and overloaded the + operator and with the given input of complex numbers we are getting the required output which is adding the imaginary part to the imaginary part and the real part to the real part as you can see in the output and representing the result in another complex number.

Advantages of Operator Overloading in C++

Disadvantages of Operator Overloading in C++

What is the Inline Function in C++