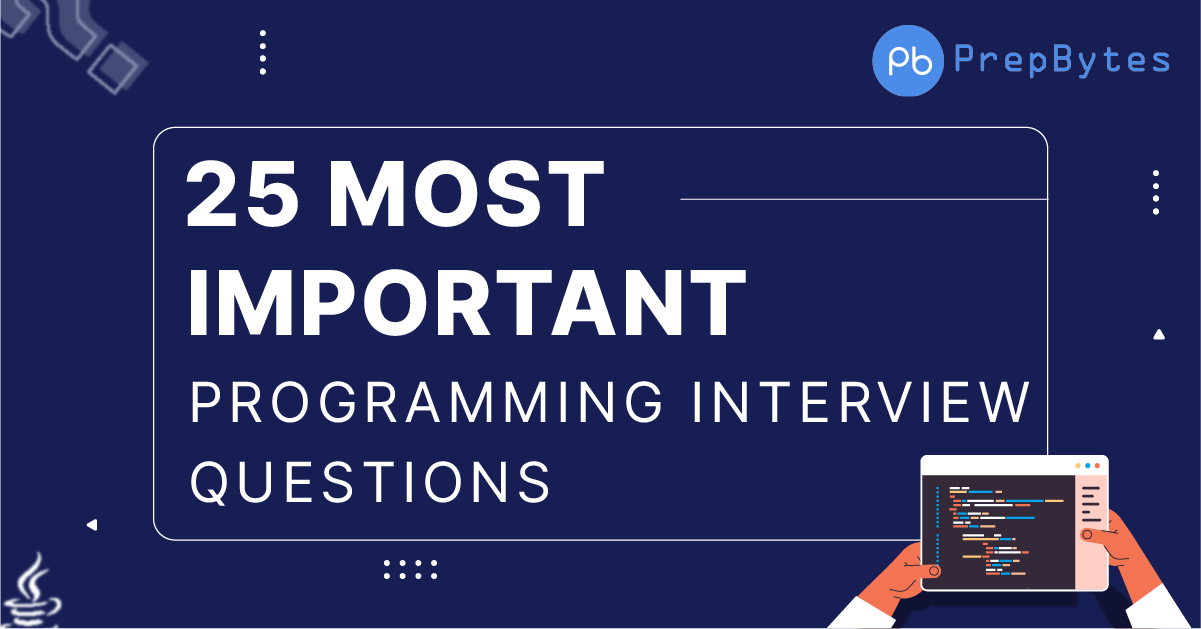 1. What is the difference between procedural language and object-oriented language?

Object Oriented Programming or OOP is a programming paradigm that uses the concept of classes and objects to construct models based on the real world surrounding. An object is a constituent of a program that recognizes how to execute certain actions and how to interrelate with other elements of the program (study.com, 2003). Objects are the foundation of object-oriented programming. An object-oriented program uses a set of objects, which will communicate by sending and receiving messages to request services or information.

2. What is the software development life cycle?

Ans. SDLC or the Software Development Life Cycle is a process that produces software with the highest quality and lowest cost in the shortest time. SDLC includes a detailed plan for how to develop, alter, maintain, and replace a software system.

5. What is a process?
Ans. Process is a program in execution. It has its own set of basic resources like stack, text section, heap, data etc. A process is known by its characteristics like Process ID, process state, I/O information, CPU scheduling information. Each such process has also different memory space, address memory etc.

6. What are threads?
Ans. Threads are basically called lightweight processes. It is a path of execution with a process. Many threads can be contained in one process sharing some of the resources in common. Threads shared code section, data, OS resources etc with each other in a process but has their own stack, PC, register etc.

7. What is a network?
Ans. A network is a set of interconnected devices with physical links. Two or more nodes constitute a network. It is basically used for sharing of data and resources.

8. What is bandwidth?
Ans. The difference between the upper range and lower range frequency limit of a network is called bandwidth.

9. What is a node?
Ans. A node is basically a point where a connection takes place. It can be a device or a part of network.

10. What do you mean by subnet mask?
Ans. It is a 32-bit mask which is combined with the IP address to extensively identify – extended network address and host address.

11. What is a gateway?
Ans. A node which is connected to two or more networks is known as gateway. It might be also known as router and is used to forward messages from one network to another. It also regulates the traffic in a network.

12. What is an IP address?
Ans. It is a unique 32-bit address which uniquely identifies a computer in a network.

13. What do you mean by protocol?
Ans. A protocol refers to set of rules by which computers in a network communicate with each other.

14. What are the layers of the OSI reference model?
Ans. These include 7 OSI layers:

16. What are the conditions for Deadlock?
Ans. These 4 conditions are necessary for deadlock occurrence –

17. What is TCP/IP?
Ans. It stands for Transmission Control Protocol/ Internet Protocol and it refers to a set of protocols which is designed for exchanging data on different types of network.

18. What are the types of query language present in SQl?
Ans. These are the few types present –

19. What is a primary key?
Ans. A primary key is a combination of fields (or one) which uniquely identifies a tuple in a table. It cannot be null. It is implemented by a PRIMARY KEY keyword.

21. What is a foreign key?
Ans. Foreign key refers to the attribute of one relation which is a primary key in one relation. This is used to get or cross refer relations and very crucial for maintaining ACID properties.

22. What do you mean by Normalisation?
Ans. Normalisation is the process of reducing or removing redundancy, anomalies and inconsistency of data in a database. The various rules for Normalisation are set by 4 main forms-

23. What is a view in SQL?
Ans. A view is like a virtual table which contains subsets of table and can include multiple tables. It is basically a feature used for easier modifications and more security.

24. Find the GCD of two numbers in logn time.
Ans.

25. What are joins in a database? What are the types of joins present?
Ans. Joins are basically used to merge two tables or retrieve data from multiple tables. This join is either based on some common attribute or external join. The various types of joins are –