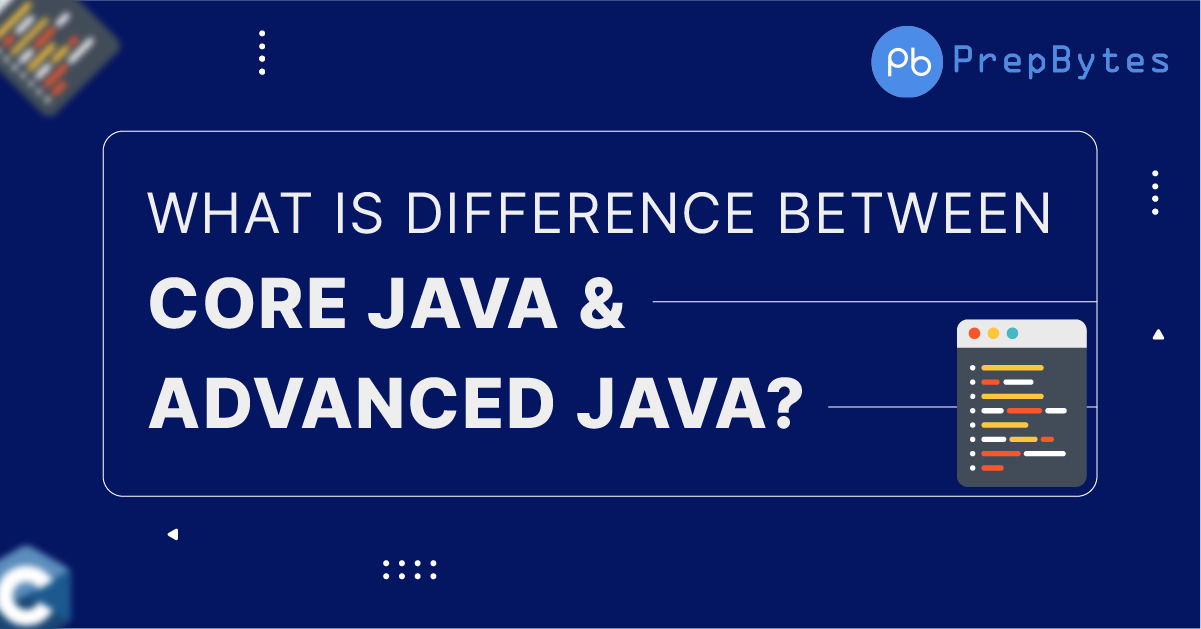 Java being one of the most popular languages is sometimes quite intimidating. Most of you must have heard or even used both core java and advanced java concepts at some point of time. Well, in this article I will briefly differentiate these two and make your understanding about both a bit clearer.

Let’s get into actual differences between these two –

This basically completes the general difference between core java and advanced java. Summarizing the facts that advanced java is mostly used in web-based applications where as core java is used in fundamental programming.

There’s no point in choosing any one as both does different tasks and are equally useful.

This article tried to discuss concept of Java. Hope this blog helps you understand the concept. To practice problems on you can check out MYCODE | Competitive Programming