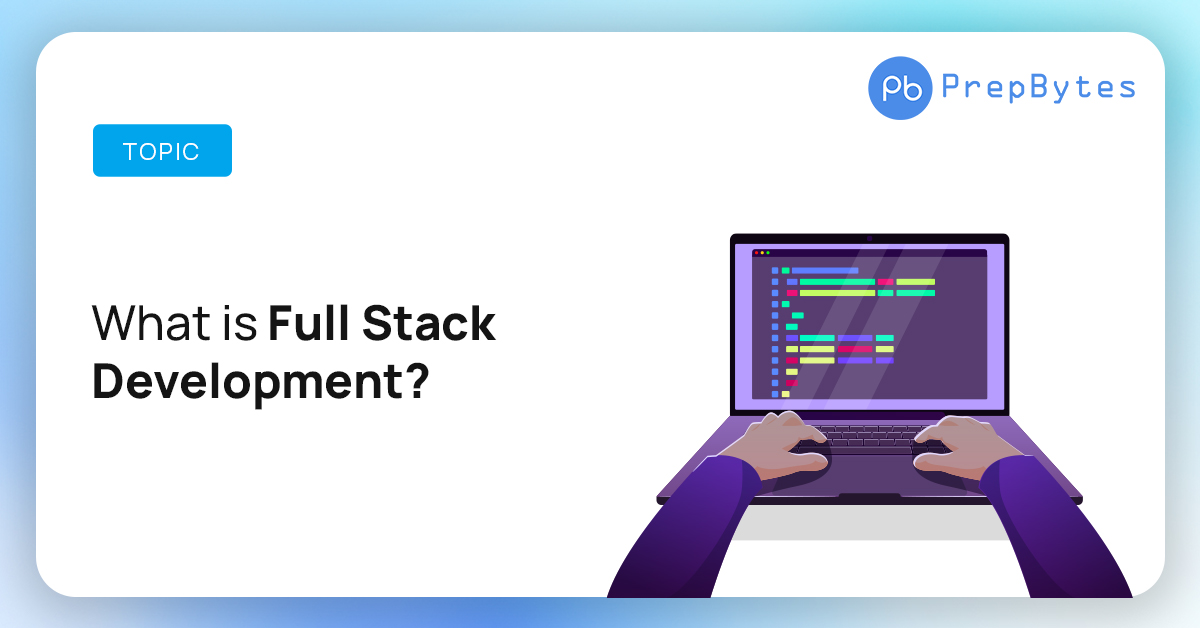 In this article, we are going to study what is full stack development and the roadmap a student needs to embark on to become one. We are also going to discuss the do and don’t in order to be a successful full stack developer. Apart from the requirement and full stack meaning, the market standards and reasons to go into the same are enunciated in this article. 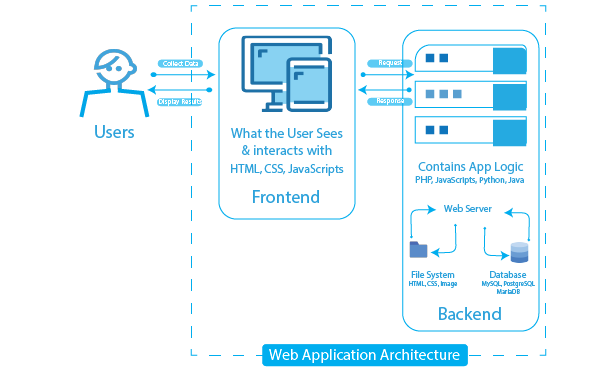 Full Stack Developers are professionals who are skilled to design the front end as well as the back end of a website or even web application. Here front end justifies what the users see in a website and the back end means the functionality and mechanism that is nozt visible to the user such as communication between the server and browser, storage and retrieval of data from the database and various programming logics contributing to the functionality of the website.

Having an idea of full stack meaning, let us look at the requirements to become a full stack developer.

There are several skills that we have already been through in this article on what is full stack. Now we move on to check, what are the requirements to become a full stack developer in a detailed state.

The skills required are as follows:-

HTML is a markup language used for the content that will show up on the user’s end and it is a basic block of web development used to add words, paragraphs and tables to the webpage. HTML is picked for full stack enthusiasts who start from scratch.

CSS is used to style the website to make it attractive and readable to the user. CSS includes properties to include border, margin, and padding to different elements of the website having different properties using class and id.

Javascript is a scripting language used to increase the functionality and features of a website. Javascript manipulates the behaviour of the website along with the power to make it more interactive.

React.js brought into existence and maintained by Facebook (now Meta) is a fast, scalable and flexible open-source Javascript library that is component-based and put to use to design user interfaces. It is an important part of the MERN tech stack, discussed later in this article on What is Full Stack.

Angular is another open-source front end framework used to design responsive websites. It is strongly attached to MVC (Model View Control Architecture). It is one of the four main parts of the MEAN stack. MEAN Stack full form and descriptions are discussed later in this article on What is Full Stack.

Bootstrap is a framework used with front-end technologies like HTML and CSS to make a website responsive and platform-independent. It is open-source and easy to use.

jQuery is one of the widely accessed Javascript libraries to write scripts for the client side and it ensures that the functionalities work across different browsers.

It stands for Syntactically Awesome Stylesheets and works as an over-the-top feature to CSS and lets you maintain and use stylesheets in a handy manner for your web development projects.

Back End Technologies of Full Stack

Back End technologies are used for server-side functionality and handling of data rather than design and appearance to the end user. Back End developers are responsible for communication from the database, scripting and the interconnection between the application or website with the database, front end, libraries and architecture.

It is a universal language for web development with its capabilities extending to the back end as well as the front end.

Being one of the most human-understandable programming languages and its clean coding, Python can be a good option to design backend services for the project.

Java is the most widely used object-oriented programming language that offers high scalability. It has multiple components available to help web developers.

It is a server-side programming language. It can be used to create web pages that are dynamic and offers database connectivity.

NodeJS must not be confused with a programming language or a framework as it is a Javascript runtime that is open-source and cross-platform and used to run Javascript code outside of the browser.

It is a Javascript-based framework that offers minimalist design. It is used by companies like IBM.

It is a Python-based framework that has hundreds of built-in features based on Model Template View (MTV) architecture. It is used by companies like Google and Instagram.

Flask is another python-based framework that is lighter than Django offering more flexibility. Flask is used by companies such as Reddit and Lyft.

It is based on Ruby and is mostly used for smaller projects with its usage being found in Soundcloud products.

It is an easy-to-use framework based on Java programming language that is preferred for cloud projects that are highly scalable. Walmart uses this framework.

Now that we have been through sections where we discussed what is full stack and sub-parts like front-end and back-end to understand full stack meaning.

Moving further, we discuss the rest of the technologies to be a well-equipped full stack professional.

The technologies that make the data retrieved, altered and stored on the website or web application in an efficient and flexible manner. CRUD functions come in-built with applications in most modern applications.

A few of the widely used database technologies are:-

It is the most widely used database technology that stores structured data in a relational database.

Most of the modern tech stacks are built with the support of MongoDB. It is NoSQL based database that stores data in an unstructured manner in a document-oriented database.

Version Control is necessary for a team to properly track and understand the versions of software. It is a collaborative tool where a person can track their team members’ version of the code in an efficient manner. It is the software equivalent of multiple people working on a single file in Google Docs.

The Version Control tools used are as follows:-

Logical Reasoning is an important part when sitting for interviews for the role of full stack development and such problems need to be at the tip of the candidates as the interviewer can come up with such problems.

There are multiple tech stacks available for a developer to choose from with all of them having their own pros and cons.

Some of the most used tech stacks are discussed as follows:-

MEAN Stack full form stands for MongoDB, Express, Angular and NodeJs. This stack offers better development time with cloud-supportable products. It is an open-source and free and extensive library available to the developer.

MERN Stack full form stands for MongoDB, Express, React and NodeJs. It is similar to MEAN with the difference being that it works on React Frontend library.

LAMP Stack stands for Linux, Apache, MySQL, and PHP. It has wide support with being easy to set up. MySQL and PHP offer support to most devices but this stack is comparatively less scalable.

It works on Django for web framework in the Python language. It holds features such as clean code and faster development. Localization and Internalization are supported.

Conclusion
In this article on what is full stack, we came across multiple concepts and technologies we need to embark upon our path to becoming a full stack professional. Right from knowing the full stack meaning to more detailed and sought-after queries.

We hope you liked this article on full stack development and expect to see you again with an insightful piece of information.

How to answer “tell me about yourself for experienced”