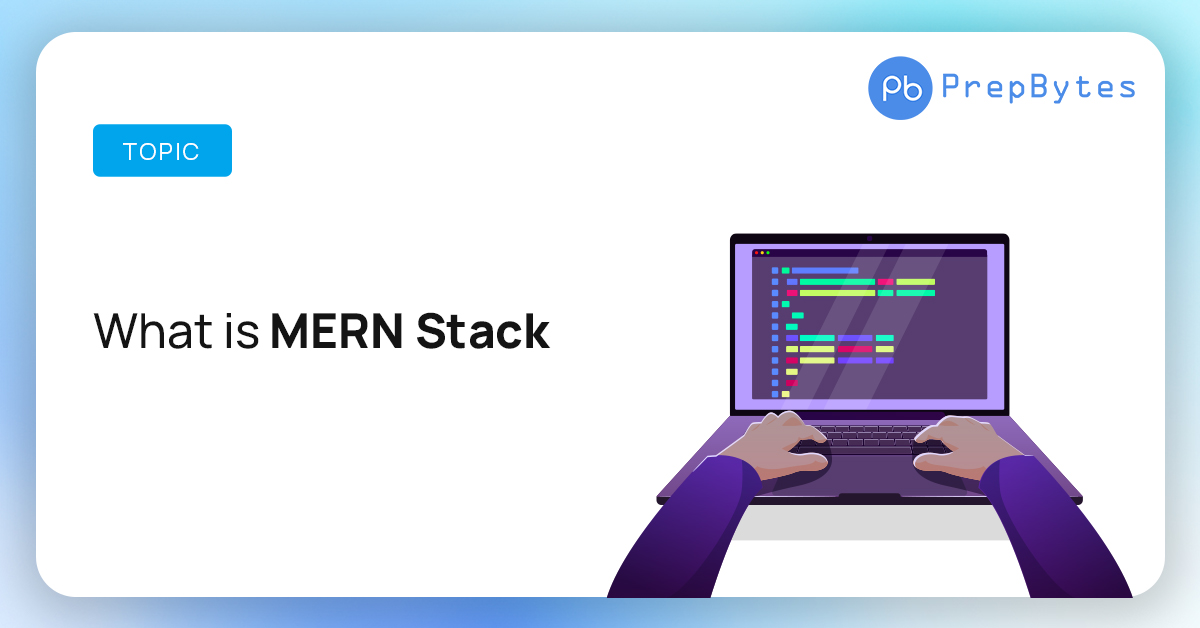 To create scalable master web applications with backend, frontend, and database components, developers employ the MERN Stack, a set of strong technologies. The quicker and simpler creation of full-stack web applications is made possible by JavaScript. A user-friendly full-stack JavaScript framework for creating apps and dynamic web pages, MERN Stack is a technology.

Four key elements, or you might say four main technologies, make up the MERN Stack full form is:

These four technologies all contribute significantly to giving developers an all-encompassing framework. Even these four technologies are crucial to the process of creating web apps.
Before MERN stack, it was known as MEAN stack; MERN Stack is one of the variations of MEAN; here, MEAN also comprises four components or, to put it another way, four different technologies, namely M is for MongoDB, "E" is for Express, "A" is for Angular.js, and "N" is for Node. However, if you look closely, you will notice that in MEAN, "A," i.e., Angular.js

In contrast to MEAN stack, which is primarily a better choice for large-scale applications, stack is primarily utilised for the quicker creation of smaller apps. However, developing smaller apps takes longer. Additionally, their comparable structures are dissimilar.
We can see that the MEAN stack depends on React and its ecosystem, whereas the MERN stack depends on Angular.js for its front-end JavaScript framework. The development process is intended to be streamlined and made easier using MERN Stack.

If we look at the above picture, we can see that the middle application or tier is made up of Node and Express. Express.js is a server-side web framework, while Node.js is a very robust and well-liked JavaScript server platform. ME(RVA)N is a great method to work with JSON and JavaScript throughout, regardless of whatever variation you select.

Why should we create mobile and web applications with MERN Stack?

How to answer “tell me about yourself for experienced”