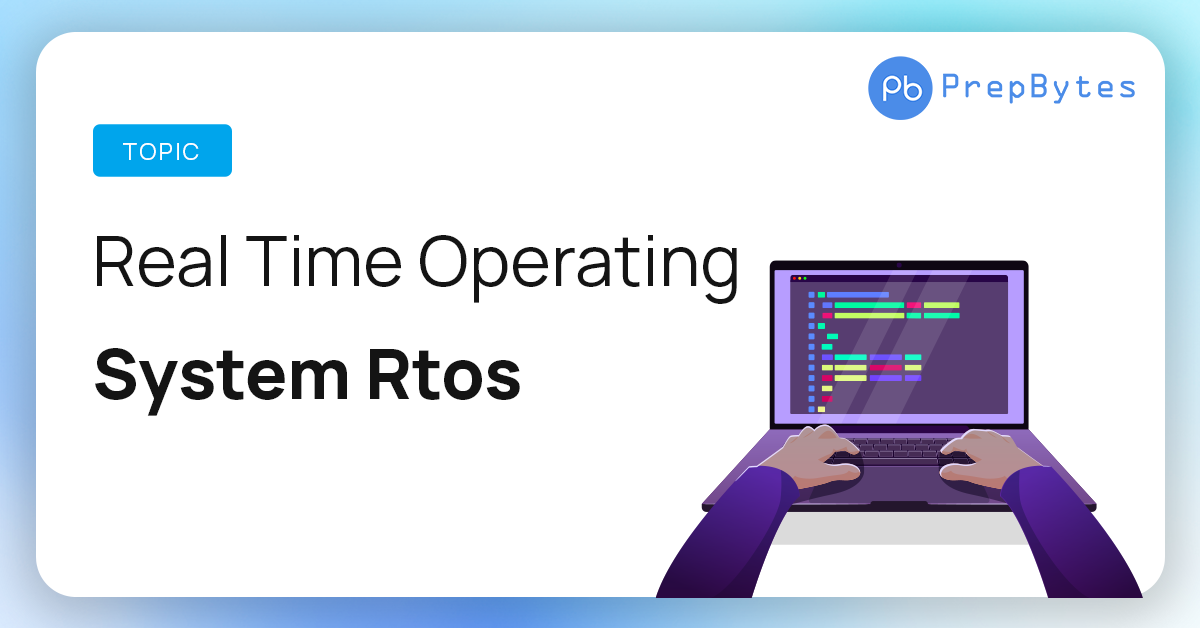 An RTOS (real-time operating system) is an operating system that guarantees a correct result within the specified deadline period.
In other words, we can say that a Real-time operating system is a special-type operating system used in computers with a strict deadline for any specific job or process to be performed.
Results produced after the deadline has passed, even if correct may be of no real value. For e.g.: consider an autonomous robot that delivers mail in an office complex, the vision control system of the robot needs to identify a wall before the robot walks into it, or else the system will be considered as failed.

There are three kinds of RTOS:

A hard real-time OS has the most strict requirements and the degree of tolerance for missed deadlines is negligible. It guarantees critical real-time tasks be completed within their timelines. A missed deadline can result in catastrophic failure of the system.

A soft real-time operating system is a system in which one or more failures meet the deadline, but the performance is considered to be degraded. A soft real-time OS is less restrictive.

Firm real-time operating systems need to be completed within the deadline and if the result is obtained after the deadline then the result will be considered incorrect. Firm RTOS is used in multimedia applications.
For a life-saving device, like an automatic parachute opening device for skydivers, a delay can be fatal. The parachute opening device deploys the parachute at a specific altitude based on various conditions. If it fails to respond in a specified time, the parachute may not get deployed at all leading to casualty. A similar situation exists during the inflation of airbags, used in cars, at the time of the accident. If airbags don’t get inflated at the appropriate times, it may be fatal for a driver. So such systems must be hard real-time systems, whereas, for TV live broadcasts, a delay can be acceptable. In such cases, soft real-time systems can be used.

There are different types of properties and functionalities of an RTOS as below:

Why Use an RTOS?

Below are 4 top reasons to consider using an RTOS.

Some essential terms used in RTOS are discussed below:

How to Select an RTOS?

2. Is window a Real-time operating system?
Microsoft windows are not real-time They are often completely unresponsive for seconds at a time. They indicate this condition by displaying an hourglass or a clock symbol or by simply refusing to respond to mouse clicks or keyboard input.

3. Is android a real-time operating system?
No, Android is not a Real-Time Operating System. An OS should be time deterministic and thereby be predictable to become RTOS.

4. Is Linux real time operating system?
No, Linux is not an RTOS. Linux is a general-purpose operating system that can be found in many computers, with distributions that have been adapted for use in noncritical embedded systems.

5. Why RTOS is preferred?
An RTOS can guarantee the timing requirements for processes under its control, has low latency, is predictable in that it can determine a task’s completion time with certainty, and enables the coexistence of both time-critical and non-time-critical tasks.

This article tried to discuss the concept of RTOS. Hope this blog helps you understand it. To practice more problems you can check out MYCODE | Competitive Programming.

What are the Types of an Operating System?

What is Operating System?

What is Operating System