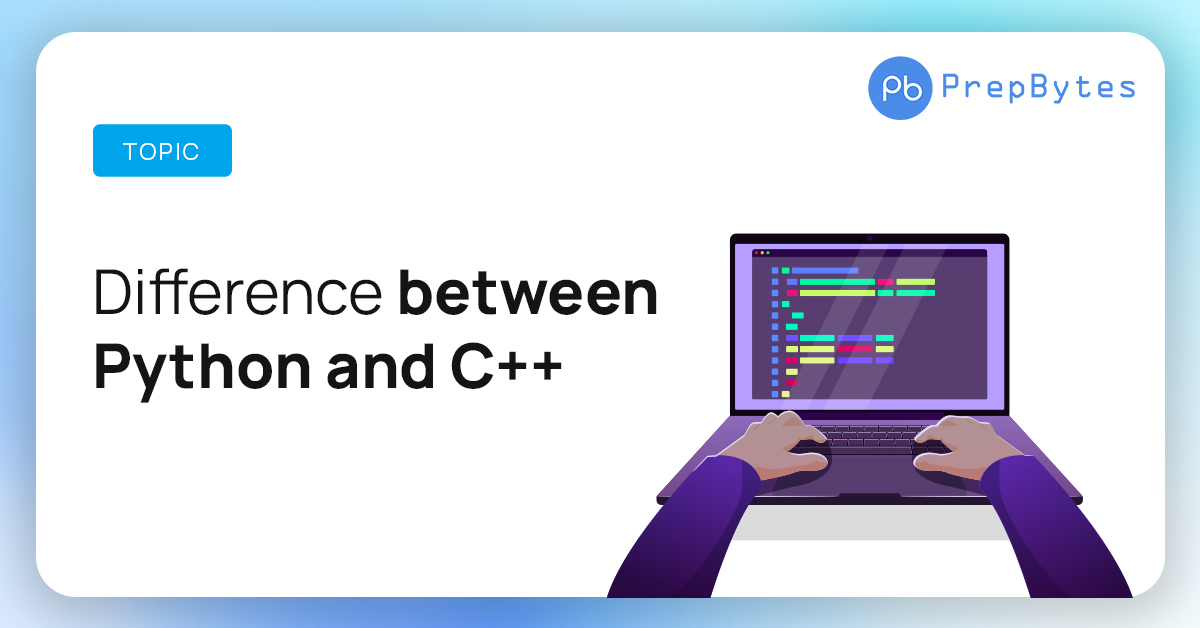 In this tutorial on Python vs C++, you’ll learn everything you need to know about Python and C++, including the features and applications of each language, making it simple to choose the one that’s right for you.

In 1991, Guido van Rossum created Python, a high-level, general-purpose programming language. The primary design objective was to keep the Python language simple. It has features like indentation, which improves the readability of the code, as well as library functions, which give the language greater strength.
Python is an object-oriented programming language with extensive library support, which makes it simple to construct different applications and algorithms. Its language elements and object-oriented methodology are intended to assist programmers in creating logical, unambiguous code for a variety of tasks.
Python is frequently used in fields such as data analysis, statistics, and machine learning. Programming styles supported by Python include procedural, object-oriented, and functional programming.

Some of the important features of Python are listed below –

Some of the important features of C++ are listed below –

Some of the Important Applications of C++ are listed below –

Some of the Important Applications of C++ are listed below –

After reading this tutorial on Python vs C++, you would have understood what Python is, along with the use cases of Python and, similarly, C++ along with its use cases. You also learned about the uses and features of Python and C++ and the difference between both languages.