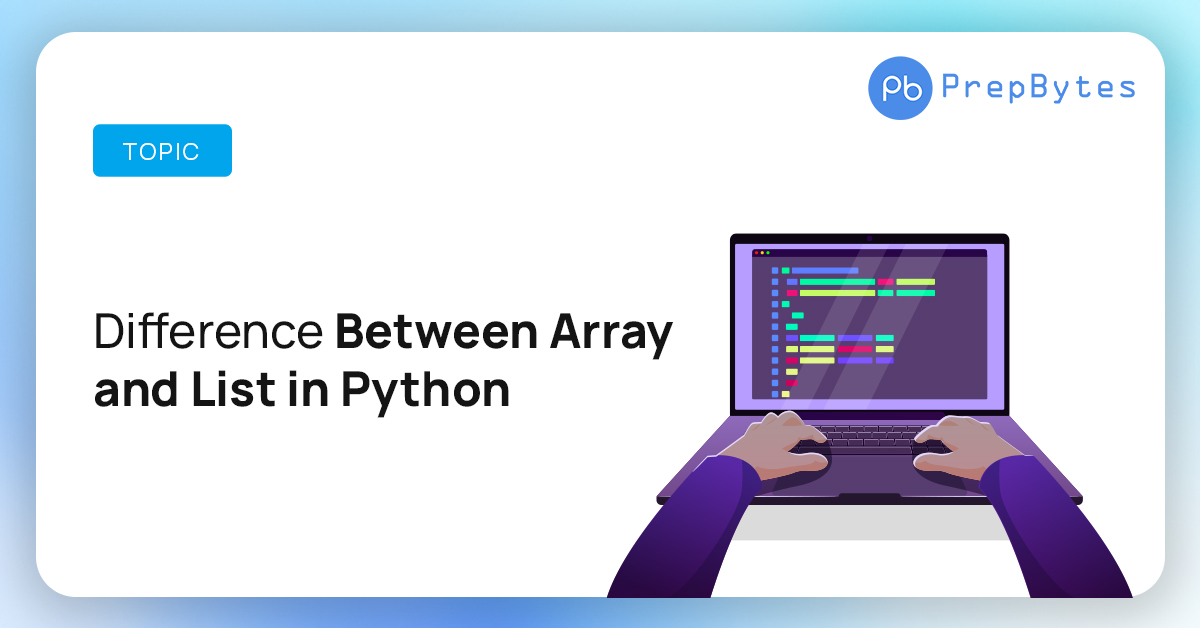 The two most significant data structures in Python are arrays and lists. In Python, data are stored in lists, arrays, and lists. We can iterate, slice, and index using these data structures. However, there are a few differences between them. We will discover the Array and List difference in this blog.

Python includes a wide range of data structures, including lists, tuples, sets, and dictionaries, which offer a wide range of features and functionalities. In Python, lists are the most efficient and user-friendly data structure.
However, Python doesn’t come with any built-in support for the array. To utilize the array module or the NumPy package in the Python application, we must first import the array module. And that is the main Array and List difference. Let’s take a quick introduction to both data structures before getting into the details of this subject.

Python comes with a built-in linear data structure called a list. Data is stored in a sequential order using it. Several operations, including indexing, iterating, and slicing, can be applied to a list. The list has the following characteristics.

The first element in the list above is a number, followed by a string, and then a list of characters.

A linear data structure that stores the data is an array. It is also encased in square brackets, ordered, and modifiable. It has storage space for common things. However, there are limitations on how the various data type values may be stored.
Either an array module or a Numpy must be imported into Python in order to interact with an array.

The allocation of elements in contiguous memory locations makes it simple to change, add, remove, or access them. Additionally, we must provide the data type. Let’s analyze the next illustration.

The string type has been defined, and the string value has been saved.

Now, we have a brief introduction and features. Here, we will discuss the Array and List difference.