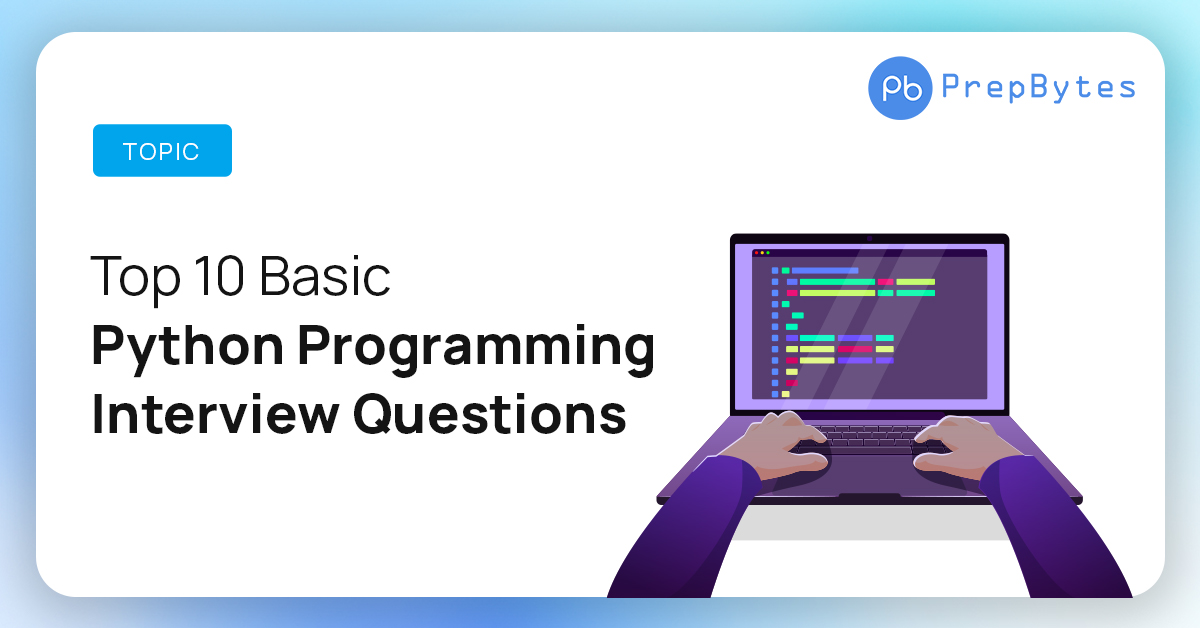 Python is a popular programming language. It was created by Guido van Rossum, and released in 1991.
It is used for:

In Python, it is only one line code for printing the hello world as output. In the above example, a print function is present which is used to print the output to the user.

In Python, variables are created when you assign a value to it. Python will make your workload less as there is no need to initialize any variables.

In programming, data type is an important concept.
Variables can store data of different types, and different types can do different things.
Python has the following data types built-in by default, in these categories:

We will see some data types used in some examples in the below topics.

Specify a Variable Type
There may be times when you want to specify a type on a variable. This can be done with casting. Python is an object-oriented language, and as such it uses classes to define data types, including its primitive types.
Casting in python is therefore done using constructor functions.

Lists are used to store multiple items in a single variable.
Lists are one of 4 built-in data types in Python used to store collections of data, the other 3 are Tuple, Set and Dictionary all with different qualities and usage.
Lists are created using square brackets

Tuples are used to store multiple items in a single variable.
Tuple is one of 4 built-in data types in Python used to store collections of data, the other 3 are List, Set and Dictionary all with different qualities and usage.
A tuple is a collection which is ordered and unchangeable.
Tuples are written with round brackets.

Sets are used to store multiple items in a single variable. A set is a collection which is unordered, unchangeable*, and unindexed.

Dictionaries are used to store data values in key:value pairs.
A dictionary is a collection which is ordered*, changeable and do not allow duplicates.

If, Elif, and Else

Decision making is required when we want to execute a code only if a certain condition is satisfied.
The if…elif…else statement is used in Python for decision making.

With the while loop we can execute a set of statements as long as a condition is true.

A for loop is used for iterating over a sequence (that is either a list, a tuple, a dictionary, a set, or a string).
This is less like the for keyword in other programming languages, and works more like an iterator method as found in other object-orientated programming languages.
With the for loop we can execute a set of statements, once for each item in a list, tuple, set etc

A function is a block of code which only runs when it is called.
You can pass data, known as parameters, into a function.
A function can return data as a result.
In Python a function is defined using the def keyword.

This article tried to discuss basic python programming topics. Hope this blog helps you understand and solve the problem. To practice more problems you can check out MYCODE | Competitive Programming at Prepbytes.