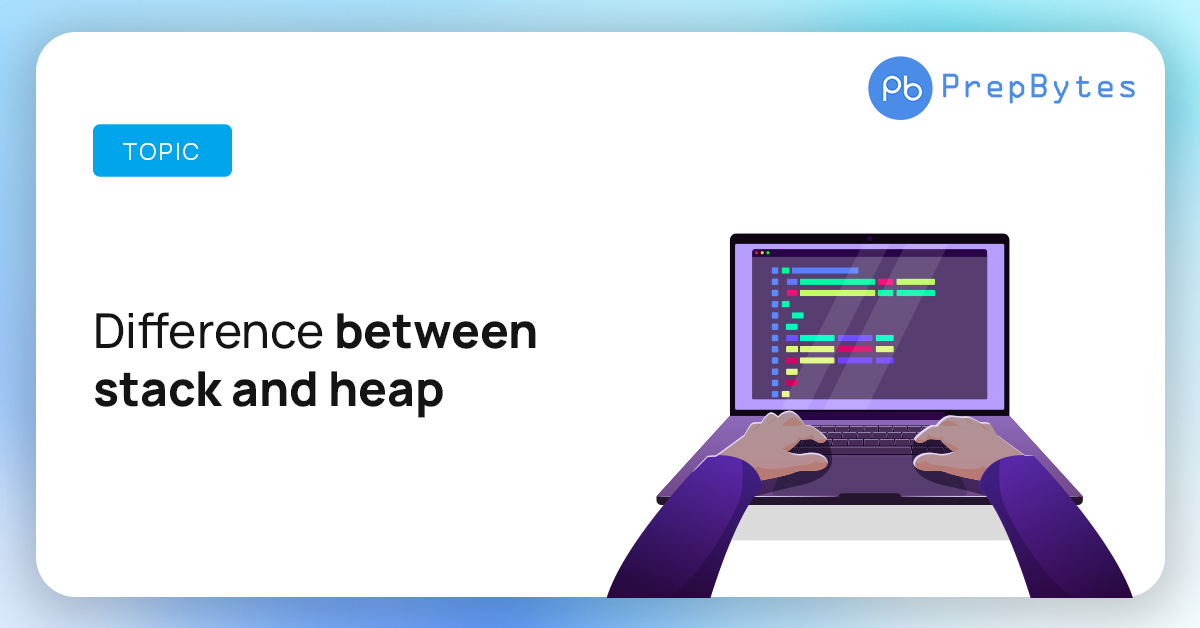 What is Memory Allocation?

What is Stack Memory?

Stack is a linear data structure that is generally used when we need to follow the Last in First out (LIFO) manner. It stores the variables, references to objects, and partial results. Memory allocated to stack lives until the function returns. This means that the value stored in stack memory is only available while the execution is still running, and it will be automatically erased once the task is completed. If there is no space for creating new objects, it throws a stack overflow error.

We will understand the stack memory concept using the below example.

In the below program, we can see that there are two main functions. These functions and local variables are stored in stack memory which we can see below image.

When does Stack Overflow (error) happen in Stack Memory?

Stack overflow happens in stack memory while the program goes in an infinite loop means that recursive manner. Because after some time stack memory is filled with a recursive function and at that time overflow occurs.

The below program is an example of Stack overflow.

Now, we will understand how above program is executed in stack memory.

In the below image, we can see that the first function main and variable y are stored in stack memory.

In below image, again function work is stored in stack memory because it calls itself again and again.

Now, our function goes in an infinite loop. That is why in the below example we can see that our stack memory is filled fully and stack overflow occurs.

What is Heap Memory?

The allocation of heap memory occurs during the execution of the programmer’s instructions.The term heap refers to a collection of memory that the programmer can allocate and deallocate. As a result, the heap has no relation to the heap data structure.When compared to stack, heap stores data in a hierarchical manner, resulting in slower access.

The image below shows how memory allocation is accomplished using the malloc() function.

This allocated memory will be accessed further using the pointer variable shown below:

1. What types of data can be stored in heap memory?
Heap memory is a dynamic memory that is used to store arrays, global variables, and any class instances (objects) created at runtime in Java that is referred to by reference variables from Stack memory.

2. Is heap memory permanent?
It is a scheme for allocating temporary memory in which data members are only accessible if the method() that contains them is currently running. It automatically allocates and de-allocates memory as soon as the corresponding method completes its execution.

4. Is stack memory permanent?
A stack is a type of memory area in a computer that stores temporary variables created by a function. Variables are declared, stored, and initialized on the stack during runtime. It is a type of temporary memory.