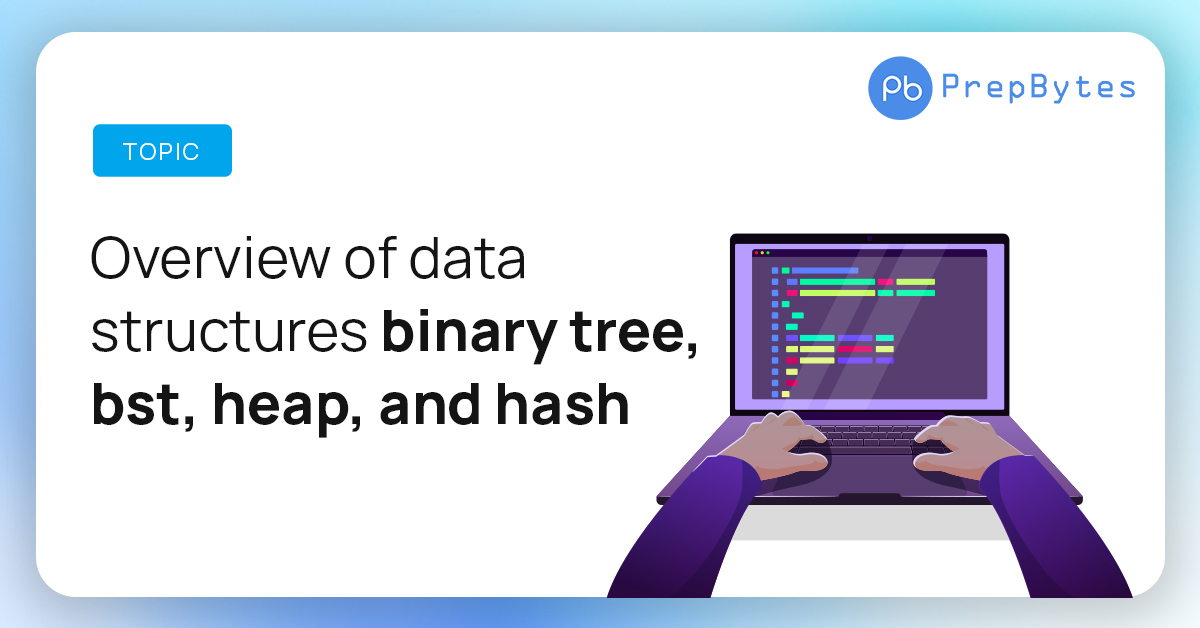 A Binary tree is a tree data structure in which each node has at most two children i.e. the left child and right child.

Representation: A binary tree is represented by a pointer to the topmost node i.e. root node or parent node and if the tree is empty, then the value of the root node is NULL.

Parts of the Binary tree:

Traversal of a Binary Tree:

A Binary Tree is a tree-based data structure with the following properties:

A Binary Heap is a complete binary tree that follows a heap ordering property. The representation is done as:

The above table shows the indexes of the ith node.

Hashing is a technique that is used for storing and retrieving data in a faster manner. The most popular use of hashing is the implementation of a hash table.
A hash table stores a key and a value pair in a list which is accessible through its index.
A Hash function generates the new value according to a mathematical hashing algorithm known as a hash.

This article tried to discuss the concept of binary tree, bst, heap, and hash. Hope this blog helps you understand the concept. To practice problems on Heap you can check out Data Structures and Algorithms.