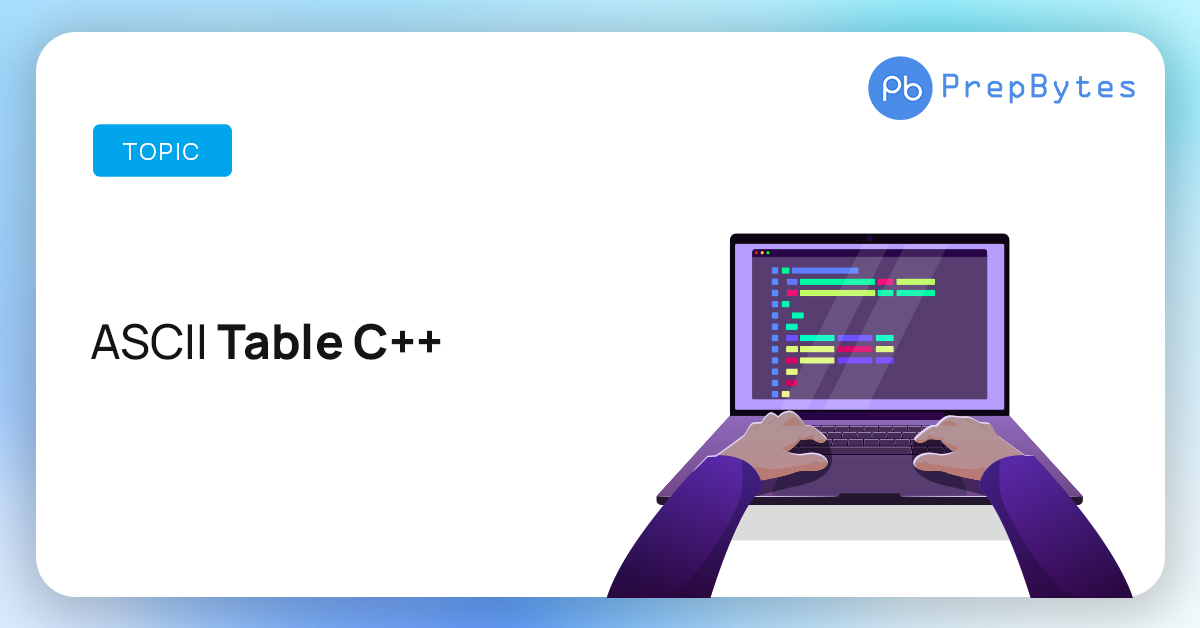 What is ASCII Table?

In total, there are 256 ASCII characters which can be divided into three types:

Printable characters can be further divided into three sub-categories:

Below are the ASCII values of Printable Characters (32, 127):

Program to Print ASCII value of 0 to 9

Why is ASCII Table important?

ASCII is important because it acts as a link between the computer screen and computer hardware, and that link is now the same between all computers.

ASCII is mainly used as a translator, which translates machine text into human text and vice-versa. Machines only speak in binary language, a series of 0 and 1. However, just like two human languages which can use the same alphabet but have completely different words for similar objects, machines also had their own version of languages. ASCII is used as a method to give all machines the same language, allowing them to share important data in form of documents and files.ASCII Table is important because this development gave machines a common language.

What is the Inline Function in C++