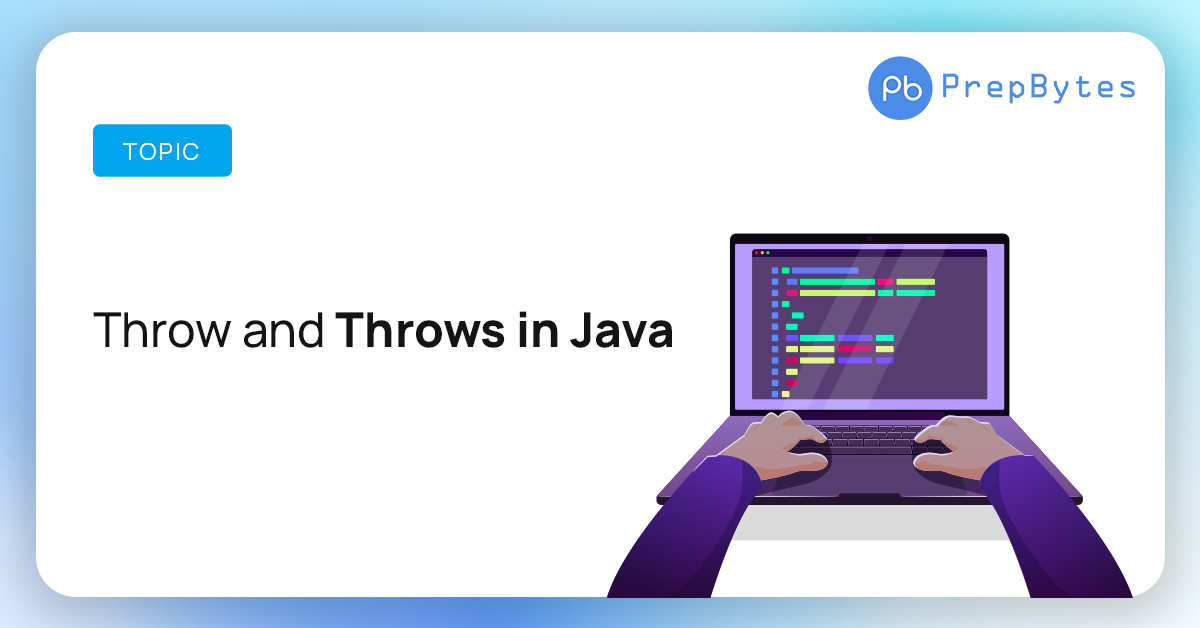 What is an Exception?

An exception is an undesired event, which occurs during the execution of a program. Exceptions are basically errors that are thrown when there is some problem in our code. For example, when a number is divided by zero ArithmeticException is thrown. In java, we can throw an exception on our own.

But why would anyone want to throw an exception on their own?

Imagine a user is asked to enter their age as input. We know that the age of a person can only be a positive number. So, if the user enters a negative or zero value as their age, we may throw an exception.

There can be more cases where the input entered by the user is considered invalid for our program. In those cases, we can manually throw an exception.

What is Exception Handling in Java?

What are Throw and Throws in Java?

‘Throw’ and ‘throws’ would seem similar having only a difference in tenses. However, in Java, these two are very distinct from each other and are used to do various tasks. Throw and Throws in java are simple keywords used in exception handling.

What is throw in Java?

The throw keyword in java is used to throw an exception manually and logically defined by the programmer during the execution of a program, the control moves from one block to another with the assumption that the exception of the error is defined and handled accordingly.

Syntax of Throw in Java is shown below:

A throwable object can be an instance or subclass of the Throwable class. All exceptions defined in Java are subclasses of Throwable.

Implementation of Throw in Java:

What is throws in Java?

Syntax of Throws in Java is shown below:

As seen above, a method can throw multiple exceptions, which a comma should separate in the declaration. All exceptions that can be thrown by a method should be declared in the method signature using the throws keyword.

Key Differences between Throw and Throws in Java