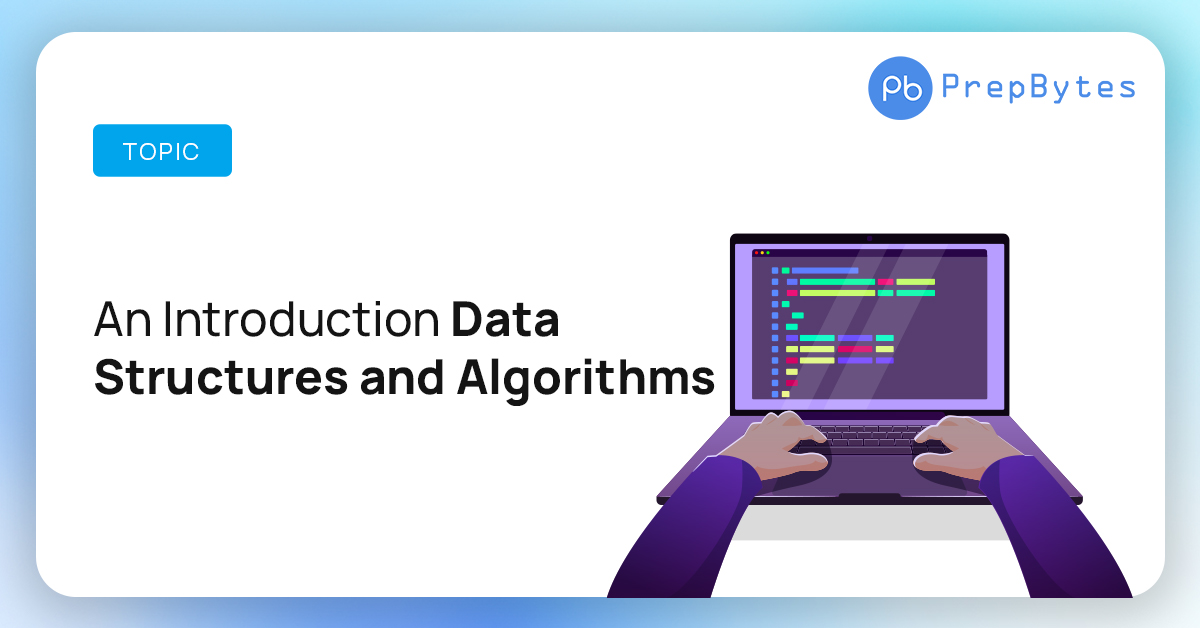 What are Data Structures

Data Structures are used to allocate or arrange the data in the storage space in a manner so that access becomes faster and easier. Proper storage of data which results in efficient access is possible with the help of the correct algorithm.

The moment a data structure is created, it takes its required chunk of space from the main memory. i.e. RAM or Random Access Memory of the System. Various data structures include Arrays, Linked Lists, Stacks, Queues, Trees and Graphs. These are some of the primary data structures most often used. We will study their working of them in the article focused on the topic of data structures and algorithms.

Data Structures are required to store the data in proper and clean order where the operations become fast and efficient with a decrease in algorithm complexity.

Some of the commonly used data structures are-

Primitive Data Structures are built-in with the programming language to store data such as integer, float, boolean, char etc. The size for this data structure is fixed

Non-Primitive Data Structure is user-defined and implementation is performed to access and perform operations. They vary in size on the basis of the information they hold. Examples include Linked List, Tree, Graph, Stack, and Queue.

Elements are arranged sequentially in a Linear Data Structure. For example, Array, and Linked List.

Elements are not arranged sequentially in a Non-Linear Data Structure. For example, Tree, Graph

Homogenous data structures consist of all the elements of similar data types. For example, Arrays

Non-Homogeneous data structures must not consist of all the elements of similar data type. For example, Structures, Hashmap

An algorithm can be defined as steps to solve a problem. Solving a problem can not be done without the use of Data Structures and hence Data and Structures and Algorithms go hand in hand in terms of problem-solving.

An algorithm must not be confused with actual code in a particular programming language but a concise human-understandable idea to get to the solution of the problem. Flowcharts and Pseudocode are generally used to express the algorithm. Let’s see what these two are about-

Description of an algorithm consisting of all the steps to solve a particular problem understandable to a layman is known as pseudocode.

A visual representation of an algorithm consisting of all the steps to solve a particular problem understandable to a layman is known as a Flowchart.

Characteristics of an Algorithm

There are five characteristics that an algorithm must follow in order to be feasible:-

The algorithm should or should not be given a well-defined set of inputs externally beforehand as per the lateral processing and output of the program.

At least one output should be attained at the end stating that the algorithm is providing us with one or many vital results.

No fault must be present in each step of the algorithm and a correct flow must be maintained.

Each step of the algorithm must be definite and free of any ambiguous elements.

The algorithm must be limited and must end at a point where it consists of a finite number of steps.

The performance of the algorithm is an important factor to determine if it is suitable to use for production-level code. Performance is measured by deducing the storage space it uses and the time it consumes to get a certain task done, these two measures are famously known by the names of-

The total memory required by the algorithm is termed Space Complexity. It becomes critical to monitor the space when there is a shortage of space or in case of access to multiple users.

The time taken to execute the program denotes the Time Complexity. It becomes necessary for the programmer to design an algorithm that takes the least time in finding a solution.

There are three cases discussed whenever we talk about the complexity of an algorithm that is the best case, average case and worst case. Generally, the Worst case is taken into consideration most of the time depending on the scale of the hazard and the cost that the algorithm is going to have.

We studied the types into which data structures are classified and the role they play in solving problems as well as what are algorithms and their characteristics and the factors on which we are able to analyze an algorithm.

We hope to see you at PrepBytes again with another helpful information. Thank You