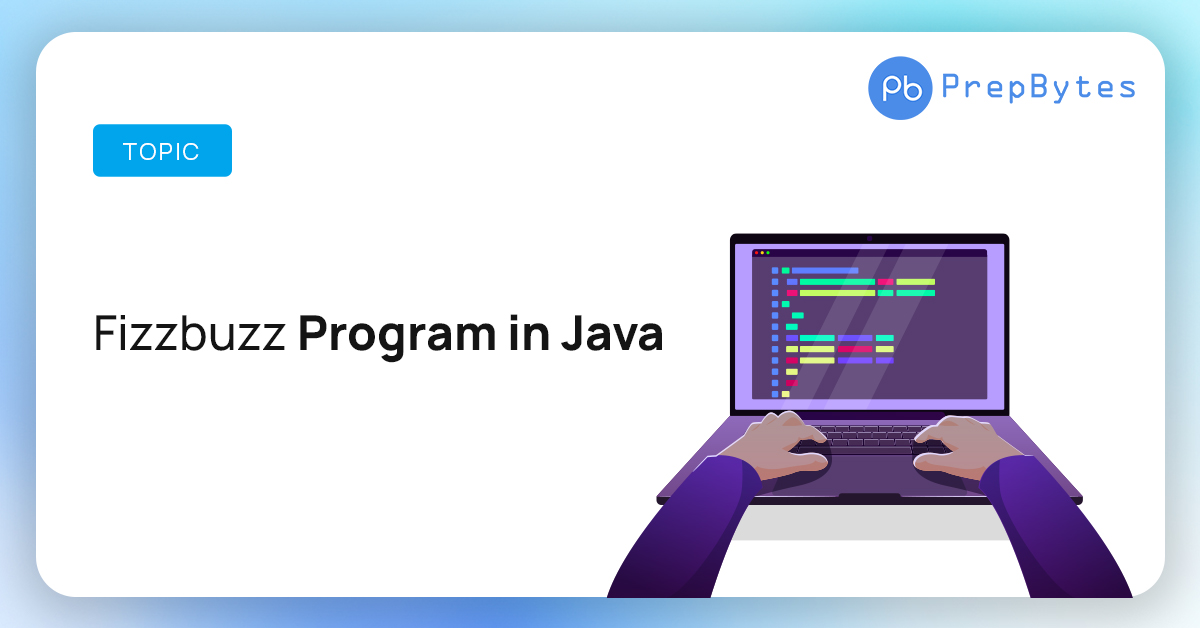 The fizzbuzz Problem is one of the most famous interview problems to check if the interviewee has sound knowledge of programming logic and problem-solving abilities irrespective of the programming language it is being implemented in. The reason it is taught to novices is to help them with the basics of logic building.

Now that we have some clarity, looking at the Game of Counting that goes by the name of FizzBuzz. Let us have a look at the dry run of the fizzbuzz program in java.

Let’s suppose the input taken from the user is 20, which is the endpoint set upto which the program must run.

The illustration mentioned below is a flowchart that depicts the triplets of conditions that are going to be executed until the counter exceeds the input set up until which the program is going to run. Now looking at the algorithm of the program, it can be stated as: 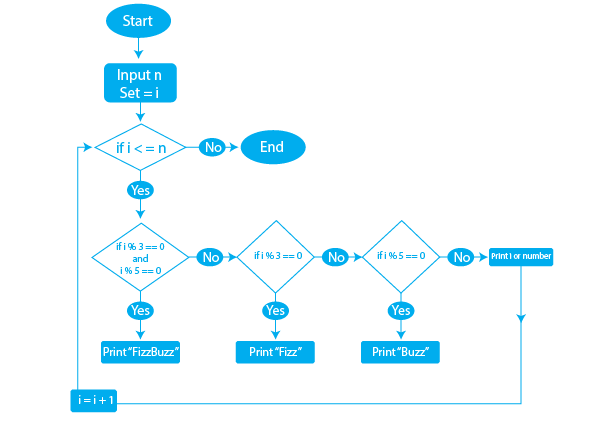 The algorithm to fizzbuzz is concise and straightforward to understand. Whenever we get a multiple of 3 and 5, we print FizzBuzz, a multiple of 3 will result in Fizz and a multiple of 5 will get Buzz printed instead. In a scenario where no condition is satisfied then the number at the index is going to be printed

However, there are two methods to solve the fizzbuzz program in java, as discussed in the article; the first uses a modulo and the second where we do not use a modulo.

Code for Fizzbuzz Program in Java

Let us look at the code using both the approaches discussed for the fizzbuzz program in java.

Explanation – Taking n as the input number from the user and later on, a loop is made to run from 1 to n with conditions for printing put in place. Code link and snippets are provided to help understand better.

Method 2: Without using the modulo operator

Analysis of the FizzBuzz Program in Java

Speaking of space, no extra auxiliary space is being consumed in the program, therefore we can conclude that the space complexity is constant. i.e. O(1).

Conclusion
We studied how to solve the fizzbuzz program in java using two approaches, one using the modulo operator and the other without using it. Dry run, flowchart, algorithm, code and analysis of code were discussed in the article.

We hope you liked the article on the fizzbuzz program in java. We expect to see you at PrepBytes with another informative article soon.