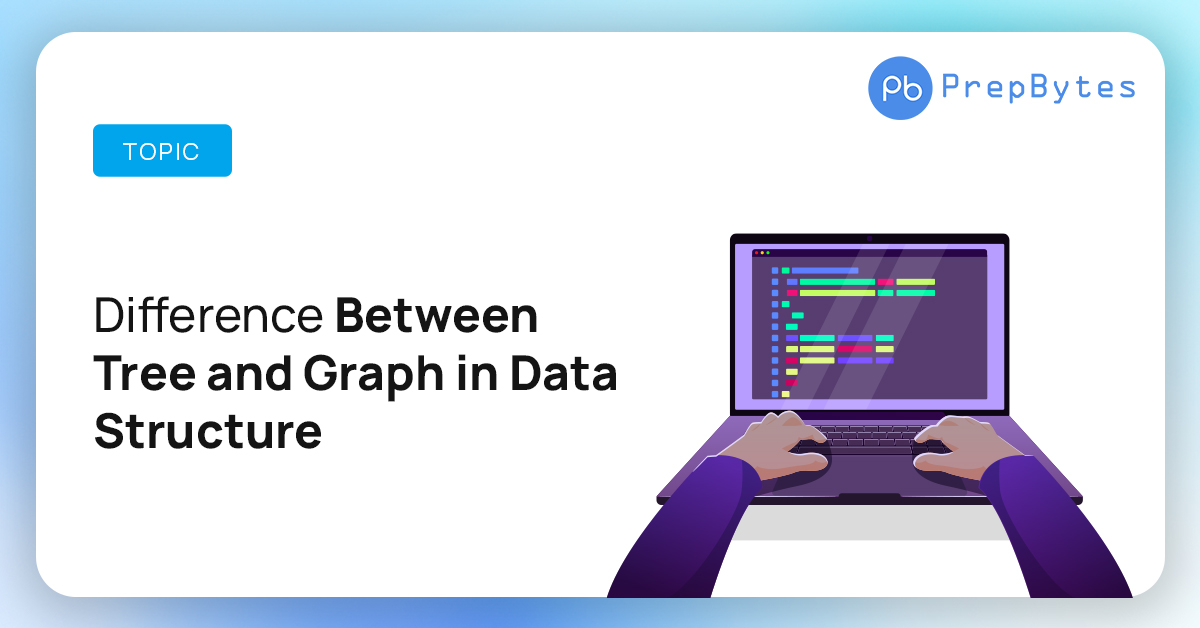 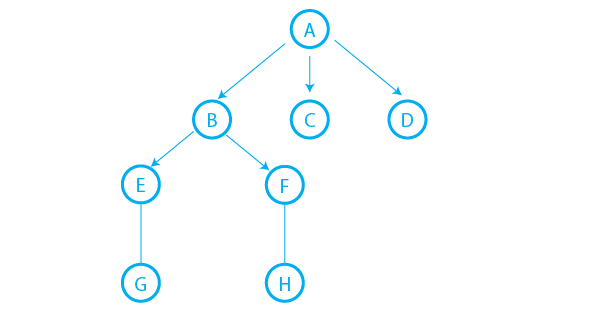 We can assume the firm hierarchy in the above diagram, where A stands in for the CEO, B, C, and D for the managers, E and F for the team captains, and G and H for the team members. This kind of organization, which includes several levels, is referred to as a non-linear data structure.

What is a Tree in Data Structure?

A non-linear data structure that describes the hierarchy is a tree. A tree is made up of a hierarchy-forming collection of nodes called nodes.

Let’s examine some of the terms used in tree data structures.

Note: The number of edges in the tree would be (n-1) if there were n nodes.

How is a Tree Represented in the Memory?

The data portion, the left subtree address, and the right subtree address are the three components that make up each node. Both link portions will have NULL values if any node does not contain the child.

What is a Graph in Data Structure?

A graph is a collection of items or entities known as nodes that are connected to one another by a set of edges. It is similar to a tree data structure. A graph does not follow any rules that describe the relationship among the nodes, but a tree follows some rules that specify the relationship between the nodes. A graph is made up of nodes and edges, and the edges can link the nodes in any possible manner.
It may be described mathematically as an ordered pair of a set of vertices and a set of nodes, where vertices are denoted by the letter "V" and edges are denoted by the letter "E."

Because the first item must be a collection of vertices and the second object must be a set of edges, we are speaking of an ordered pair in this context.
To uniquely identify each node in a network, each node has a unique name or index. Eight vertices in the network below are identified as v1, v2, v3, v4, v5, v6, v7, and v8. There are no first, second, third, and so on nodes. The nodes are not in any particular sequence. We will now look at how the edges of a graph can be represented. The graph’s two ends may be thought of as a representation of an edge.

Types of Edges in Graph:

Directed Graph: A directed graph is one that has directed edges.

Differences Between Tree and Graph in Data Structure.

Conclusion:
We have quickly covered the concepts of the tree and graph in data structure in this post. We also concentrated on the main distinctions between them. These two ideas play a tremendously significant role in mathematics as well as being critical for computer science.

An Introduction Data Structures and Algorithms