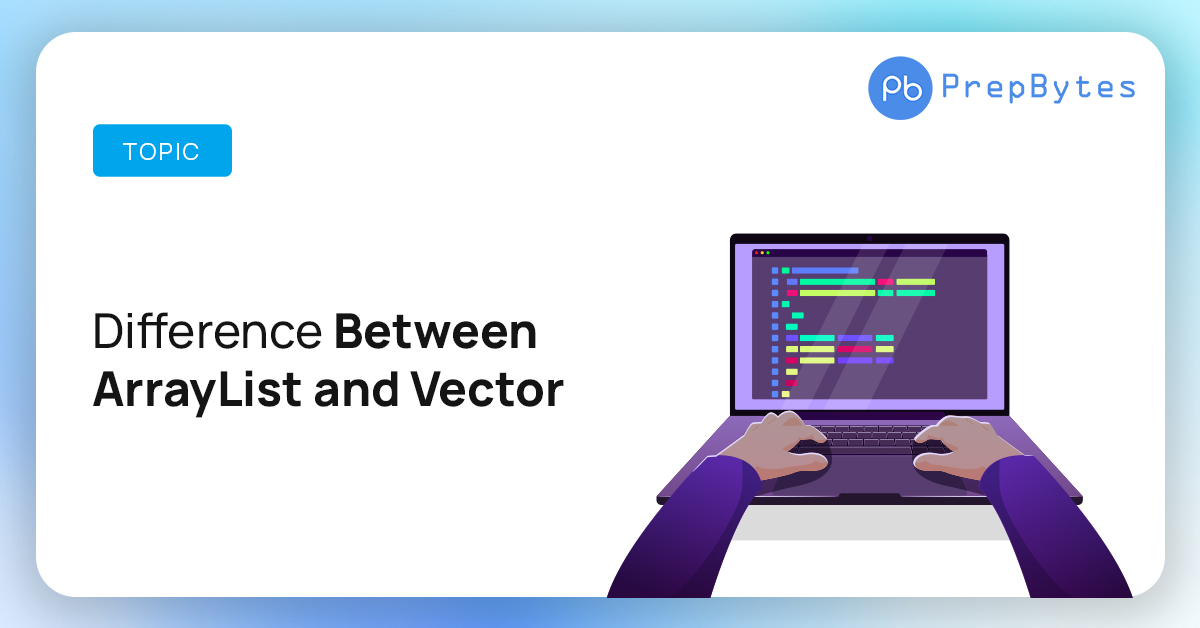 Another significant distinction is that whereas Vector is synchronized, ArrayList is non-synchronized.

One of the common collection classes is ArrayList. The ArrayList class is a standard collection class that extends AbstractList and implements the List interface from Collection Interfaces. It is specified inside java.util package. A typical array in Java is always a fixed length. This means that once something is formed, its size does not change on demand.

Therefore, you should be aware of the size of the array you are utilizing. However, it is possible that the requisite length will occasionally become clear during use, hence Java added ArrayList to address this type of circumstance.
A class called ArrayList is used to dynamically create an array that contains references to the items. The size of this array might expand as needed. The declaration of the class is as follows:

In this case, E designates the kind of objects that an array will include. When objects are added to or removed from the list, a variable-length array is produced and its size changes.

You can see from the code above that I made an array of string-type objects. I used the add() function to add certain items to the array S1 and the remove() method to remove some of those same things. You can see that the array will have a length of "0" if the starting size is left blank. As you can see, as elements are added and removed, the array’s size increases and decreases.

Vector is a legacy class that has been redesigned to support the collection class in the hierarchy of the Collection Framework. The AbstractList class extends the vector class in java.util package and the List interface implements the interface. This is how the Vector class is declared:

The E in this case specifies the kind of item that will be kept in the array. The length of an array made with the Vector class is flexible. If the increment is not supplied, it doubles in size. Let’s see how a vector may be used to create an array.

You can see from the code that I specifically indicated the size and increment value in the constructors of the Vector and string object arrays, respectively. You can see that the array increments by the value passed to the function Object() at declaration as the array’s maximum are reached.

Difference between ArrayList and Vector

Conclusion
So with this we end this article as we discussed the difference between ArrayList and Vector Also, I conclude by saying that the use of ArrayList is better than using Vector as it performs faster and better.