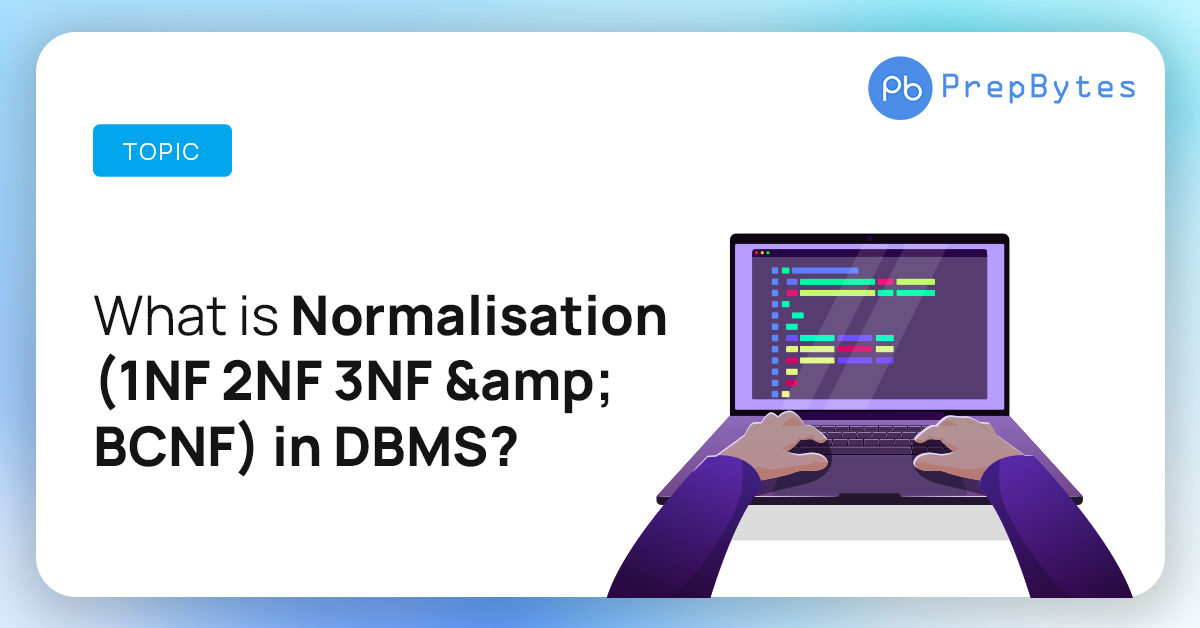 What is normalization in dbms?

Normalization is performed to remove anomaly and redundancy from a database. The need for normalization in dbms is to avoid problems such as:-

First Normal Form states that every attribute in a table must be single-valued and not multi-valued. Single-valued can also be termed as atomic.

Above table has multiple values in the second column i.e. articles. In order to maintain atomicity in the table, we will decompose to preserve atomicity by taking the following steps:-

From the above table we can notice that the disadvantage of First Normal Form is that it increases the redundancy and id with name I1 and I2 are repetitive. However, we are able to get rid of multiple values.

As we solved normalization in dbms with examples in past instances, let us take an example and understand better in this case as well.

Example:
Let us assume we have a relation R with attributes A,B,C,D,E,F denoted as: R (A,B,C,D,E,F)
which is in its first normal form. The dependencies are given as :-

Thus, 2NF Normalization in DBMS with example mentioned, we get to to that there is no partial dependency and the relations are in second normal form.

To achieve third normal form of normalization in dbms, a relation must be already in second normal form or 2NF, and all the non-prime attributes must depend on the super key.

What is Transitive Dependency
Let’s suppose we have information about students with their winning year, date of birth and sport they excelled at.

Table of Date of Birth

The set of functional dependencies is F = {GY -> SD, S -> D}
Candidate Key from above relation can be deduced as {GY}. There are no Partial Dependencies in the relation.

Similar to the past examples of normalization in dbms, to fulfill the requirements of BCNF, relation must already be in third normal form with a slight modification to its predecessor.

In each of the functional dependencies A -> B, these conditions must be fulfilled.

Difference Between DDL, DML and DCL in DBMS