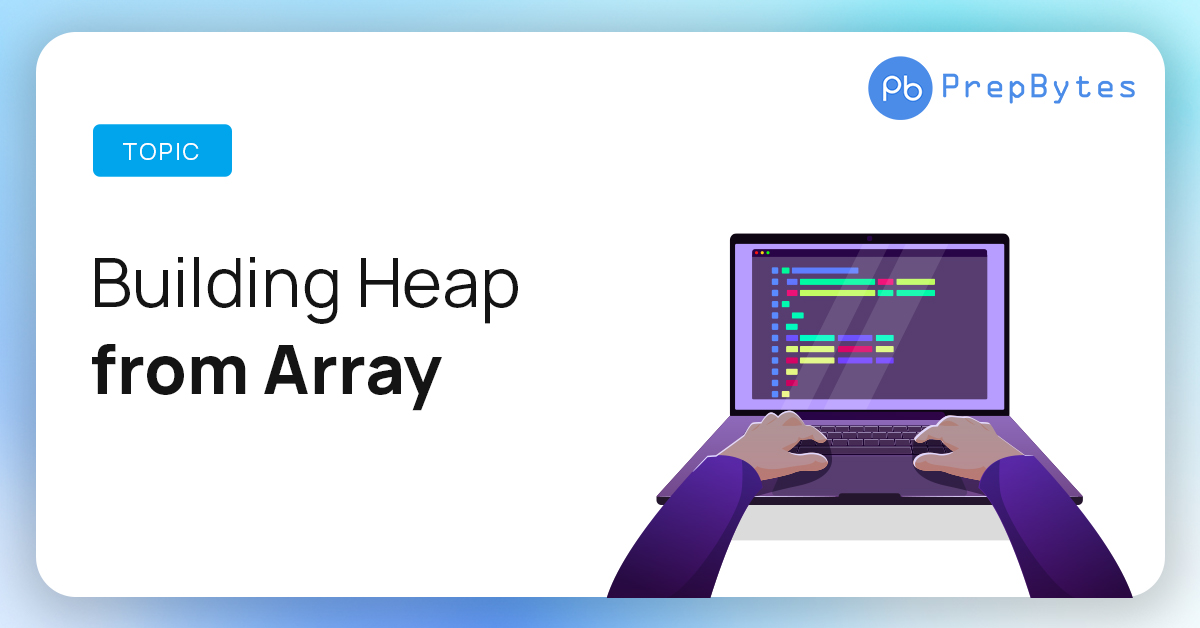 You are given an array of N elements. The task is to build a Binary Heap from the given array, either Max Heap or Min Heap.

Now, for sorting the elements inside the array, we can use many other sorting methods but we have to sort the array elements using the heap sort, so there are a few things that you need to keep in your mind while sorting which are

Now, let us have a discussion before we start sorting the array with heap sort

Now, reading the above Quick Think section we will have to think of some optimized approach to solving this problem which would obviously require less time complexity than above.

When you carefully notice that in the given input array the leaf nodes need not be heapified as they already follow the heap properties also we can see that the binary tree is formed in the level order, traversing the array from start to end to build the tree level by level, so how and on which element we will be performing the heapify operation?

As mentioned in the above paragraph we will find the position of the last non-leaf node and perform the heapify operation of each non-leaf node in reverse level order.

Now, let’s discuss the algorithm for building a heap from an array

Implementation Of The Above Algorithm:

The Running Time Complexity Of the Above Program is : O(nlogn)

Explanation Of The Above Code:

This article tried to discuss, Building Heap from Array. Hope this blog helps you understand and solve the problem. To practice more problems you can check out MYCODE | Competitive Programming at PrepBytes.

One thought on “Building Heap from Array”

What does a Binary Heap do?

What is Heap in Data Structure?

Time complexity of building a heap