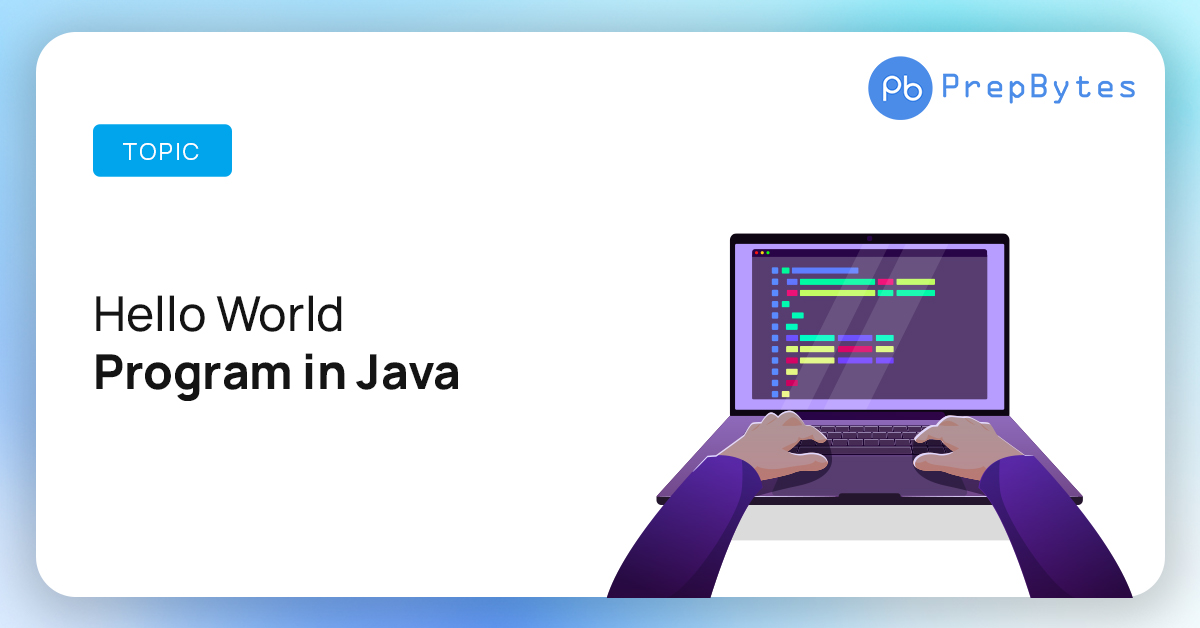 One of the most well-liked and often-used platforms and programming languages is Java. Java is quick, dependable, and safe. From PCs to online apps, scientific supercomputers to game consoles, and mobile phones to the Internet, Java is utilized everywhere.
The syntax of Java is straightforward and basic, making it simple to learn. It is built on C++, making it simpler for programmers who are familiar with C++.

Java programming may be broken down into three simple steps:

The simplest Java program is the one that prints "Hello World" on the screen. It is provided below. Let’s attempt to decipher each piece of code one by one.
// This is a simple Java program.
// FileName: "HelloWorld.java".

"Hello World!" The HelloWorld class declaration, the main function, and the source code comments make up the program’s three main parts. Your grasp of the code will be fundamental after reading the following explanation:

1.Class definition
This line uses the keyword class to declare that a new class is being defined.

2. HelloWorld
The class name is a part of the identifier. The space between the opening curly brace "{" and the closing curly brace "}" will contain the complete class definition, including all of its members.

3. main method:
The main method is a required component of every Java program. The main function (method), which is a must in a Java program, serves as the application’s entry point. whose Java signature is:

Similar to C/C++, the main method serves as the application’s entry point and calls all other methods that your program needs.
Here is the code for the next line. Take note that it takes place within the main() function.

System.out.println("Hello, World");
This line prints the phrase "Hello, World" on the screen, followed by a new line. By using the built-in println() function, the output is produced. Out is a variable of type output stream connected to the console, and The System is a predefined class that allows access to the system.

Conclusion
We discussed the Java program Hello World in this post.
We started by writing the program, then disassembled it to comprehend each line of code that went into it.
In our discussion of Java, we covered classes, the main function, the use of strings, the System.out.println() line, and comments.