The linked list is the most crucial concept and data structure to learn while preparing for interviews. Having a good grasp of Linked Lists can be a huge plus point in a coding interview.

So that means we will have to compare both the strings represented as a linked list, character by character, to check whether they are the same or not. If they are not the same, we will have to figure out which one is lexicographically greater. So below are the possible cases.

Let’s take some examples to understand this problem well by referring some websites to learn coding.

I hope from the above examples the problem is clear, and now the main question is how we should approach this problem?

Before jumping to the approach section, try to think about how you will approach it.

The idea is to start traversing through both the lists simultaneously and comparing each node of the linked lists. 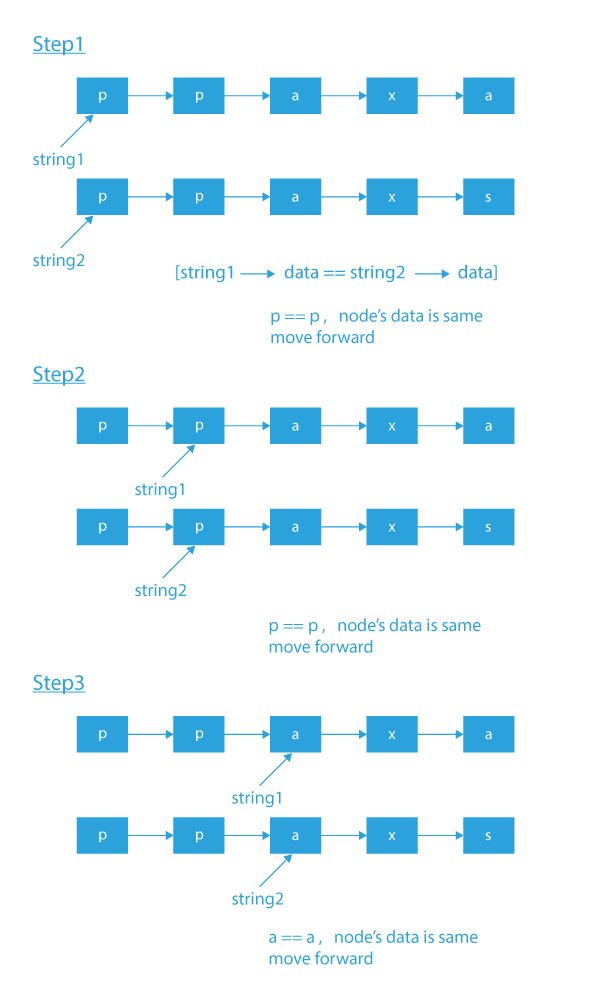 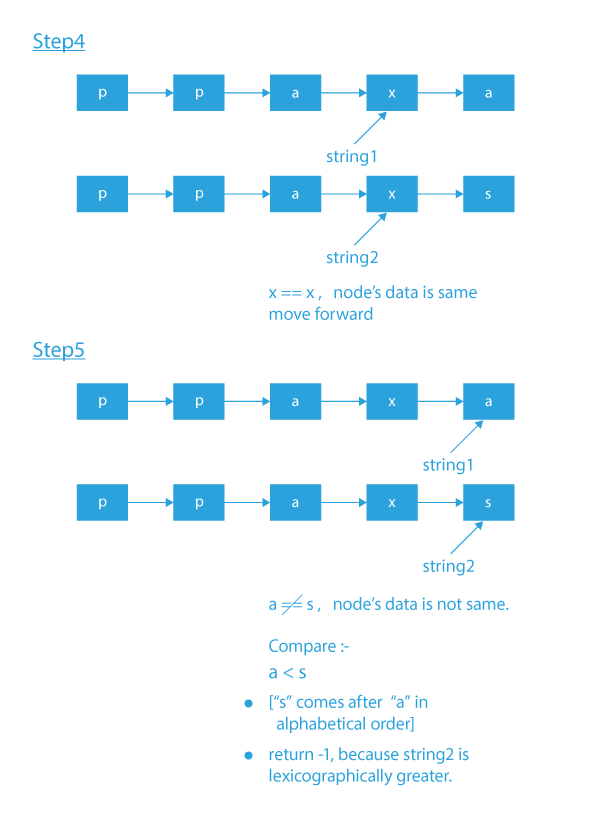 So, In this blog, we have learned How to Compare two strings represented as linked lists. If you want to solve more questions on Linked List, which are curated by our expert mentors at PrepBytes, you can follow this link Linked List.