## How To Convert Binary Tree To Circular Doubly Linked List
In this problem, we are given a ternary tree, and we have to convert it to a doubly linked list.

**Note:**A ternary tree is very much similar to a binary tree, but instead of having two children, it has three children left, middle, and right.

Let’s assume that the given ternary tree is: 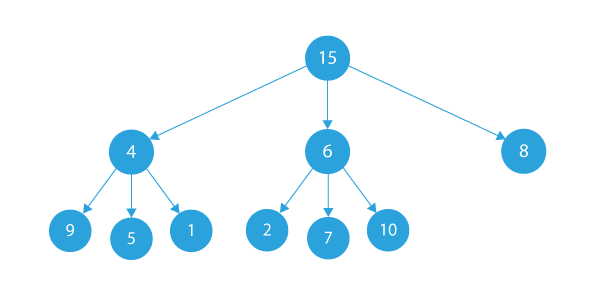 Taking another example, if the given ternary tree is: 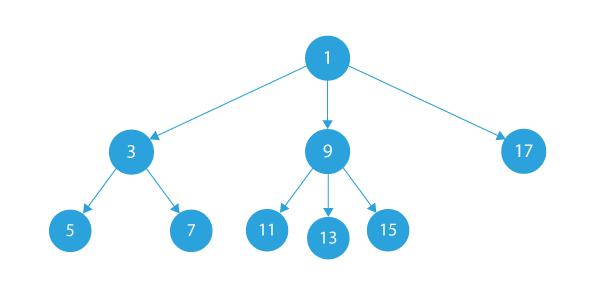 – Then, in this case, after conversion, our doubly linked list will be:

– If stuck, no problem, we will thoroughly see how we can approach this problem in the next section. 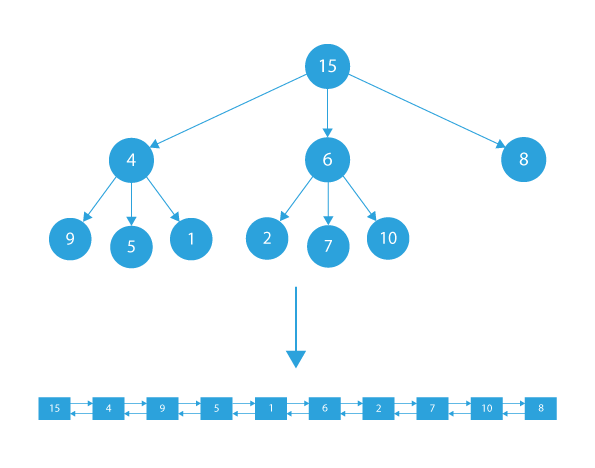 Hence, it is clear from above observations that every node should be inserted first in the doubly linked list, followed by its children’s.

Hence, it is clear from above observations that from children’s, the left child will be inserted first, followed by the mid-child and at last the right child.

In this way, our doubly linked list will be formed.

To create a desired Doubly Linked List from the given Ternary tree:

– Create head and tail of the linked list (head will be the starting point of the Doubly Linked List, and tail will store the last node of the Doubly Linked List).
– Perform a preorder traversal on the given tree.
– If the node is not present already in our linked list, then insert the node at the tail of the linked list. To insert a node to the list, we will use tail pointer. Suppose we have to add a node to the list, then: 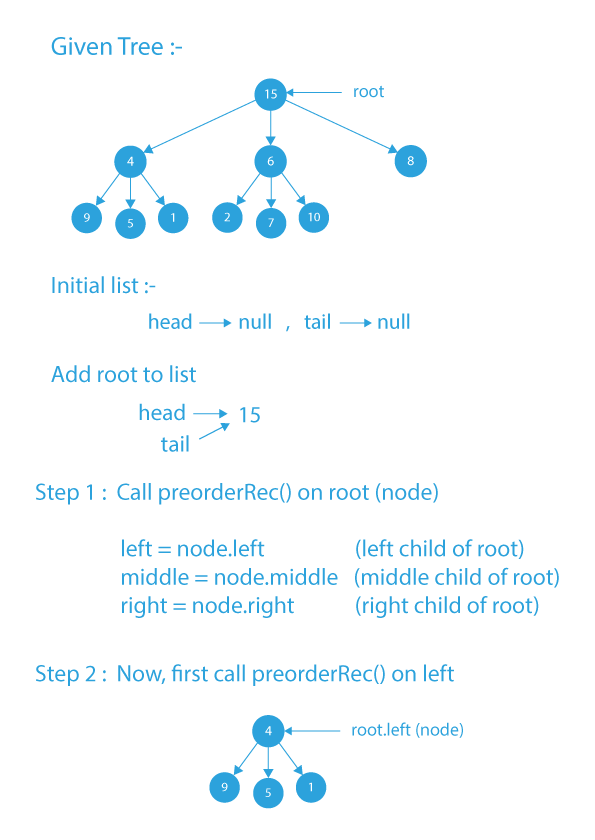 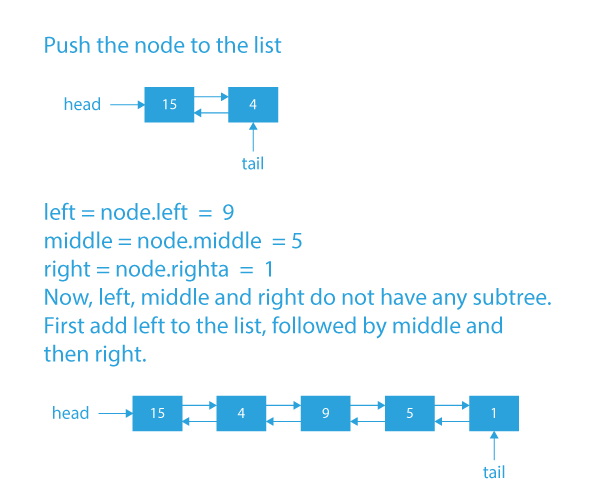 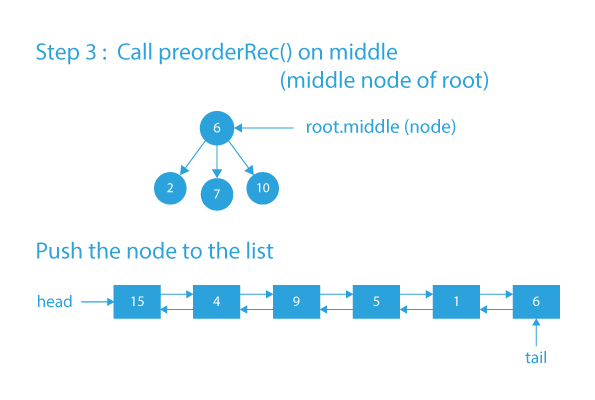 **Time Complexity To Convert Binary Tree To Circular Doubly Linked List:** O(n), where n is the total number of nodes in the given tree. We are traversing the tree which takes linear time.

**1. How do you convert a binary tree to a doubly linked list?**
The binary tree is a tree data structure in which each node has at most two children nodes. This can be achieved by traversing the tree in the in-order manner, that is, left the child -> root ->right node. Traverse left subtree and convert it into the doubly linked list by adding nodes to the end of the list

OOPS Concepts in Java with Examples

Java Program to Reverse a Number