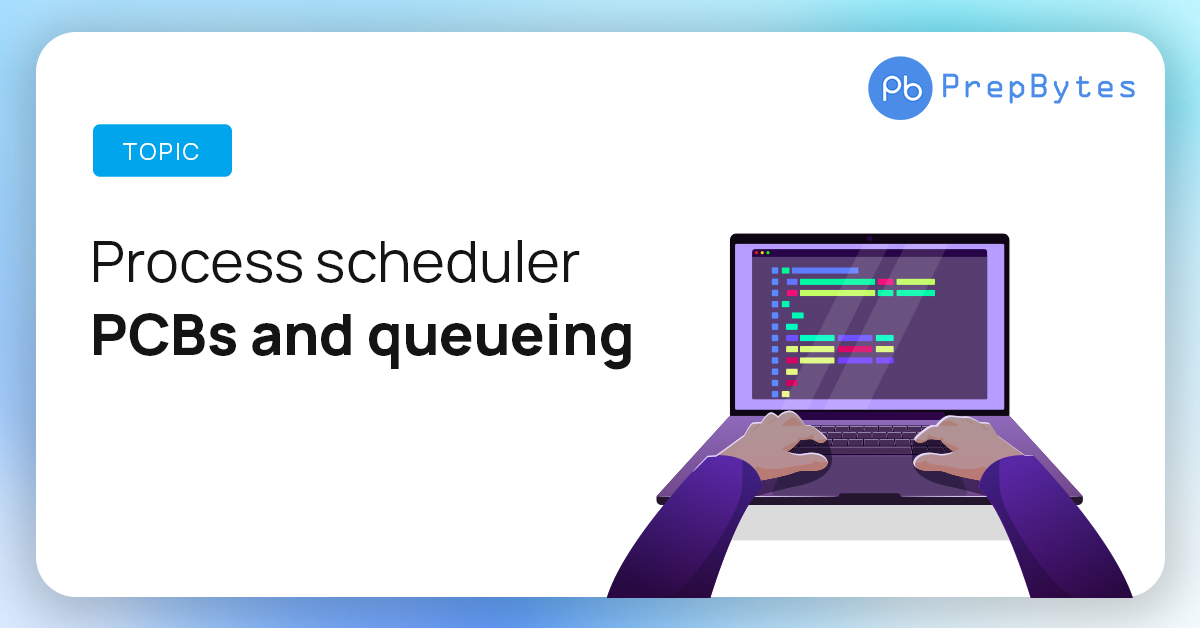 It is the activity of the process manager that handles the removal of the running process from the CPU and the selection of another process on the basis of a particular strategy.

In an operating system, the process scheduling is an essential part of multiprogramming.
And, the operating system allows more than one process to load in the executable memory at the same time and the loaded process shares the CPU using multiplexing.

When the state of a process changes, its PCB is unliked from its current queue and further moves to its new state queue.

When the job scheduler accepts a job, it creates the PCB i.e. Process control block and update it timely throughout the execution.

The PCB stores all the data about the job being processed, such as its progress in the system. This data is needed by the operating system to manage the processing of the jobs.
A process control block contains information about the process, i.e. registers, priority, process state, process number, etc. 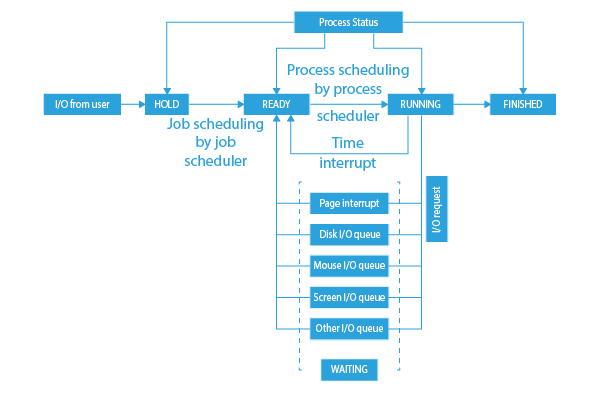 As shown in the above example, each queue can be seen as linked with PCB.

So, in this blog, we have tried to explain how to Process scheduler PCBs and queueing. To practice problems you can check out MYCODE | Competitive Programming at Prepbytes

What are the Types of an Operating System?

What is Operating System?

What is a Real-Time Operating System (RTOS)?

What is Operating System