A Circular Linked List is a list that has all the nodes connected to form a cycle, i.e., the last node points towards the head node to complete the loop of the cycle. There is no node pointing to the NULL, indicating the absence of any end node. 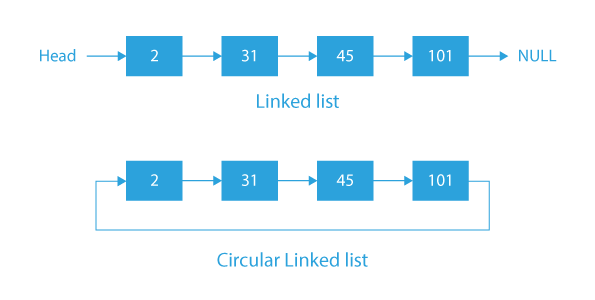 In this article, we will learn about the way of deleting a node from a Circular Linked List.

Let’s say if the given circular linked list is: 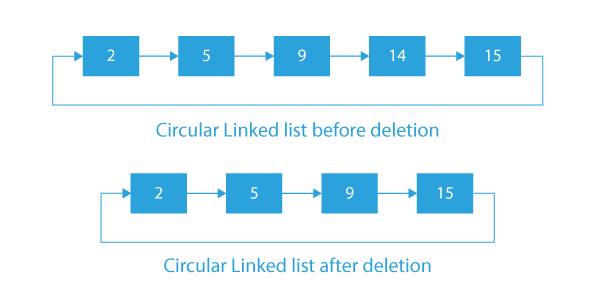 Taking another example, say, If the given circular linked list is: 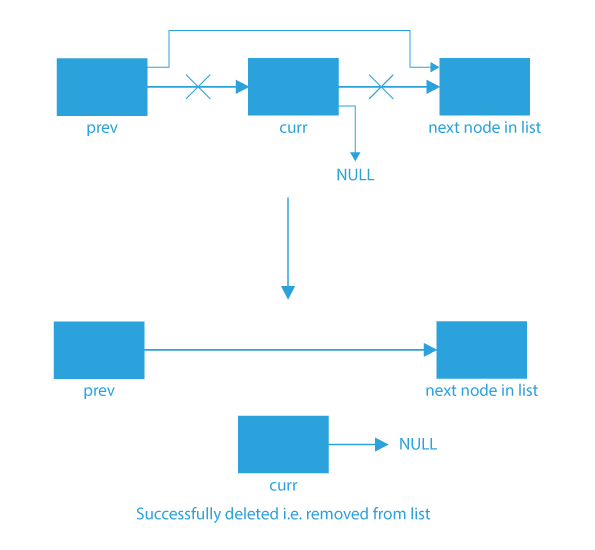 There can persist the following cases for the deletion operation:
a) The List is empty.

b) The given node is not present in the Circular Linked List.

c) We have found the node.

Let's see the dry run of the above algorithm. 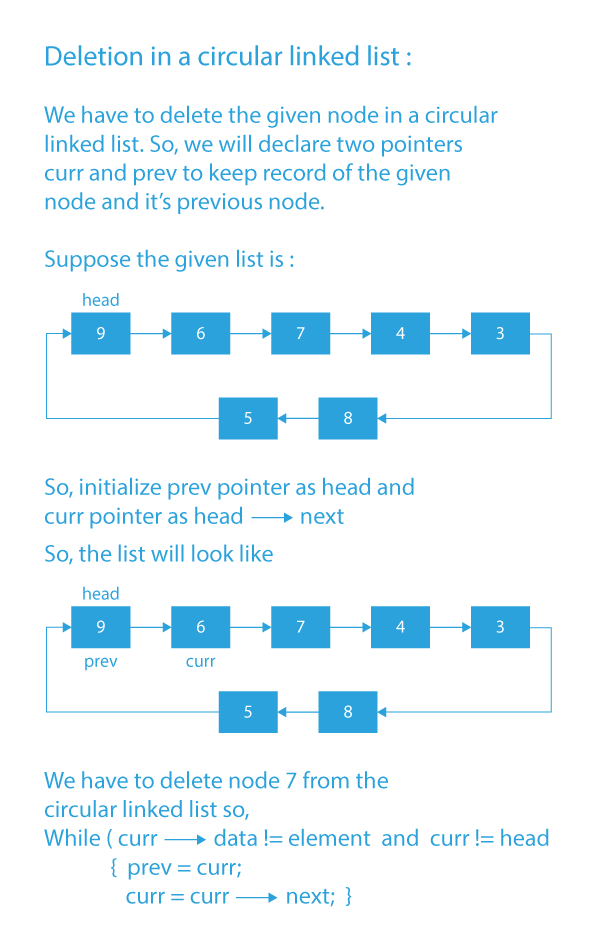 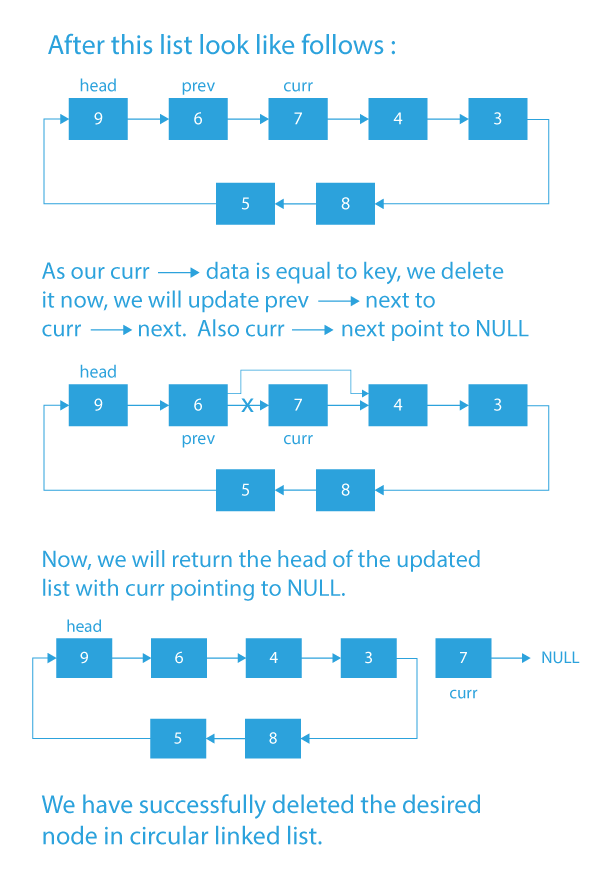 Time Complexity: O(n), where n is the number of nodes in the circular linked list. Traversing the list takes a linear amount of time. Hence, the time complexity is O(n).

So, in this blog, we have tried to explain how you can delete a node from a Circular Linked List. This is a basic problem and is good for strengthening your concepts in LinkedList and if you want to practice more such problems, you can checkout Prepbytes (Linked List).