Explanation: As the middle node is 6, it becomes the head of the linked list. 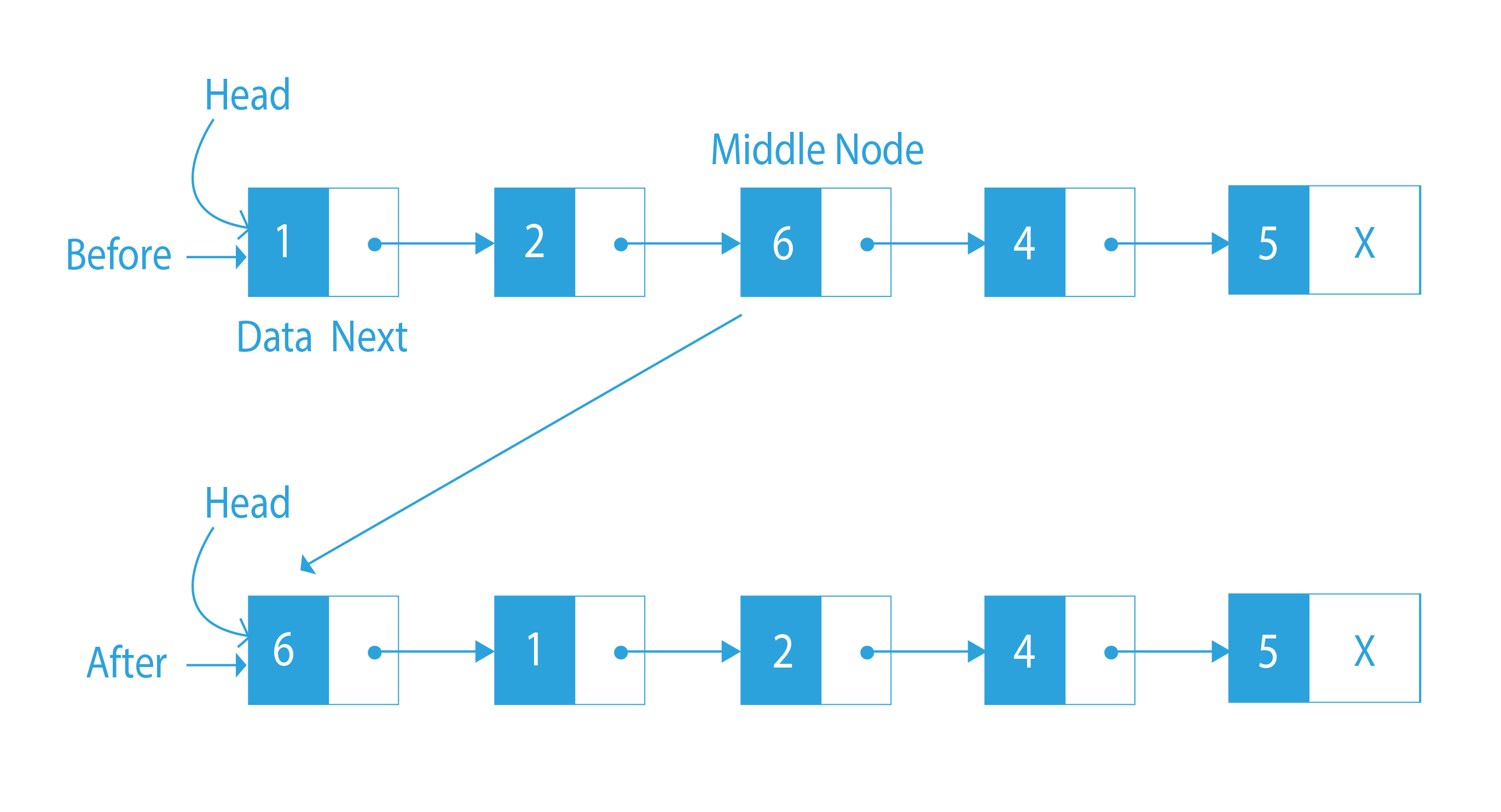 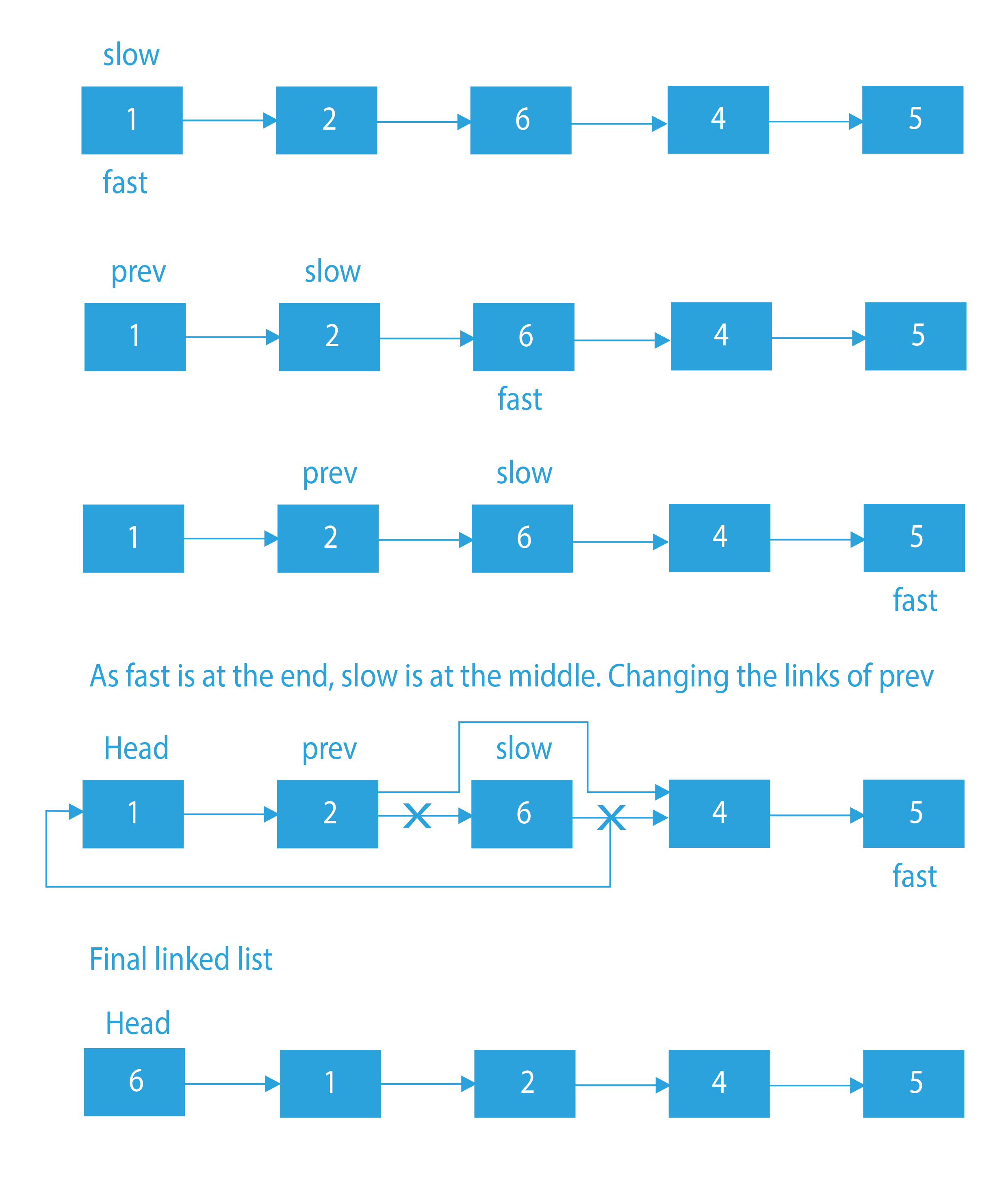 Space Complexity: O(1), as only temporary variable are being created.

So, in this article, we have tried to explain the most efficient approach to make the middle node head in a linked list. The question uses the two-pointer method which makes it an important one for coding interviews. If you want to solve more questions on Linked List, which are curated by our expert mentors at PrepBytes, you can follow this link Linked List.