In this problem, we will be given K sorted linked lists. We need to merge all the lists such that the newly created list is also in sorted order.

The problem statement is quite straightforward, we will be given K sorted linked lists, and then we need to form a linked list using the nodes of all the given linked lists such that the newly formed list is sorted in order.

Let's try to understand the problem with the help of examples:
If the sorted lists given to us are:

In this approach, we will be using min heap. 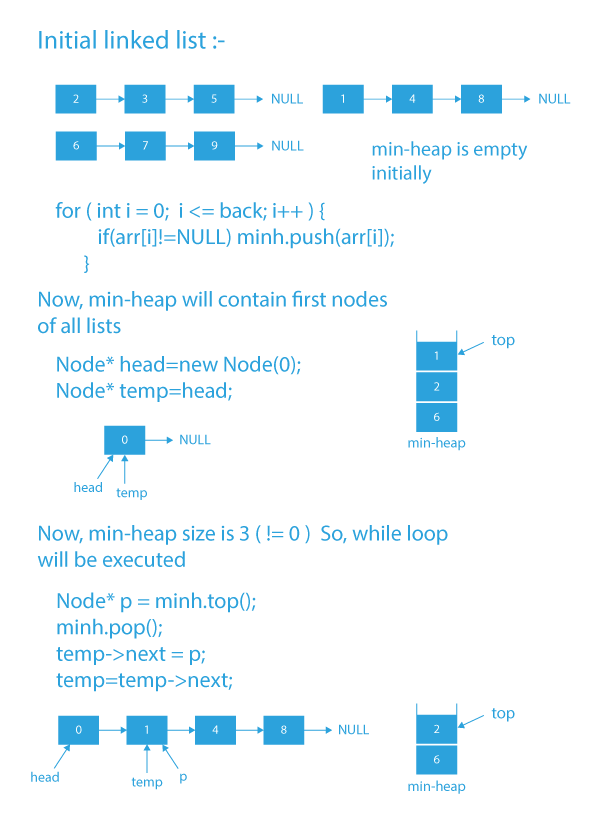 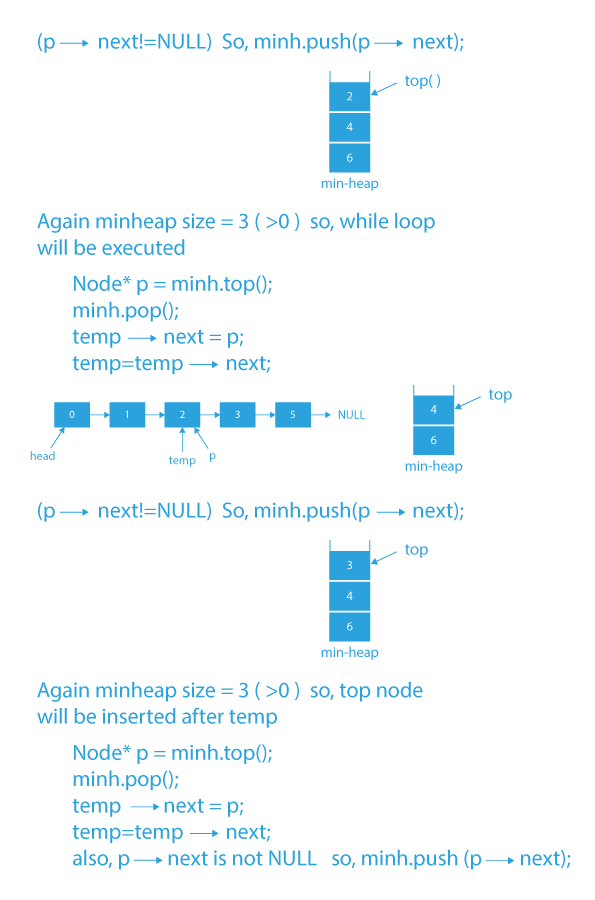 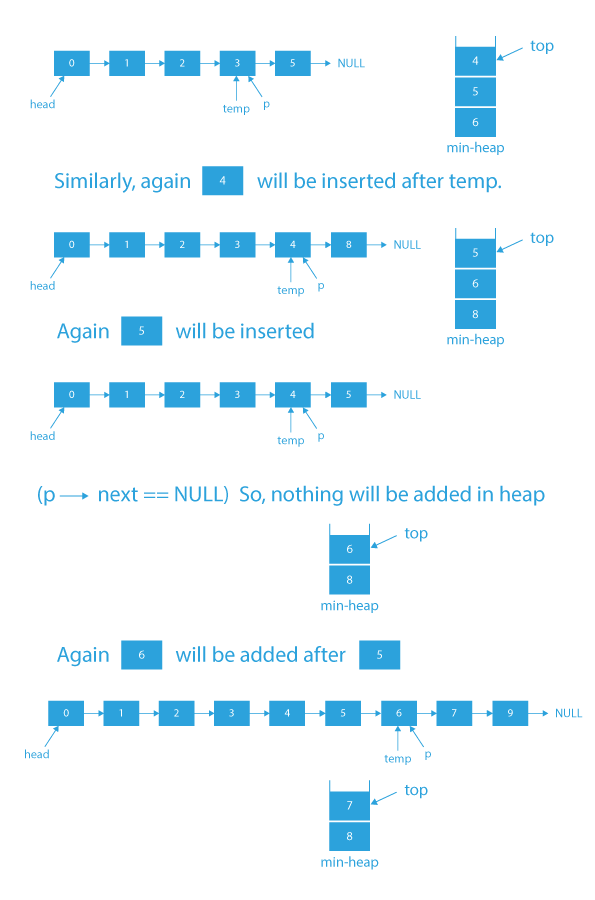 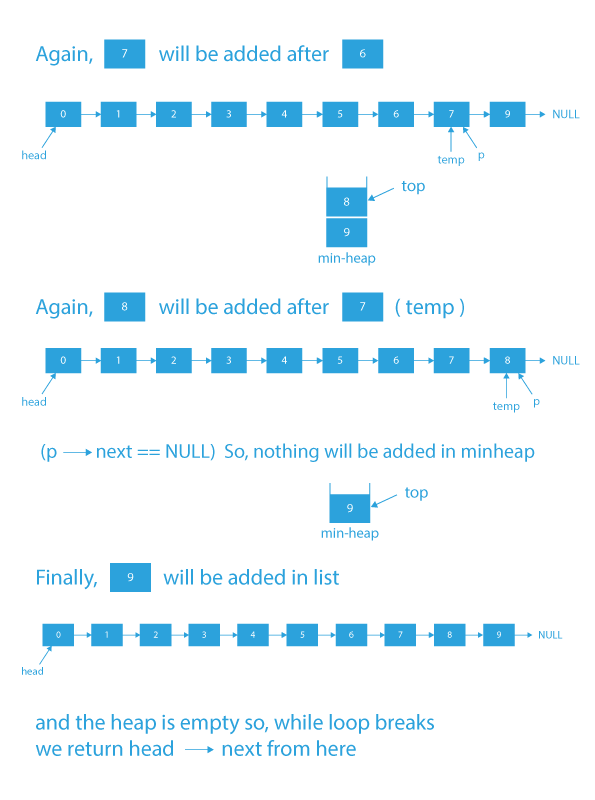 Time Complexity: O(NKlog(K)), N is the number of nodes in the list, and K is the total number of lists.

So, in this blog, we have tried to explain how you can merge K sorted linked lists using a min-heap. If you want to practice more questions on linked lists, feel free to solve them at Prepbytes Linked List.