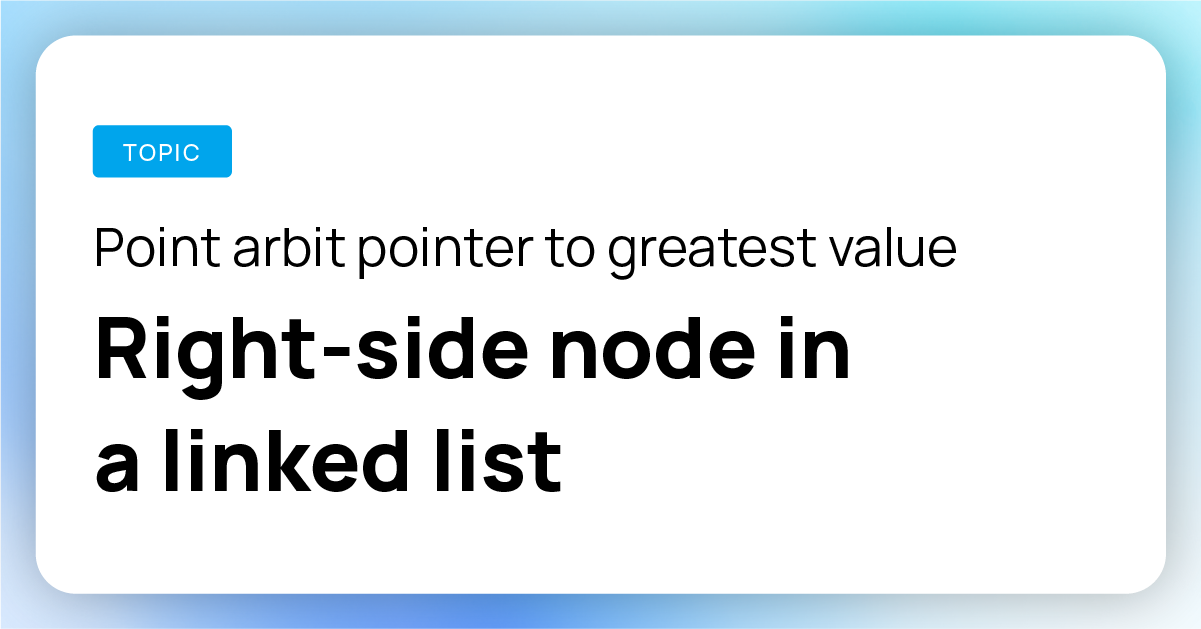 The problem statement is quite straightforward; we will be given a singly linked list in which, apart from the next pointer, we will also have an arbit pointer which will be NULL initially, and we need to make that arbit pointer point to the greatest value in the right part of the list.

Let's try to understand the problem with the help of examples.

Let the input given to us be:

So, the output will be:

Taking another example, if the given linked list is:

So, our output will be:

The above approach seems trivial but, it has a huge time complexity of O(n2). Can we reduce that and make our code more efficient in terms of time? 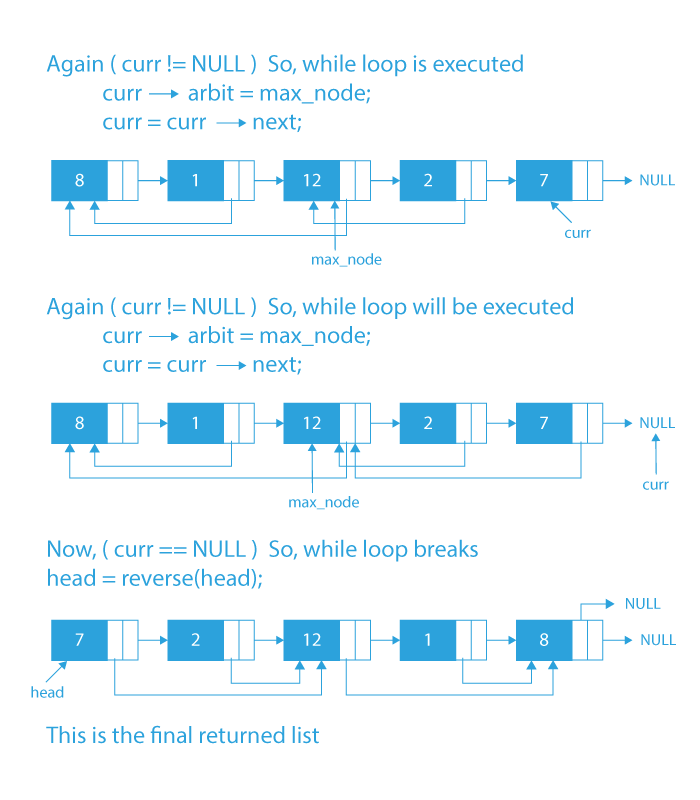 Time Complexity: O(n), where n is the total number of nodes in the list
[forminator_quiz id="5119"]

So, in this blog, we have tried to explain how you can Point arbit pointer of each node in a given list to the greatest value right-side node in the most optimal way. This is a good problem to strengthen your concepts in LinkedList and if you want to practice more such problems, you can checkout Prepbytes (Linked List).