To understand this problem statement, let us take examples.

then according to the problem statement:

Now, I think the problem statement is clear, so let's see how we can approach it. Any ideas?

The approach is discussed in more depth in the algorithm section.

1) We will return NULL if the head is NULL, i.e., the input list is empty.
2) Initialize two pointers odd and even with the first and the second node of the list, respectively.
3) Initialize a pointer evenHead with the second node.
4) Run an infinite while loop and inside it: 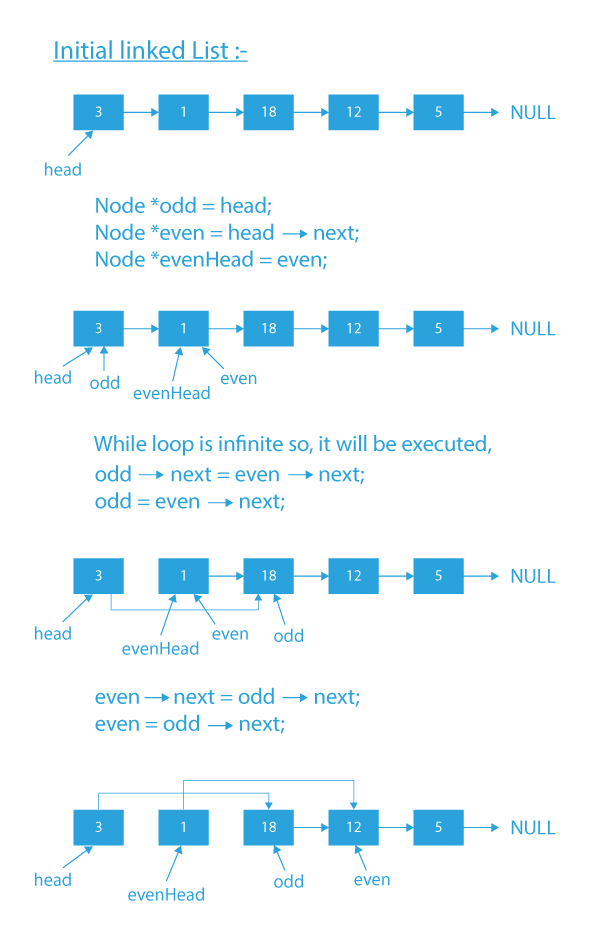 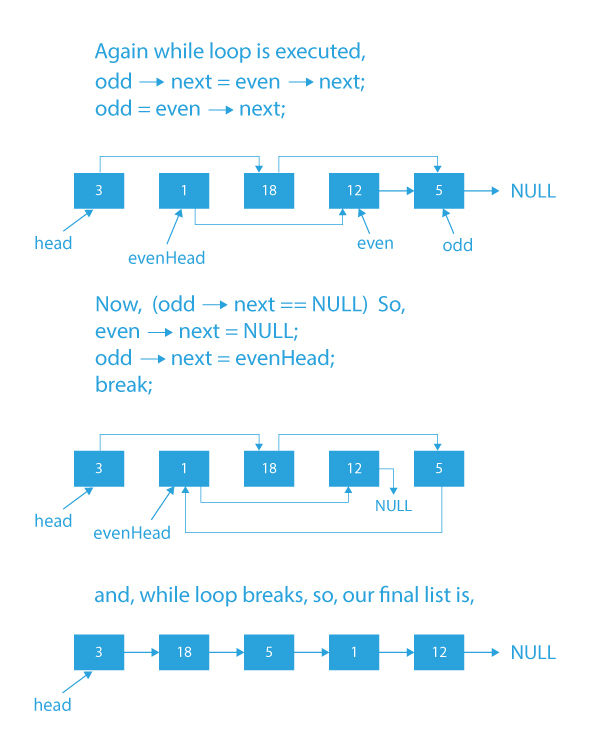 Time Complexity: O(n), where n is the total number of nodes in the list

So, in this blog, we have tried to explain how we can rearrange a linked list such that all even and odd positioned nodes are together most optimally. If you want to solve more questions on Linked List, which are curated by our expert mentors at PrepBytes, you can follow this link Linked List.