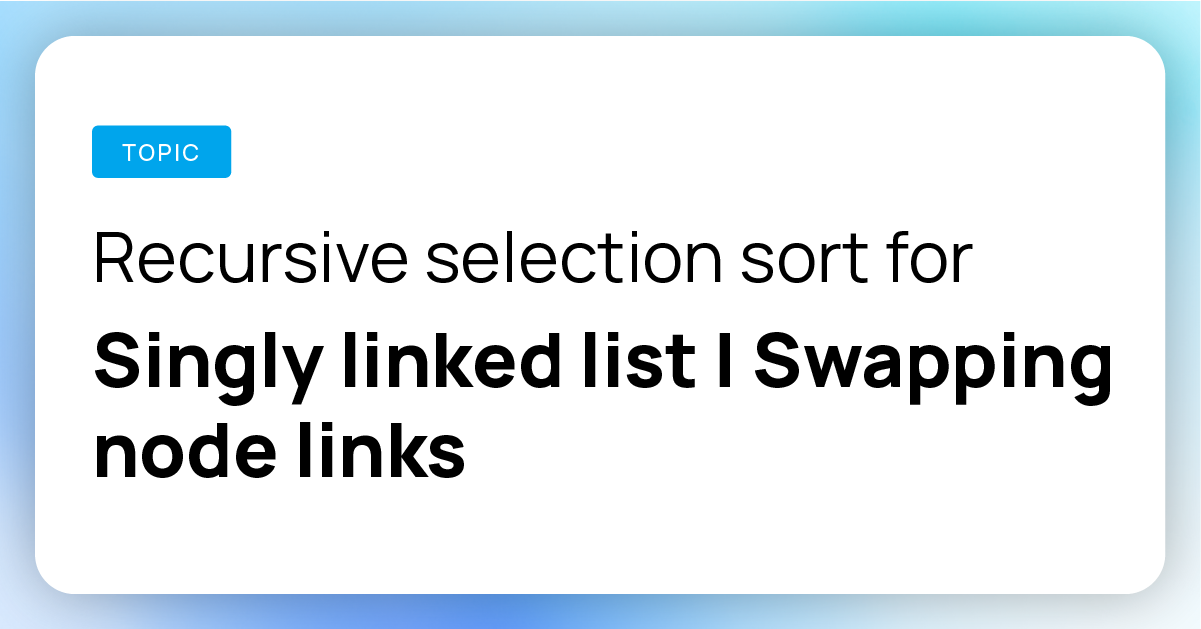 How To Perform Recursive Selection Sort In Linked List

In this problem, we will be given an unsorted linked list, and we need to sort it with the help of the selection sort algorithm recursively by referring to the best website to learn c language.

The problem statement is relatively straightforward, we will get a linked list as input, and we will have to sort it in ascending order using recursive selection sort.

Let’s try to understand it more clearly using an example.

Note: There are various sorting algorithms to do this task, but here in the problem statement, it is explicitly mentioned that we need to perform recursive selection sort. So, we will be performing that to get desired output.

Now the main question is what is Selection sort and how does it work?

Let’s find our answers in the next section.

Let us first understand how selection sort works on an array:

Let’s formulate the above steps in an algorithm:

After all the above steps have been executed, we will have our array sorted. 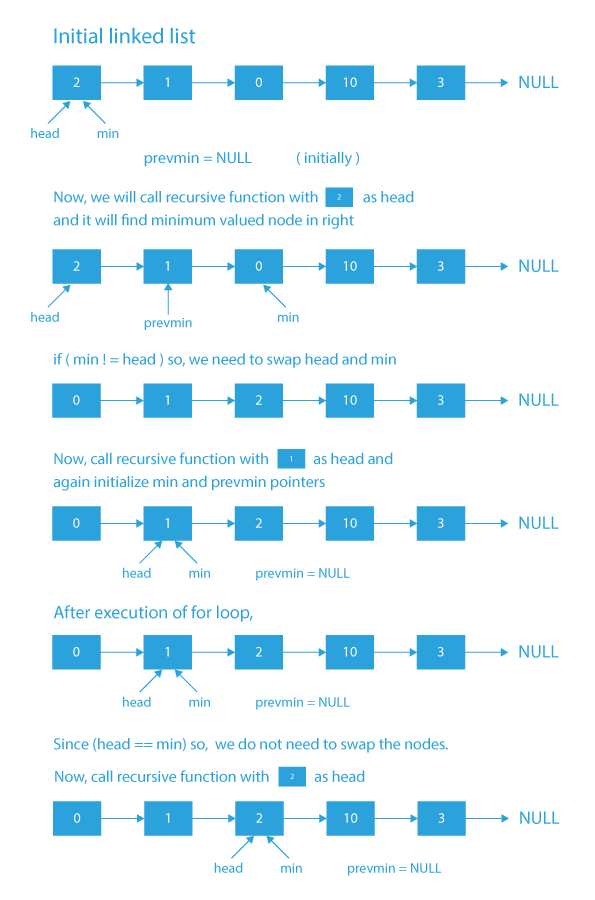 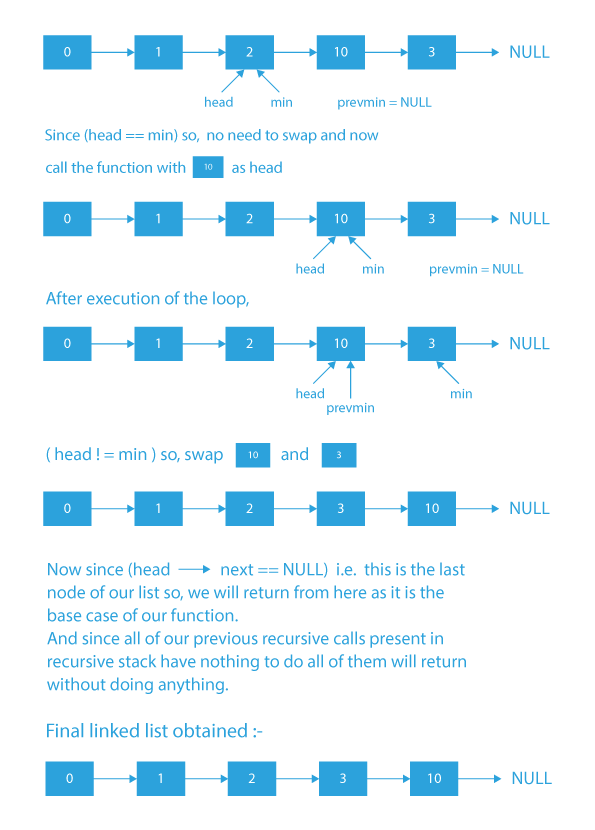 Now I think from the above explanation, you got a pretty good idea of how the selection sort works.

Let’s see under the approach section how we will use Recursive Selection Sort to sort a singly linked list.

Now, let’s formulate an algorithm based on the approach discussed above and handle the edge cases that might be present while implementing the code.

Time Complexity For Performing Recursive Selection Sort In Linked List: O(n2), where n is the number of nodes in the list.

Selection Sort is one of the sorting algorithms used to sort data by iterating an array from the beginning and replacing each element with the smallest element in the list. As we move forward the left array is sorted, and the right array is unsorted.

A method or algorithm that invokes itself one or more times with different arguments.

The key reason is that we are looking at the same function with different values of local variables. It is very important to make sure which input is currently being used when you are analyzing a recursive function.