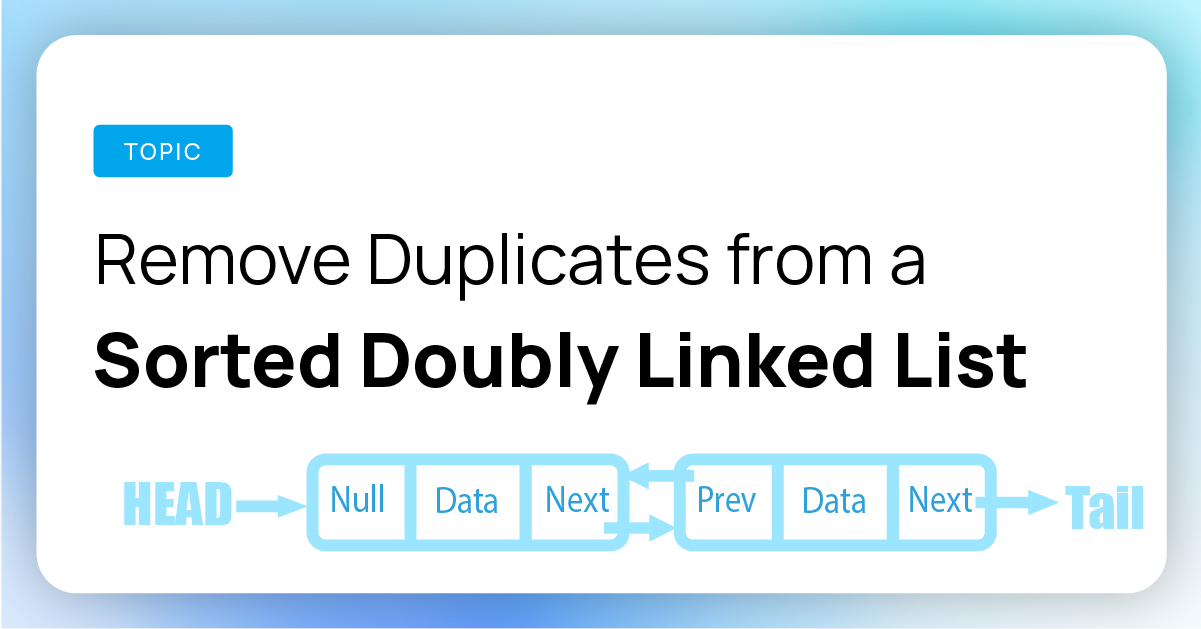 In this problem, we will be given a sorted doubly linked list containing some element occurring multiple times. We have to remove these duplicate occurrences of the elements.

Let’s try to understand the problem statement with the help of examples by referring the best online coding classes.

Now, I think from the above examples, it is clear what we have to do in the problem. So let’s see how we can approach it.

Before jumping directly into the approach section, first try to think how you can approach it. If stuck, no problem, we will thoroughly see how we can approach this problem in the next section. 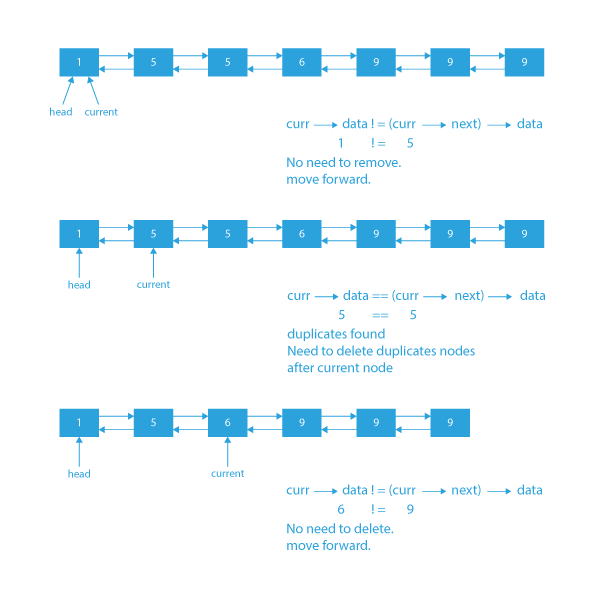 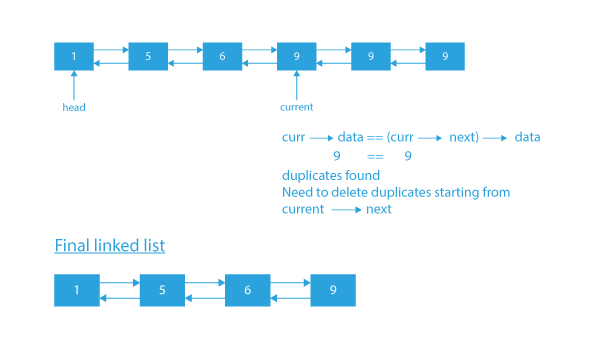 Time complexity: O(N), Since we have traversed through the list only once.
[forminator_quiz id=”4699″]

So, In this blog, we have learned How to remove duplicates from the sorted doubly linked list. If you want to solve more questions on Linked List, which are curated by our expert mentors at PrepBytes, you can follow this link Linked List.