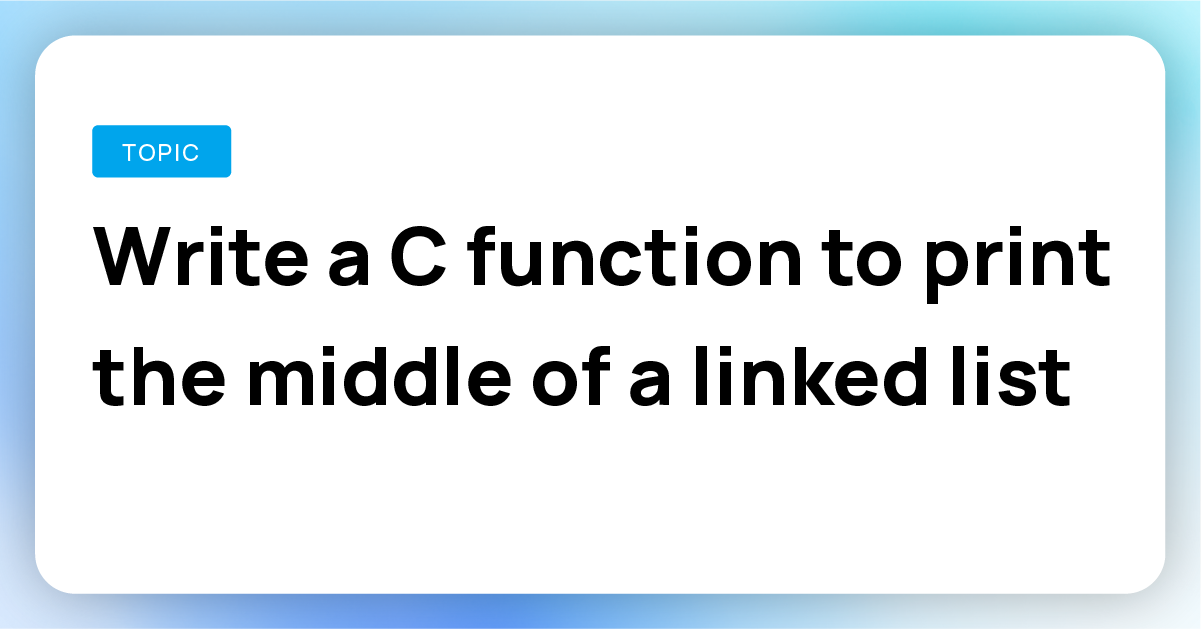 In this problem, we are given a linked list. We have to find the middle of the linked list.

Before moving to the further to approach section, try to think about how you can approach this problem.

Let’s have a glance at the naive approach and then see what we can do to optimize it.

Here, in this approach, we first calculate the length of the list. Let the length be len.

This is the naive approach to solve this problem, but as we are preparing for coding interviews of big companies, we should be familiar with technique to find the middle node of the linked list without finding the length first.

The optimal solution requires a single traversal of the linked list and is the best way to find the middle of a linked list.

Space Complexity: O(1), as only temporary variables are being created.

Now, let us discuss the approach in which we can find the middle of a linked list with a single traversal.

What if we start by taking two pointers, say slow and fast, and make both of them point to the head initially.

Do you know what the above-explained method is called?

Let us see what the slow and fast pointer technique is:

So, in this article, we have tried to explain the most efficient approach to find the middle of a linked list. This is an important concept when it comes to coding interviews. If you want to solve more questions on Linked List, which are curated by our expert mentors at PrepBytes, you can follow this link Linked List.