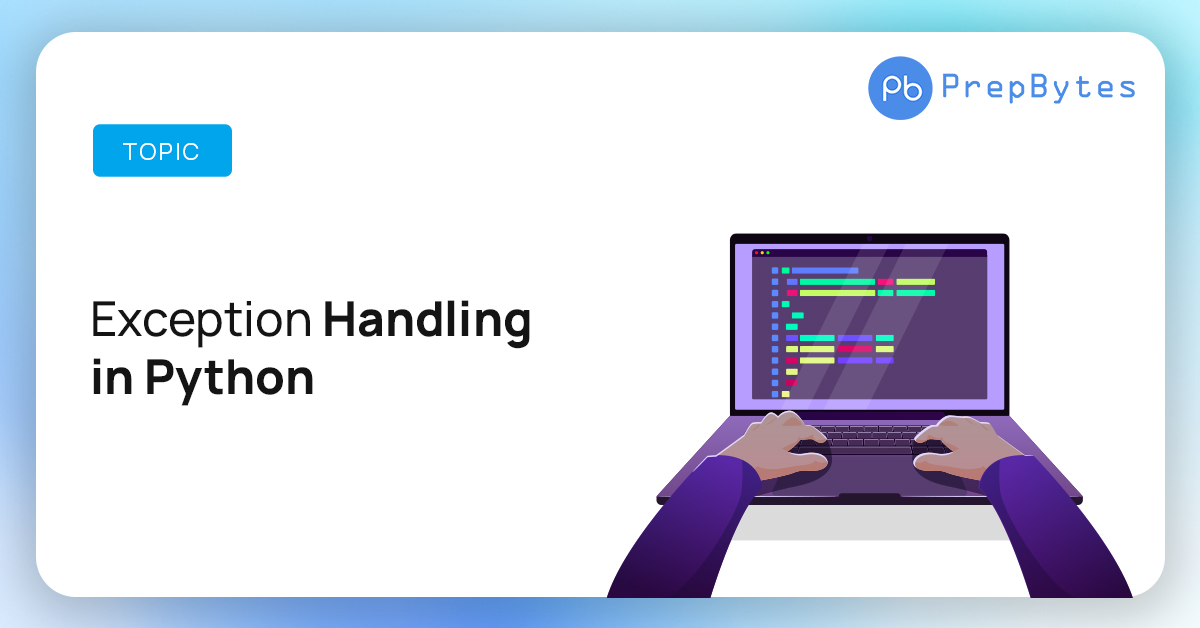 In this blog, we will learn exception handling in python. Let’s have a look at the content discussed below i.e. what we are learning in this article

What is Exception Handling in Python?

An error that occurs during program execution is an exception. To prevent your program from crashing, Python creates an exception when a program is executing. Exceptions in the Python programming language can be automatically caused by errors or can be manually triggered and intercepted by your code.

The exception shows that even though the event might happen, it does so rarely. The caller function receives the exception when the method is unable to handle it. Eventually, the program ends abruptly when an exception is thrown outside of the main function.

Why should you use Exceptions?

Here are the reasons for using exceptions in Python:

Here are some essential rules of Python exception handling:

Exception handling in python is managed by the following 3 keywords:

A try suite expires if an exception occurs within it, and program control then passes to the matching except for the handler that came after the try suite.

Whether or not there is an exception, the finally block always runs. You may write a block of code that comes after a try-catch block by using the final keyword.

A clause is optional, to sum up. It aims to provide cleanup procedures that must be followed in all circumstances.

Finally, the clause is executed before the try statement.

In this syntax, the argument is optional, and at the time of execution, the exception argument value is always none.