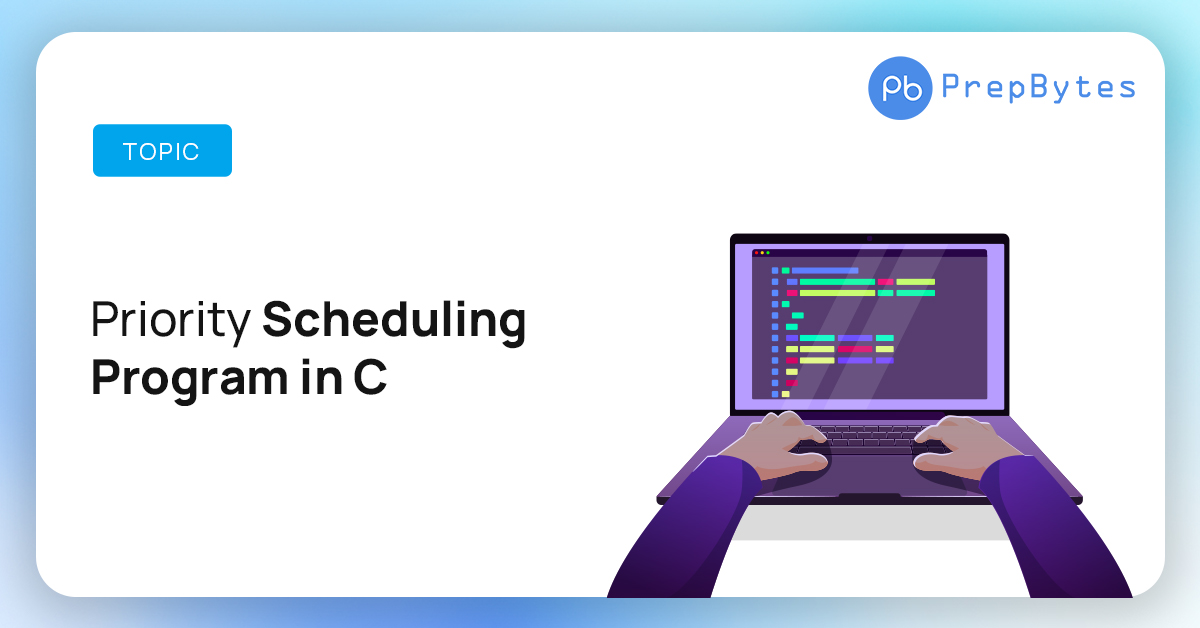 Priority Scheduling Algorithm, along with the rest of the scheduling algorithm remains an integral part of the interview questions asked to freshers.

The algorithms schedule processes that need to be executed on the basis of priority. A Process with higher priority will be given the CPU first and this shall keep until the processes are completed. Job Queue and Ready Queue are required to perform the algorithm where the processes are placed according to their prioritised order in the ready queue and selected to be placed in the job queue for execution.

The Priority Scheduling Algorithm is responsible for moving the process from the ready queue into the job queue on the basis of the process having a higher priority.

How is the prioritization decided?

The priority of a process can be decided by keeping certain factors in mind such as the burst time of the process, lesser memory requirements of the process etc.

A few of the important terminologies to know as a part of process scheduling:-

Priority Scheduling Algorithm can be bifurcated into two halves, mentioned as-

Note:- On the occasion of a special case, when two processes have the same priority then the tie-breaker for the earliest process to be executed is decided on the basis of a first come first serve (FCFS) which is a scheduling algorithm in itself.

Let us take an example with three processes A, B and C with mentioned priority, arrival time and burst time in the table below. We trace one by one which process takes place using a non-preemptive priority scheduling algorithm.

As mentioned, Process A will get the CPU being the only process at the point in time. Being non-preemptive, the process will finish its execution before another process gets the CPU.

On the 5th second, Process B and Process C are in waiting state with B already elapsed time, but C will get the CPU due to the reason that it has a higher priority.

On the 7th second, B will finish execution and CPU will be passed to the only process left i.e C to complete execution.

The algorithm will bind up performing all the processes at the 10th second.

Explanation: input for a number of processes is taken from the user followed by the input for the priority and burst time for each process. Selection Sort is used to sort the process depending on their priority values with the swap function used to swap their position in the existing arrays for burst time, priority values and ordered execution. In further code, total waiting time and total turnaround time is calculated, only to be divided by the total number of process to find the average waiting time and average turnaround time.

As sorting has been performed in the priority scheduling program in C, the time complexity will rise to O(N^2) in the worst case.

The space complexity is going to be O(1) as no extra auxiliary space will be required for operations given that we are already providing all the necessary values like burst time and priority beforehand.

Hope you liked this article on the Priority scheduling program in C. We expect to see you soon with another insightful article.