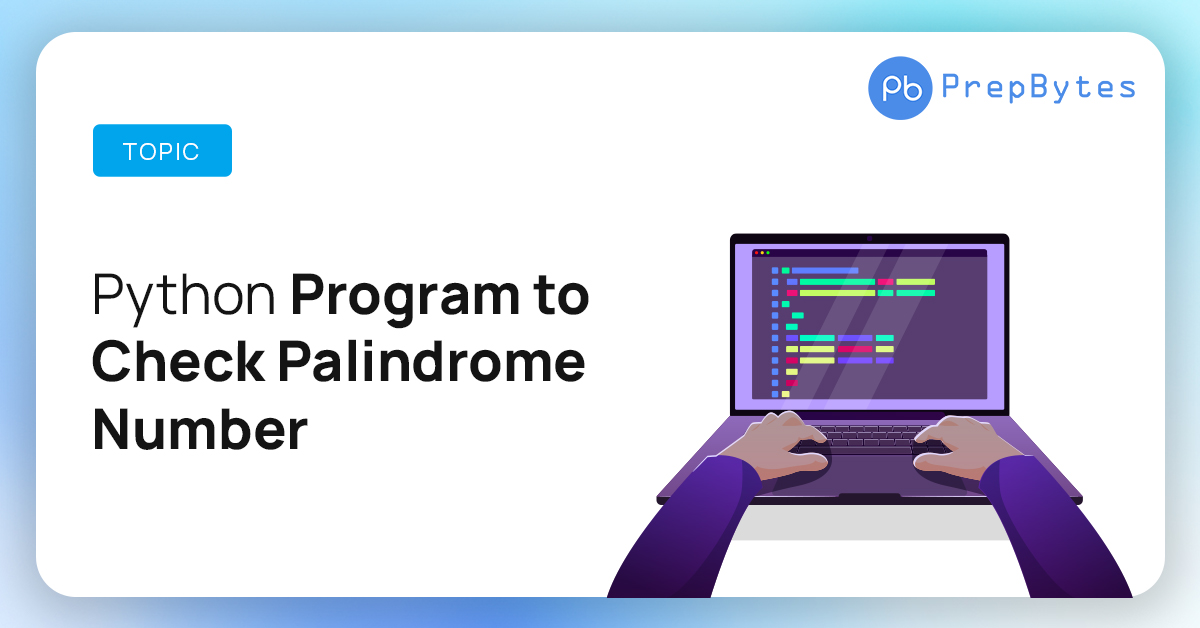 What are Palindrome Numbers?

Palindrome numbers are those numbers that read the same from front and back. For instance, in the above example, the number 121 is a palindrome as when we read it from left to right, it reads 121 and from right to left also, it reads 121 only.

So, now that we know what palindrome numbers are, let us now understand the approach to writing the palindrome program in Python.

You are given a number as input. You have to tell whether the number is Palindrome or not. For instance, consider the 2 inputs shown below.

So, before understanding the solution, let us first understand what are the palindrome numbers.

How to Check Given Number is Palindrome using Reversal Method

As we can see that the meaning of a palindrome is so simple, and so is the approach to this solution. We can clearly see from the above example that a palindrome will remain the same if we reverse the digits.

So, now we just need to understand the algorithm to reverse a number. This is shown below.

Reverse a Number in Python

In order to reverse a number in Python, we will follow the following algorithm.

Time Complexity: The time complexity is O(log10N). This is because to reverse a number, we have to extract all the digits of the number by dividing it by 10 till it becomes 0.

Space Complexity (Auxiliary Space): Since we have note used any extra space, the auxiliary space or the extra space is O(1).

So, this is how we can write a palindrome program in Python. We hope that you have understood the concept completely and have written and understood the code as well. Hope to see you again at PrepBytes.

What are the Python Operator and How to Use Them?

How to Use Conditional Statements in Python?

What are the Python Functions and How to Use Them?