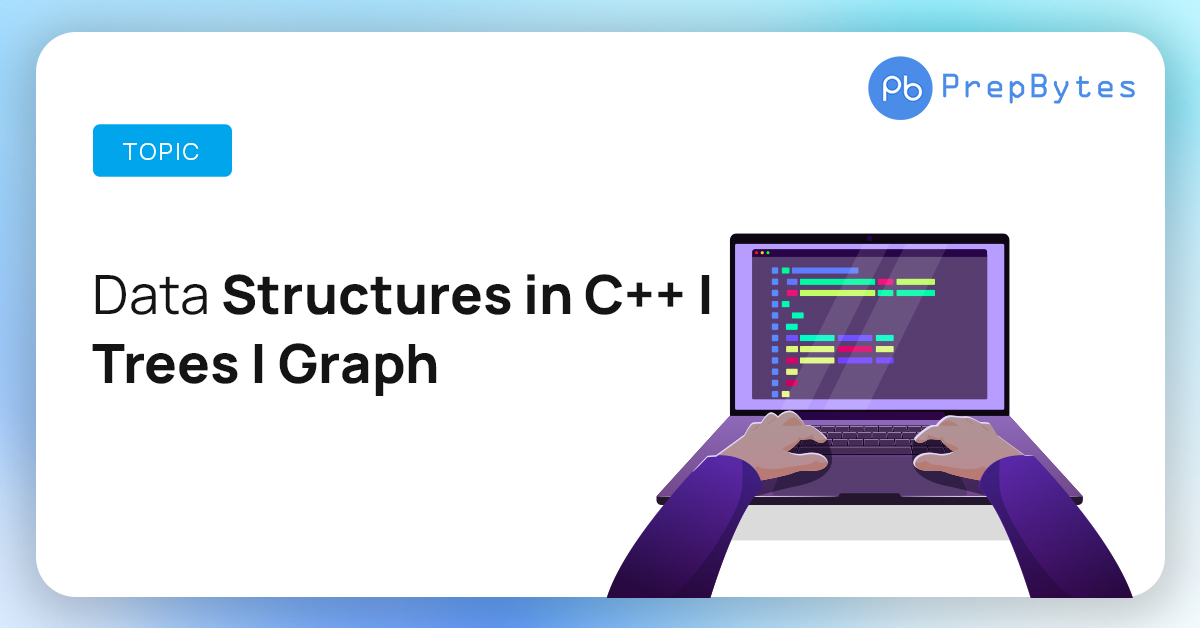 In this tutorial, we’ll deep dive into the Data Structures in C++ topics majorly on trees and graphs. We know that data structures are very important and play a crucial role in a placement perspective.

We read the linear data structures like an array, linked list, stack and queue in which all the elements are arranged in a sequential manner. The different data structures are used for different kinds of data.

A tree is also one of the data structures that represent hierarchical data.

Let’s understand some key points of the Tree data structure.

Let’s consider the tree structure, which is shown below: 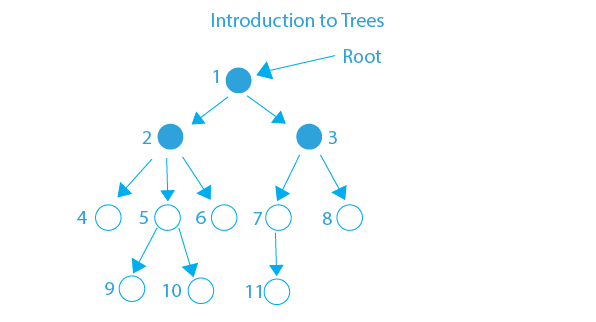 In the above structure, each node is labeled with some number. Each arrow shown in the above figure is known as a link between the two nodes.

Data Structures in C++ is an important part of Programming. Get a better understanding of problems by watching these video tutorials created by expert mentors at Prepbytes.

Test your data structure skills by taking this Data Structures in C++ Mock Test designed by experienced mentors at Prepbytes.

A graph can be defined as a group of vertices and edges that are used to connect these vertices. A graph can be seen as a cyclic tree, where the vertices (Nodes) maintain any complex relationship among them instead of having parent-child relationship.

In a directed graph, edges form an ordered pair. Edges represent a specific path from some vertex A to another vertex B. Node A is called the initial node while node B is called terminal node.
A directed graph is shown in the following figure.

Graph is represented by two methods:

An adjacency matrix is a 2D array of V x V vertices. Each row and column represent a vertex.
If the value of any element a [i][j] is 1, it represents that there is an edge connecting vertex i and vertex j.

We tried to discuss Data Structures in C++ in this article. We hope this article gives you a better understanding of basics in Data Structures and Algorithms. Prepbytes also provides a good collection of Foundation Courses that can help you enhance your coding skills. Want to make sure you ace the interview in one go? Join our Placement Program that will help you get prepared and land your dream job at MNCs. Mentors of Prepbytes are highly experienced and can provide you with basic, in-depth subject knowledge for better understanding.