In this problem, we are given a sorted Singly Linked List and an integer X, and we need to find and tell if the list contains a given element X or not.

Let’s learn programming languages online and try to understand the problem statement with the help of examples.

Although the above linear traversal to check if any element X is present in the linked list or not will work fine, but here we are asked to use Binary search.

So let’s see how we can use binary search to check if an element X is present in a linked list or not.

Here we will see how we can use binary search algorithm to check whether a certain element X is present in the given list or not.

Initially, the range of binary search will be the complete list, i.e., from head to the last node of the list. Binary search first compares the target element X with the middle element based on which it reduces the range for further search.

The searching will go on until one of the following condition hits:

The time complexity of binary search is O(log n) which is much better than linear search which takes linear time O(n) to search an element, but for binary to work properly the given must be sorted. Its time complexity is less than O(n) because it does not check every element of the given list. The search reduces to half at every iteration.

To find an element X in the singly linked list, we need to find the middle of the list and then divide the list into 2 halves and perform the operations on the favorable part of the list and repeat the above steps until we find the required key in the list. 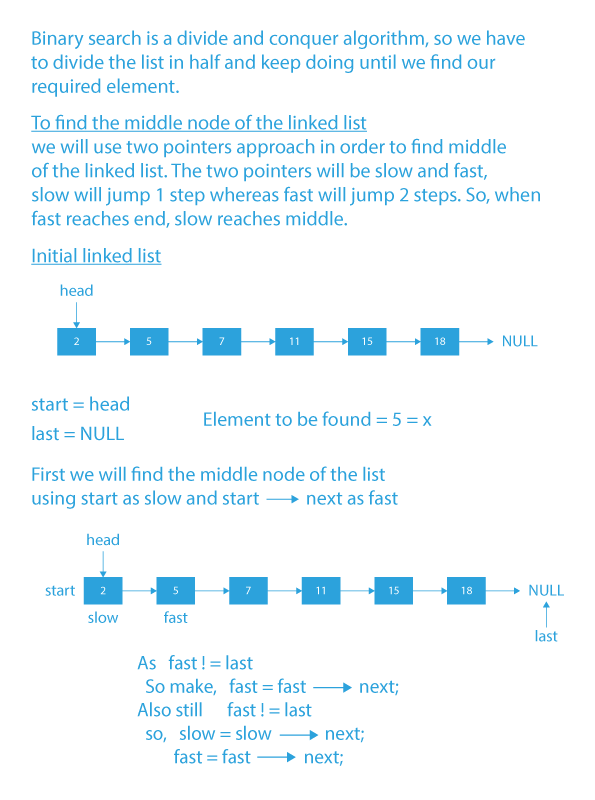 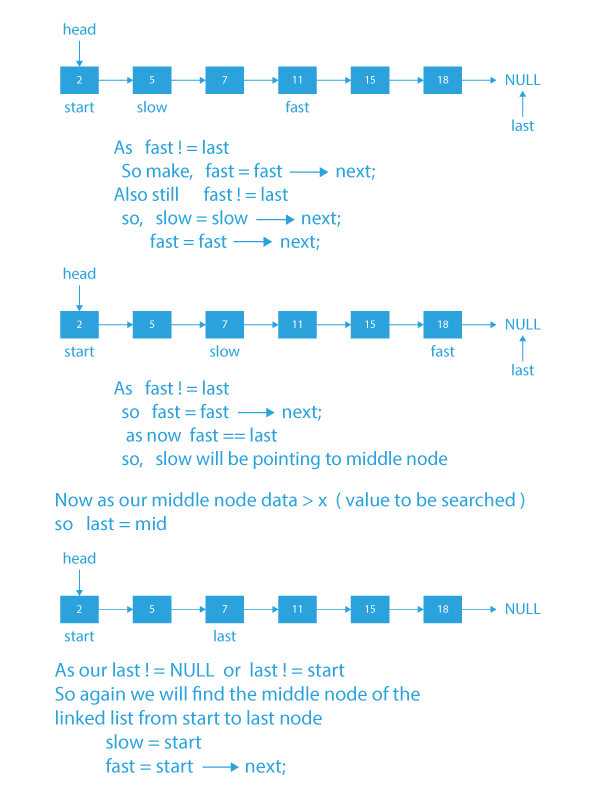 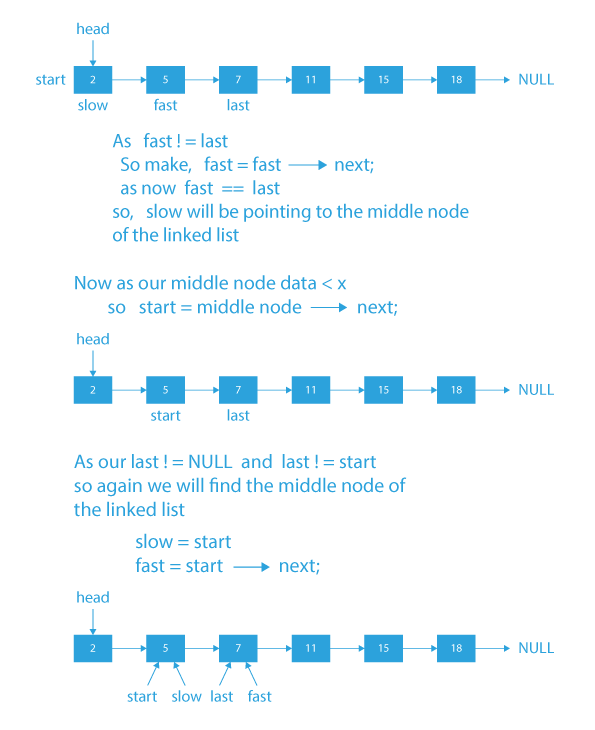 Time Complexity: O(n), where n is the total number of nodes in the Singly Linked List though we are performing Binary search still in the worst case the complexity is O(n).

So, in this blog, we have tried to explain how you can search if an element is present in a singly linked list using binary search. If you want to solve more questions on Linked List, which are curated by our expert mentors at PrepBytes, you can follow this link Linked List.