In this question, we are given a circular linked list. We have to traverse the list and print its elements.

Let's try to understand the problem with help of example.

Now, we have to traverse this list. So, the output after traversing the list and printing every element will be: 1 7 18 15

Explanation: We will traverse the given list and while traversing we will print its elements which is the output.

This question is not a very complex one.

Let us first think about how we will traverse the circular linked list.

Which node should we choose as our starting node?

Create a node temp and make it point to the head. Now, keep incrementing temp while temp is not equal to the head of the list. In every iteration, print the temp’s data.

As explained already, we are using the head as our starting node, and terminating the loop when we are reaching the head again. 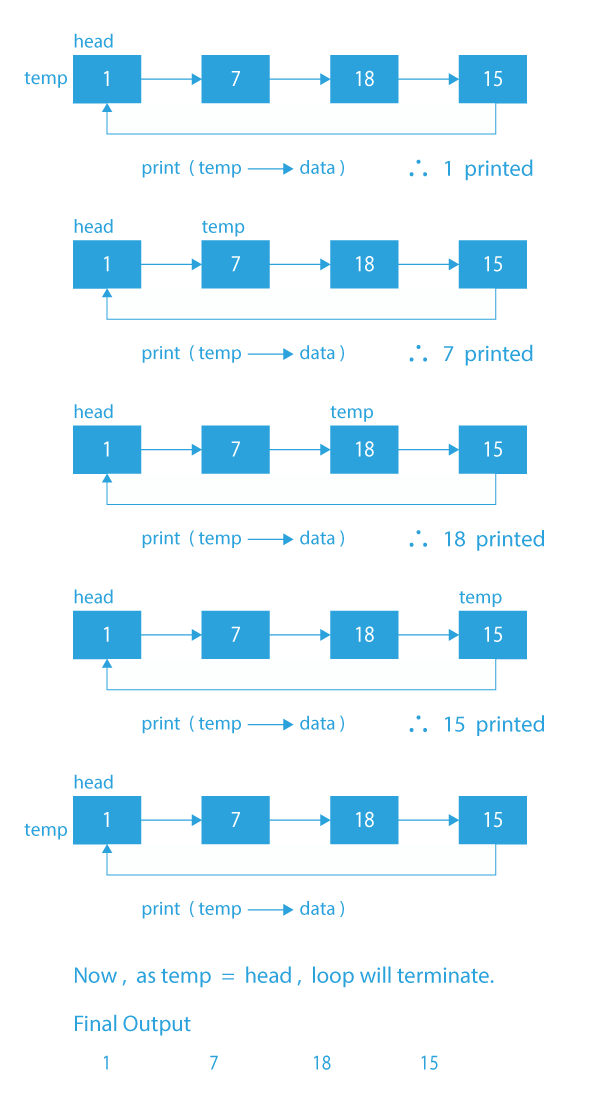 Time Complexity: O(n), since we are traversing the linked list once.

So, in this article, we have tried to explain the most efficient approach to traverse a circular linked list. If you want to solve more questions on Linked List, which are curated by our expert mentors at PrepBytes, you can follow this link Linked List.