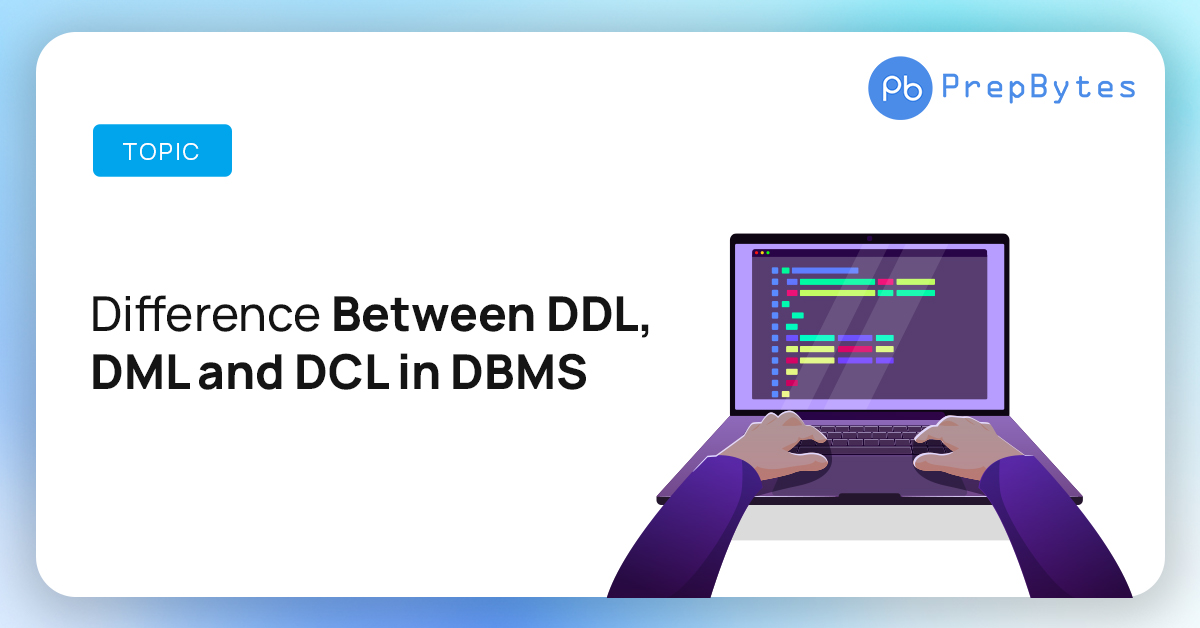 In this article, we will deep dive and discuss DDL DML DCL in DBMS and the difference between DDL DML DCL in DBMS. Not only these, we will also discuss TCL and DQL commands in DBMS. DBMS is the most interesting topic which focuses on storing the data which will be on time used and updated as per the requirements.

Structured Query Language(SQL) as we all know is the database language by the use of which we can perform certain operations on the existing database and also we can use this language to create a database. SQL uses certain commands like Create, Drop, Insert, etc. to carry out the required tasks.

These SQL commands are mainly categorized into five categories as:

Now, we will see all of these in detail. 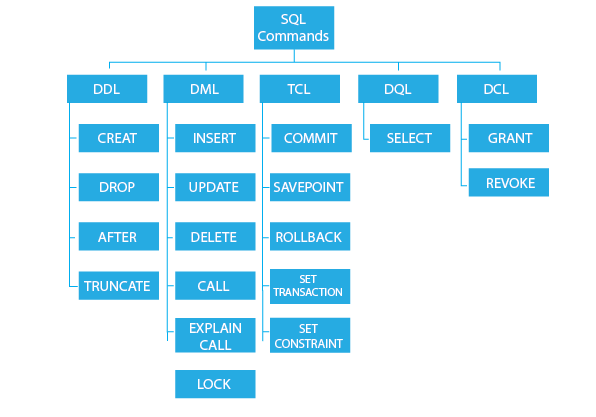 DQL statements are used for performing queries on the data within schema objects. The purpose of the DQL Command is to get some schema relation based on the query passed to it. We can define DQL as follows: it is a component of SQL that allows getting data from the database and imposing order upon it. It includes the SELECT statement. This command allows getting the data out of the database to perform operations with it. When a SELECT is fired against a table or tables the result is compiled into a further temporary table, which is displayed or perhaps received by the program i.e. a front-end.

SELECT: It is used to retrieve data from the database.

INSERT: It is used to insert data into a table.
UPDATE: It is used to update existing data within a table.
DELETE: It is used to delete records from a database table.
LOCK: Table control concurrency.
CALL: Call a PL/SQL or JAVA subprogram.
EXPLAIN PLAN: It describes the access path to data.

DCL includes commands such as GRANT and REVOKE which mainly deal with the rights, permissions, and other controls of the database system.

Transactions group a set of tasks into a single execution unit. Each transaction begins with a specific task and ends when all the tasks in the group successfully complete. If any of the tasks fail, the transaction fails. Therefore, a transaction has only two results: success or failure. You can explore more about transactions here. Hence, the following TCL commands are used to control the execution of a transaction:

COMMIT: Commits a Transaction.
ROLLBACK: Rollbacks a transaction in case of any error occurs.
SAVEPOINT: Sets a save point within a transaction.
SET TRANSACTION: Specifies characteristics for the transaction.

Conclusion
Hence, in this article we had discussed DDL DML DCl in DBMS. Also, we had discussed TCL and DQL. For understanding DBMS, DDL, DML, DCL, TCl and DQL commands are the most required resources. Practice more and more for the queries which are using these commands for DBMS.