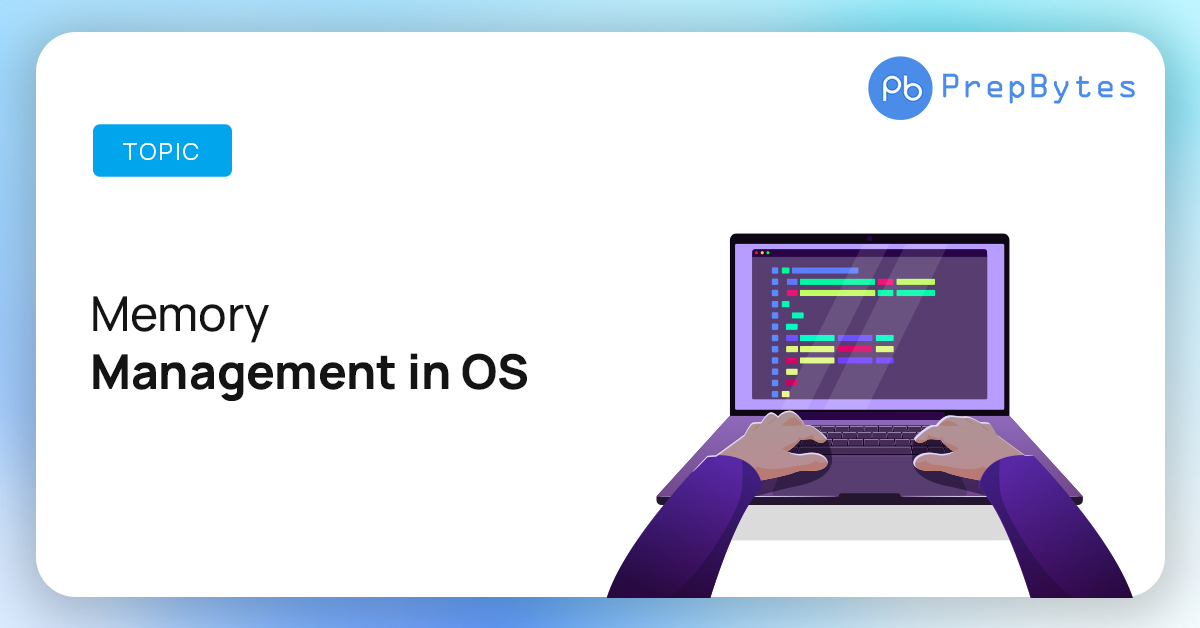 What is Memory Management in Operating System?

Random access memory (primary memory) capability is controlled and managed by the OS using this mechanism. It is employed to improve memory utilization, system performance, and concurrency.
Processes are moved back and forth between primary and secondary memory by memory management. Additionally, it monitors the amount of free, allocated, and used memory.

Why use Memory Management in Operating system?

Every process’s code makes use of a collection of logical addresses known as the process address space. Blocking the process address space is a memory management method called paging. The units are called "pages," and each block has the same size. A page’s size is a power of 2, and its value falls between 512 and 8192 bytes. The quantity of pages in a process is used to determine its size.

A similar division of the main memory is done into blocks of fixed size. These blocks are known as “frames” and the size of a frame is the same as that of a page to achieve optimum usage of the primary memory and for avoiding external fragmentation. 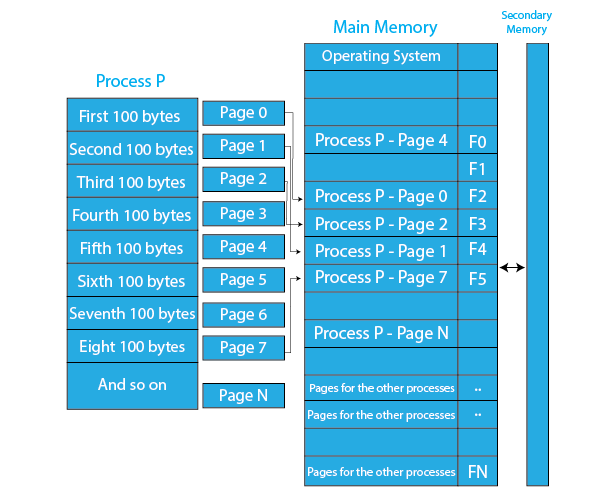 The available free space in primary memory is divided into smaller chunks when processes are relocated to and from the main memory. This occurs when a process’s memory requirements are greater than the size of the available memory, preventing memory from being allocated to the process. Such memory chunks are never used. This problem is known as Fragmentation.

Fragmentation is of the following two types:

Following are the three major memory management techniques used in operating systems:
1. Segmentation
A technique for breaking up the main memory into many chunks called segmentation. Every block is referred to as a segment and has a certain length. Every segment has a base address that serves as its beginning point. The quantity of free memory that is present in a segment depends on its length.

3. Swapping
An operating system uses the method of swapping to manage the computer system’s memory effectively. The two jobs of switching are swapping in and swapping out. Data blocks or pages are moved from the secondary memory to the primary memory by "swapping in." Blocks or pages of data are transferred from the main memory to the read-only memory (R.O.M.) during swapping. Swapping is helpful when running a large application or carrying out an operation on a huge file. 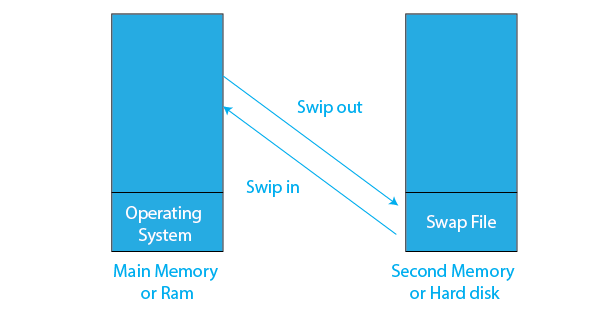