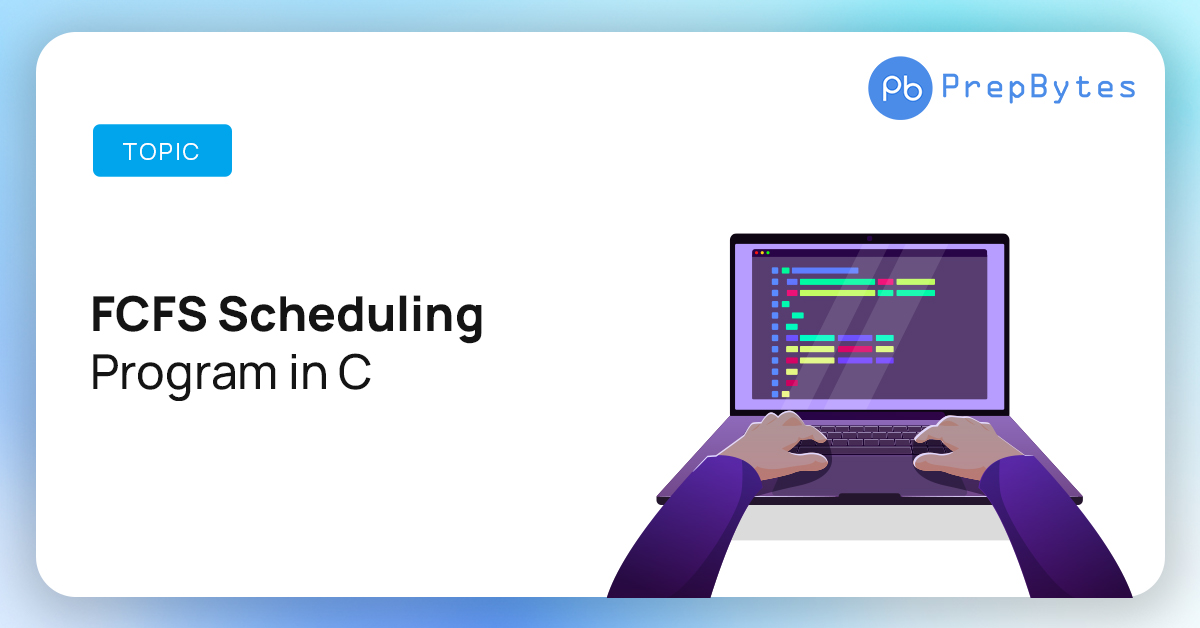 In this article, we are going to study about FCFS, acronym for First Come First Serve Scheduling Algorithm. On top of that, we will understand how the scheduling algorithm works along with coding it from scratch and terminologies related to First Come First Serve Scheduling Algorithm are going to be discussed. FCFS is one of the most asked questions from Operating System topics in interviews.

Focusing on code and algorithm used in this article on FCFS Scheduling Program in C, students can stand up to any conceptual question in the interviews.

What is FCFS Scheduling?

First Come First Serve is a non-preemptive scheduling algorithm used by the CPU to assign tasks. As the name suggests, it gives the utmost priority to the tasks on the basis of the request first made.

No preemption assures that no job overtakes a job that is already in process and the processes are executed in a manner similar to queue.

Queue can be a viable data structure to assume the functioning as people at the end go out and enter from the back waiting for their turn. In a similar fashion, the process is placed at the end when it requires CPU and once by one each process is done at a time and leaves the queue from the front until no processes are left and the queue is empty.

At the head of the queue, CPU is assigned when idle and on the other hand, PCB is attached at the tail of the queue for the process to enter the FIFO queue.

If Process B ends up at 11th second and Process C enters the queue at 8th second, the waiting time can be obtained by subtracting arrival time i.e. 8 by starting time i.e 11, which turns out to be 3 seconds.

Process C finished at 13th second as its burst time is 2 seconds.

Time Complexity of the solution is O(N) as well as the Space Complexity is also going to be O(N), given the reason that auxiliary space is being used in this program

As we have been across the theoretical, algorithmic and code parts for the FCFS Scheduling Program in C, let us look at the application in which the algorithm is used the most.

Conclusion
In this article, we got to know how FCFS works according to the principle of FIFO and we got to know important terminologies are relevant while solving problems. Important points to keep in mind is that FCFS is non-preemptive, simplistic and the average waiting time is not optimal.

In the following sections of article, algorithm, code and application of FCFS Scheduling Algorithm were stated. We hope you found this article on FCFS Scheduling in C informative. Looking forward to see you with another insightful article in future.