In this problem, we are given a number represented in the form of a linked list, we are required to add 1 to it and report the answer as a linked list.

For Example: Given is a Number 19999 in the form of a linked list, and after adding 1 to it, it should give the result as follows: 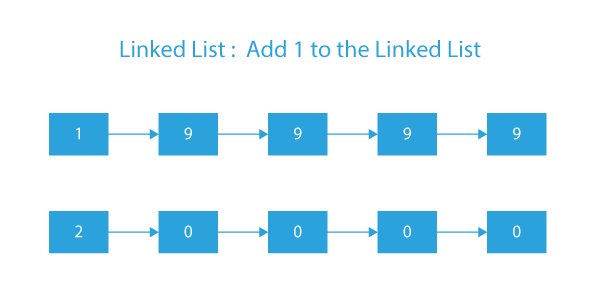 At this point in time, we have understood the problem statement. Now try to formulate an approach for this problem. 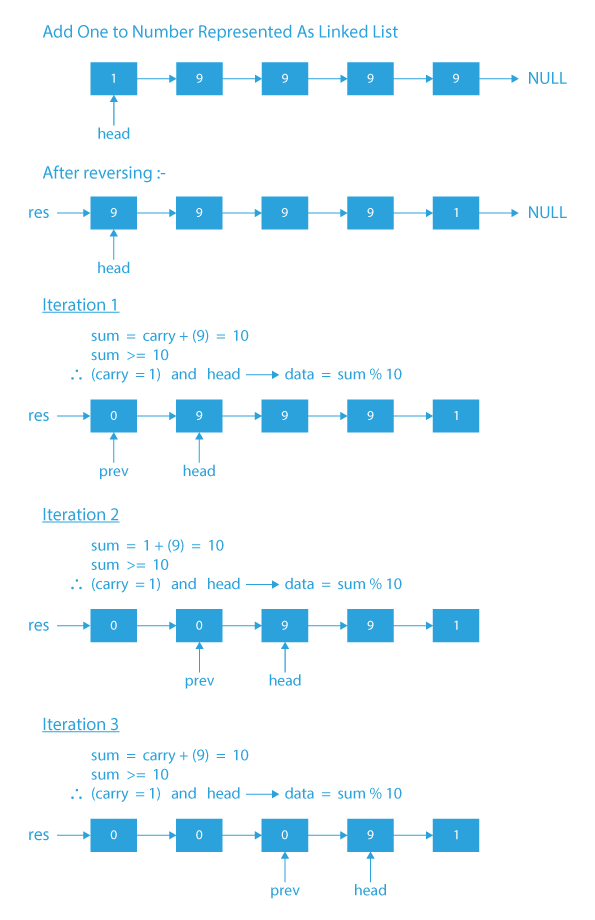 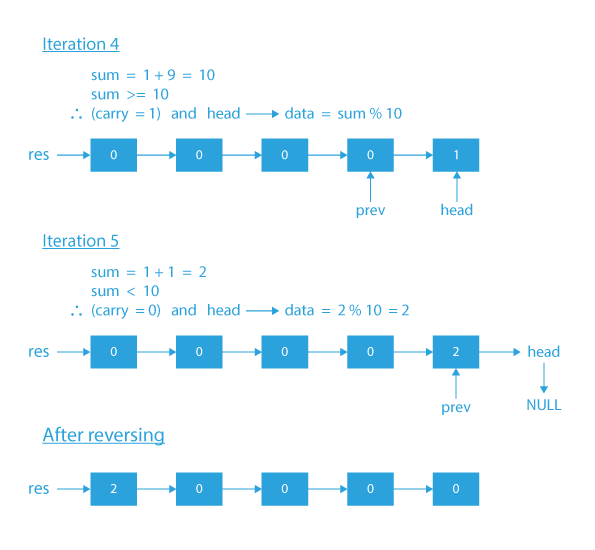 Time Complexity: O(n), Overall we are doing a total of 3 passes, 2 for reversing and 1 while adding, where n is the number of nodes in the given LinkedList.
Space complexity: O(1), constant space complexity, as no extra space is used.

Can we Do Any Better ?

We will find the last node which is not 9. Now for this, there can be 3 scenarios:

We will take 2 pointers, one for storing the last node which is not 9, other for traversing the list. Then handle each case independently. 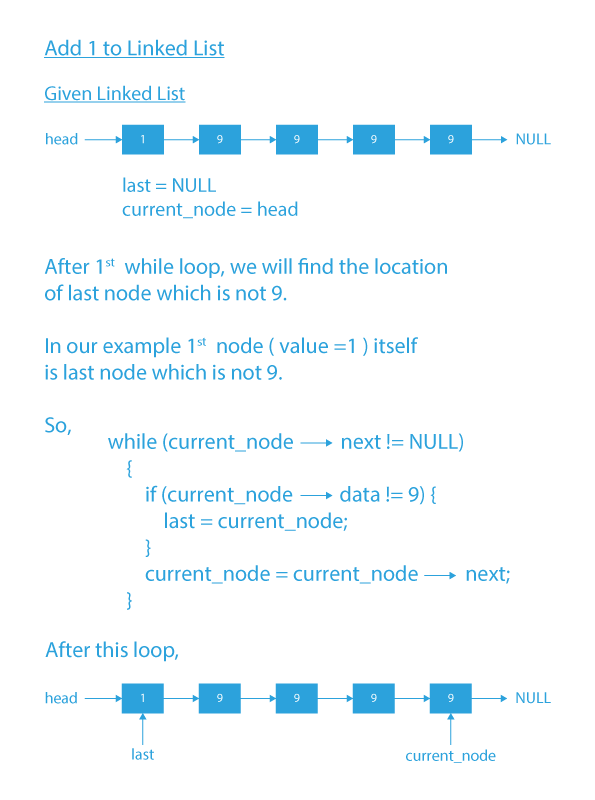 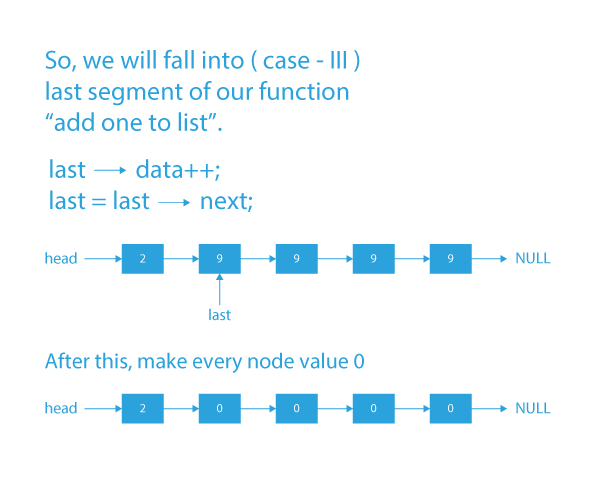 Time Complexity: O(n) only single pass, where n is the number of nodes in the given LinkedList.

This blog tried to discuss the problem when we are given a number in the form of a linked list and we need to add 1 to it. If you want to solve more questions on Linked List, which are curated by our expert mentors at PrepBytes, you can follow this link Linked List.