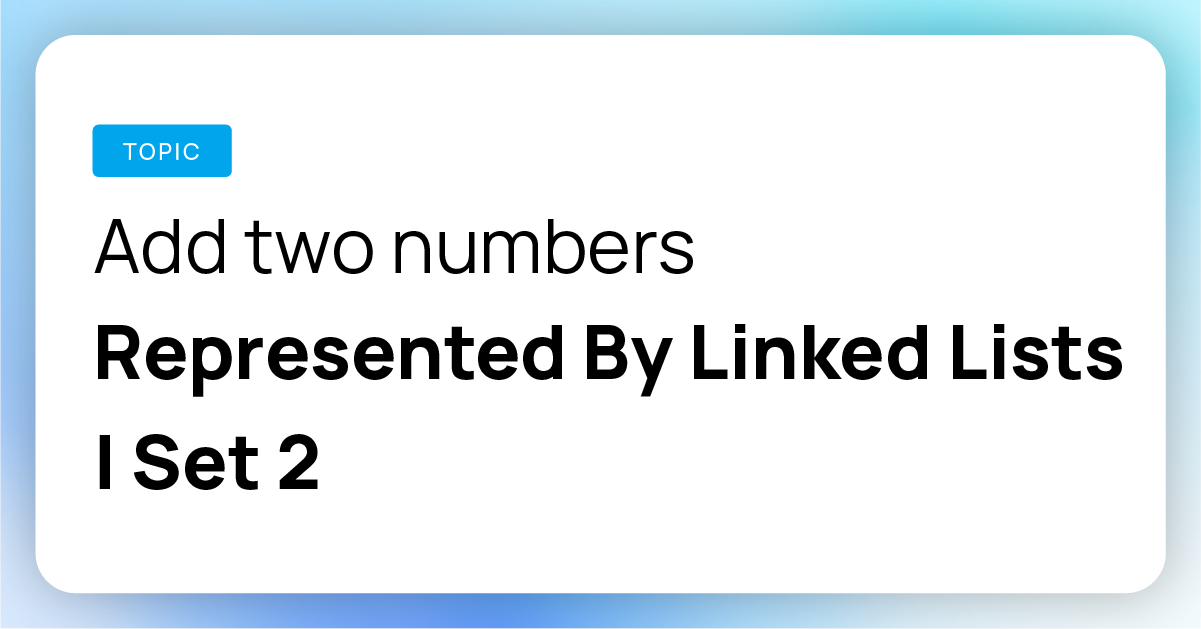 According to the problem statement, our task is to add two numbers represented by linked lists.

Constraints for this problem: You are not allowed to modify the lists.

Let’s understand this problem with an example.

Now I think from the above example, the problem statement is clear. So let’s see how we will approach it.

Before moving to the approach section, try to think about how you can approach this problem. If stuck, no problem, we will thoroughly see how we can approach the problem in the next section.

Let’s think, what happens when we add two numbers:

We have seen that the number of nodes in the sum list depends on the length of given numbers. Therefore, we have to think about what should be our approach when we are adding two numbers of different lengths.

There are two cases we need to handle:-

The cases mentioned above are the two possible cases of this problem. Now, we will see how following the below steps, we can conquer this problem:

1) Calculate the size of the given linked lists.

3) If the size of the lists is not same, then we have to follow the following steps:
a) Calculate the difference between the length of both the linked lists.
diff = (length of first linked list – length of second linked list)
b) Now, Move diff distance ahead in the linked list, which is larger in length.

Let’s understand this with an example:
We are given two numbers having different lengths 43567 and 425. 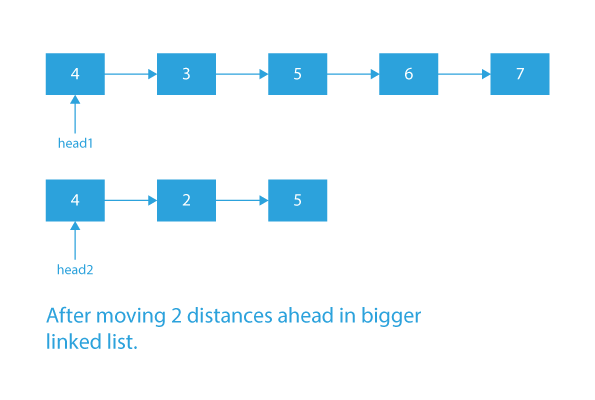 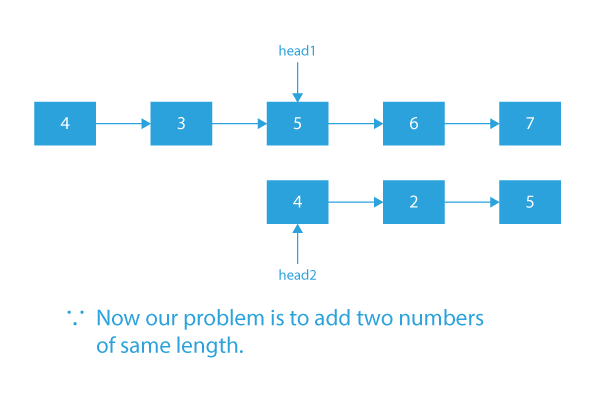 c) Now use step 2 to calculate the sum of the smaller linked list and sub-list of a bigger linked list. Also, return the carry to the previous nodes.

4) Now we have the sum of the numbers (nodes) starting from head1 and head2 to the end of respective lists. (See in the above figure). But the nodes which are ignored at the beginning of the algorithm (4→ 3 in the above figure) are yet to add to the sum_list. So we will add the remaining nodes taking care of the carry. 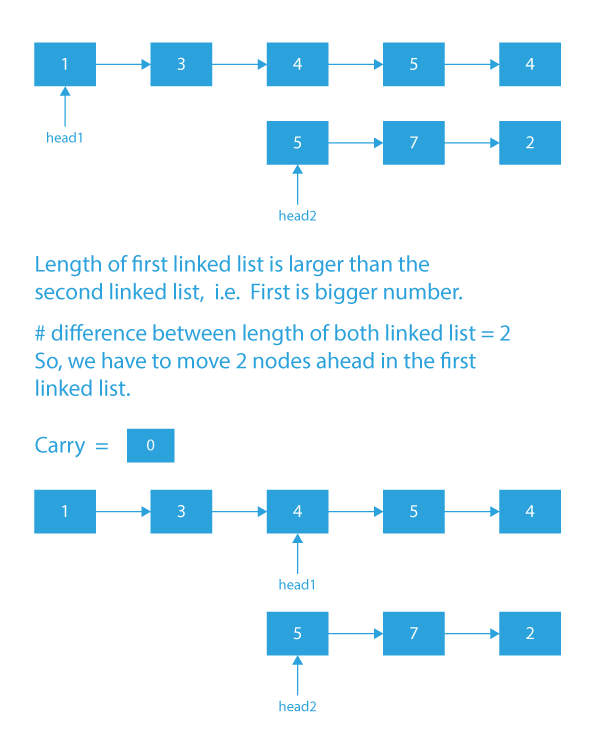 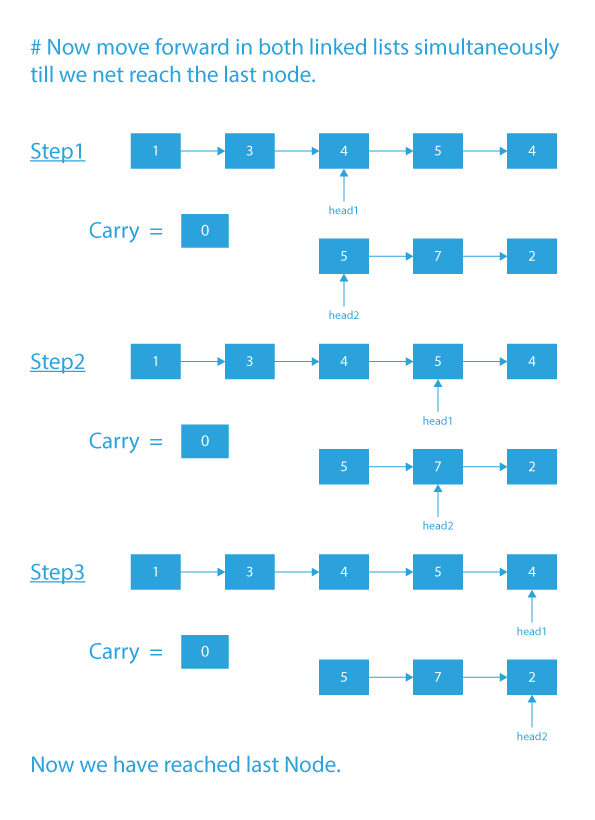 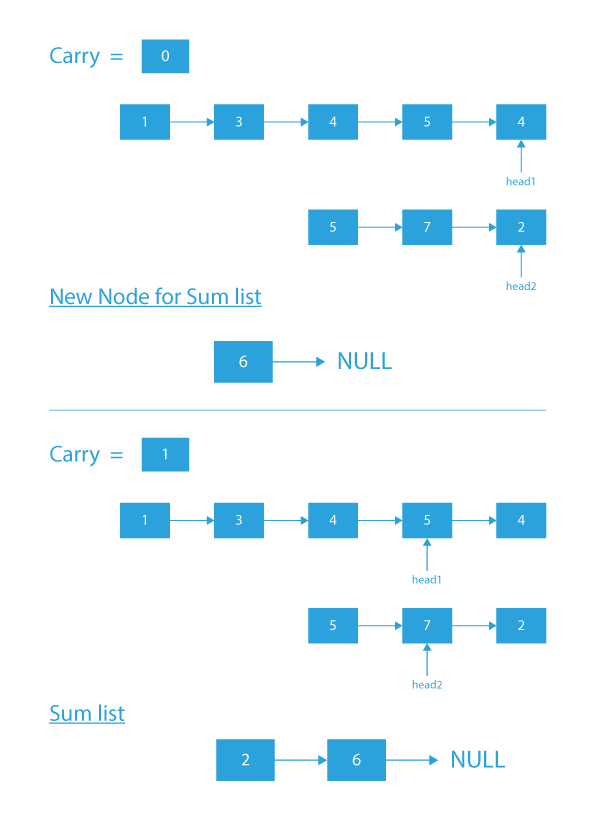 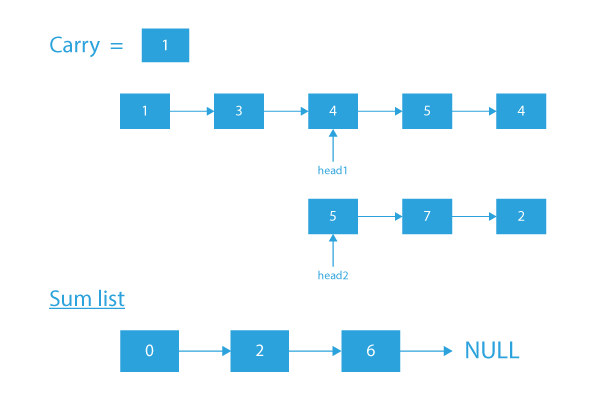 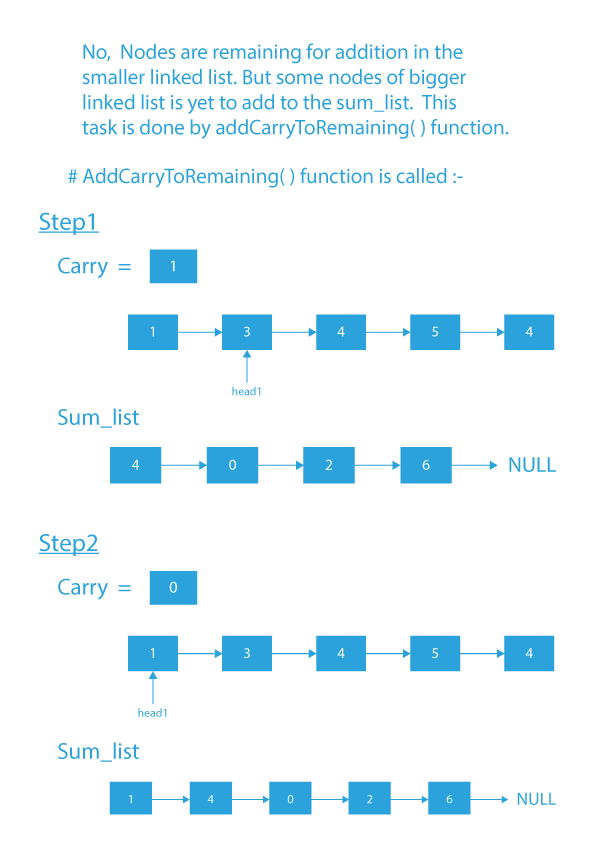 In the above approach, we have solved our problem using recursion. As we know when a program calls a function, that function goes on top of the call stack. So we can solve this question iteratively by using stack data structures to store the nodes in the stack.

As we know, we need to start adding numbers from the last of the two linked lists.

So, In this blog, we have learned How to add two numbers represented by linked lists. If you want to solve more questions on Linked List, which are curated by our expert mentors at PrepBytes, you can follow this link Linked List.