We will be given a linked list, and we need to find whether the given list is palindrome or not.

To understand this problem statement, let us take examples.

To solve the above problem, we will use a stack and store all the elements of the list in the stack while forward iteration of the list.

The above approach seems fine, but we are using a stack that is increasing the space complexity. So, we need to think of a better approach where no extra space is used.

Since we cannot move backward in the list, we need to devise an algorithm to get our work done.

1) If the list is empty or it has only one node then simply return true as an empty list or a list with a single node is always a palindrome.
2) Initialize two pointers slow and fast with the first node of the list (finding the middle node of the linked list). 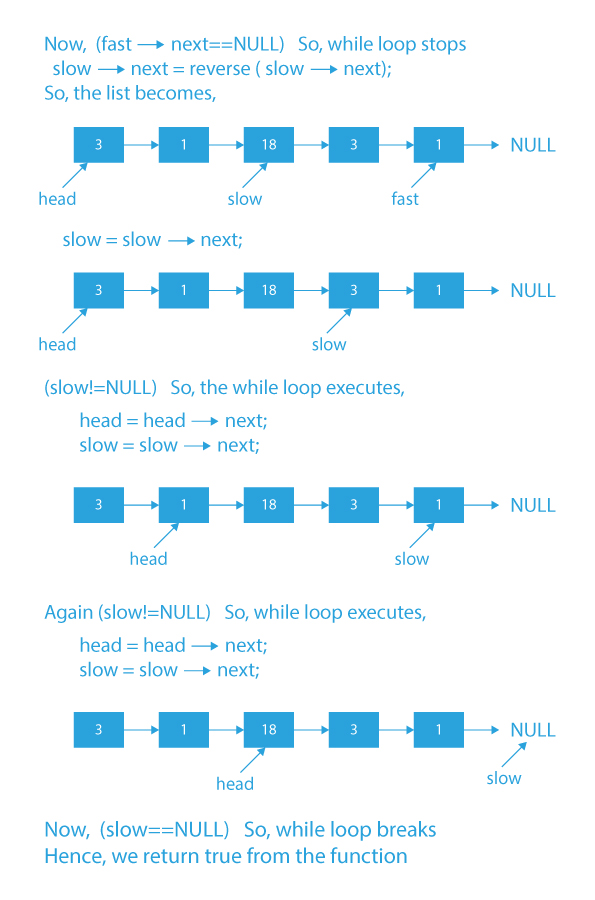 Time Complexity: O(n), n is the total number of nodes in the list.

So, in this blog, we have tried to explain how you can Check If a Linked List Is Palindrome most optimally. If you want to solve more questions on Linked List, which are curated by our expert mentors at PrepBytes, you can follow this link Linked List.