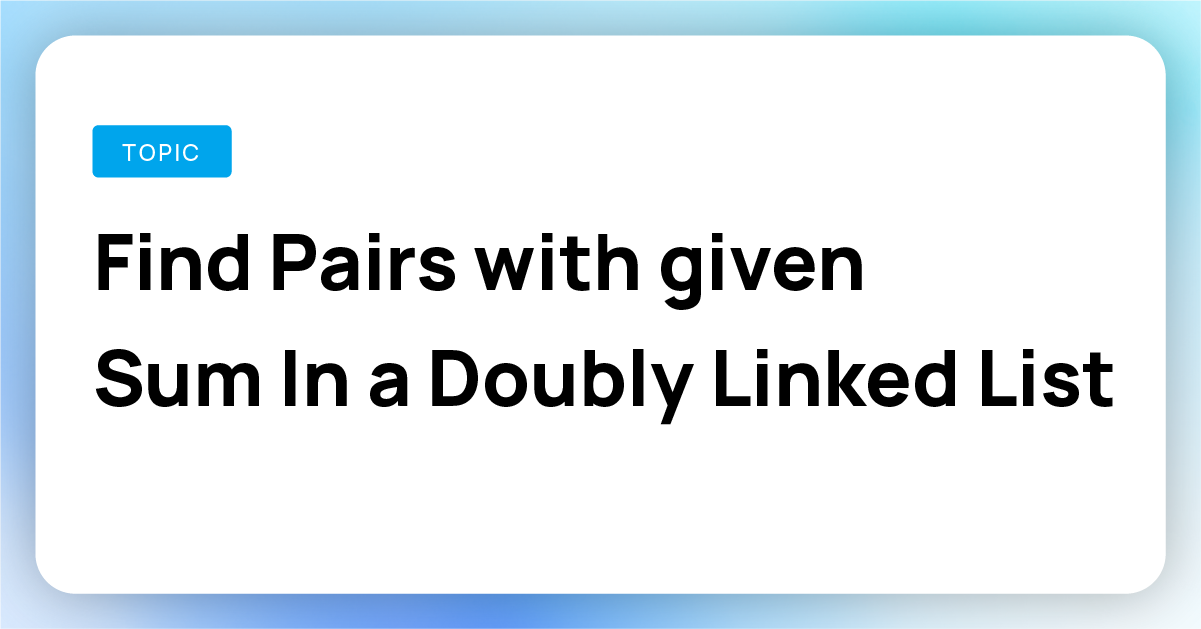 In this problem, we will be given a sorted doubly linked list and a target integer. We need to find and print the pairs whose sum is equal to the given target.

Note: The integer value inside each node is unique.

The problem statement is quite straightforward; we need to print pairs whose sum is equal to the given target.

Let’s try to understand the problem with the help of an example:
If the list given to us is:

A straightforward approach to solve this problem is to use nested for loops. Using the outer for loop, pick each node one by one, and then using the inner for loop traverse in the forward direction from the current node to find a second node in the linked list such that the sum of nodes is equal to target.

The time complexity of this approach is O(N2). N is the number of nodes in the linked list.

Although this above approach will work fine, but for longer linked lists having length >= 104, it will give a time limit exceed error. So, now we will try to see some other approaches having less time complexity.

Before jumping onto the optimized approach, try to think about how you can optimize the current approach such that it can find pairs for longer linked lists.

1) Initialize two pointers left and right with the first and last node of the list.
2) Run a while loop till both left and right are not equal or adjacent to each other.
3) Calculate the sum of the nodes pointed by the left and the right pointers. 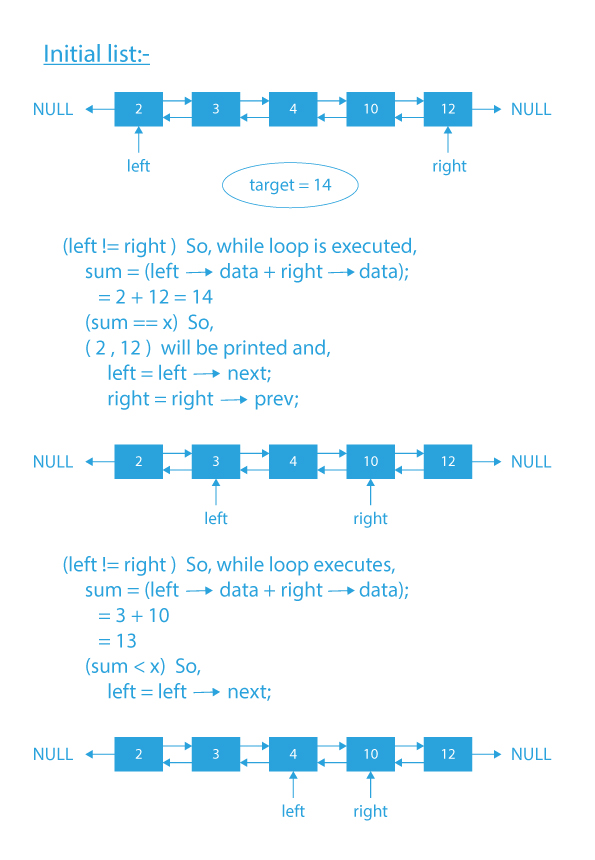 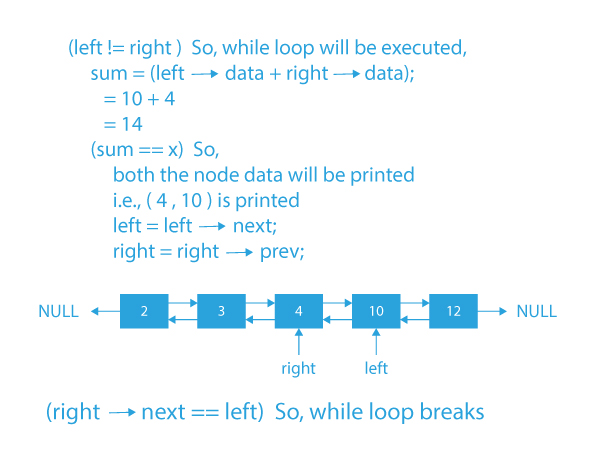 So, in this blog, we have tried to explain how we can find a pair with a given sum in a doubly-linked list in the most optimal way. If you want to solve more questions on Linked List, which are curated by our expert mentors at PrepBytes, you can follow this link Linked List.