In this problem, we are given a linked list of length N having two pointers in each node. The first pointer points to the next node of the list, and the second one is a random pointer which can point to any node of the linked list, or NULL. Now we are asked to write a program that clones the given list in O(1) space.

First, we need to understand what cloning a linked list means. 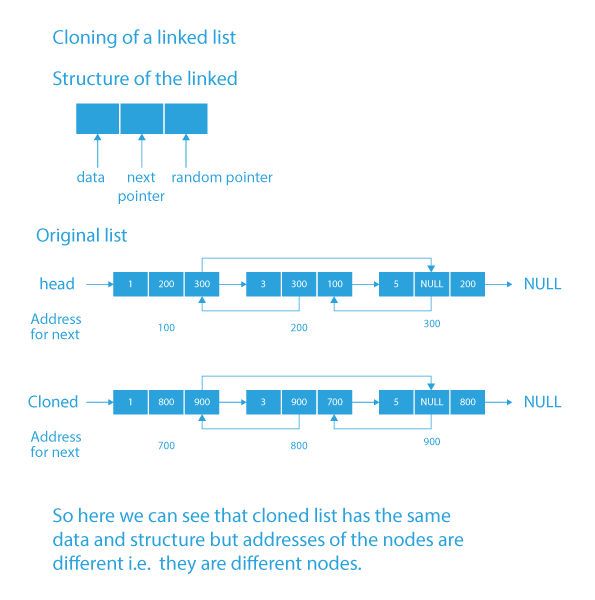 From the above figure, we can see that the addresses of the cloned nodes are different, but the structure and data of the linked list are the same.

Now I think from the above examples, the problem statement is clear. So let's see how we will approach it. Any Ideas?

Let’s move to the next section.

Let's move to the algorithm section to see the above approach step by step in detail. 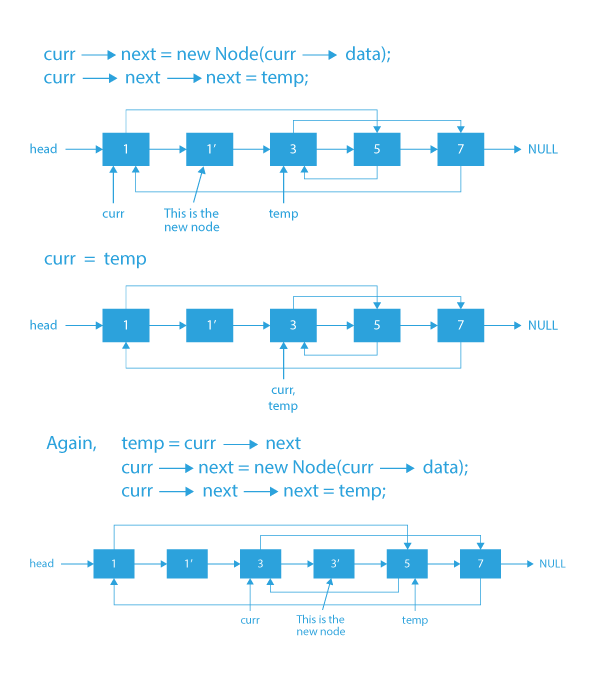 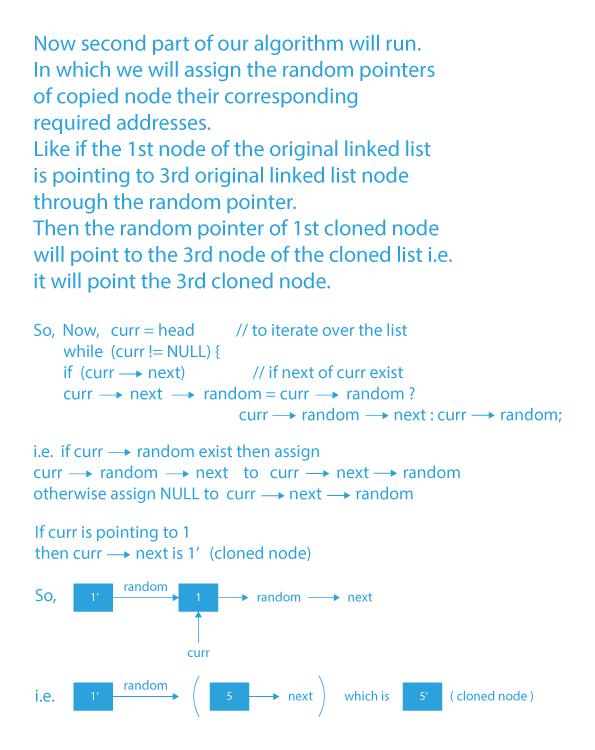 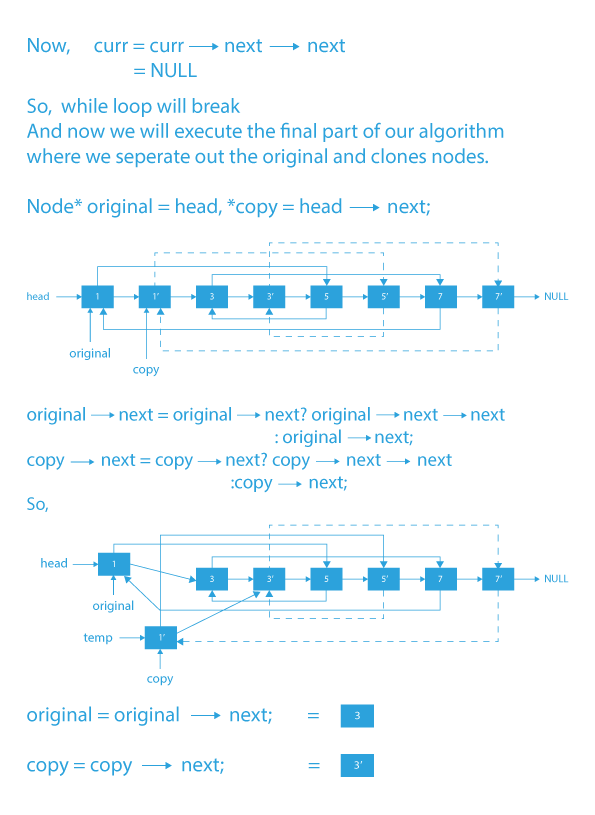 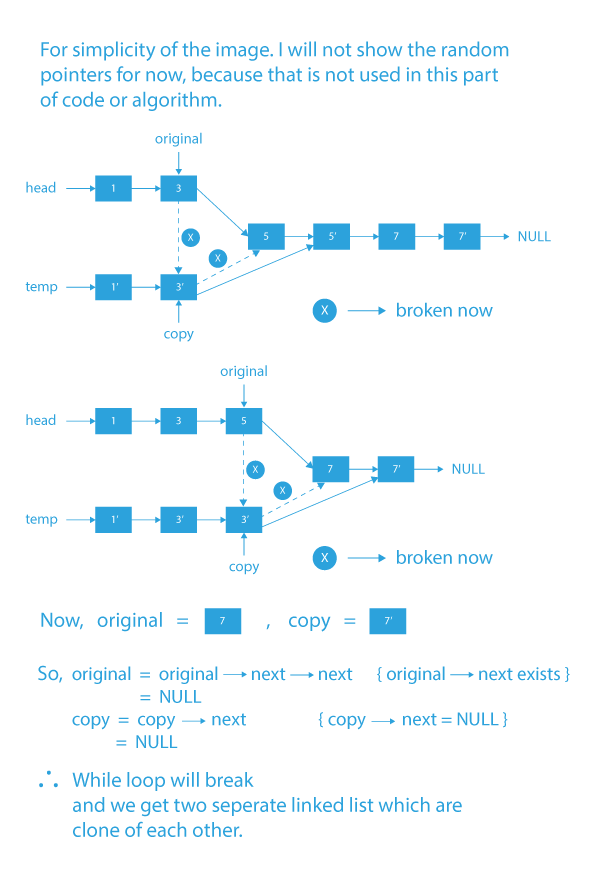 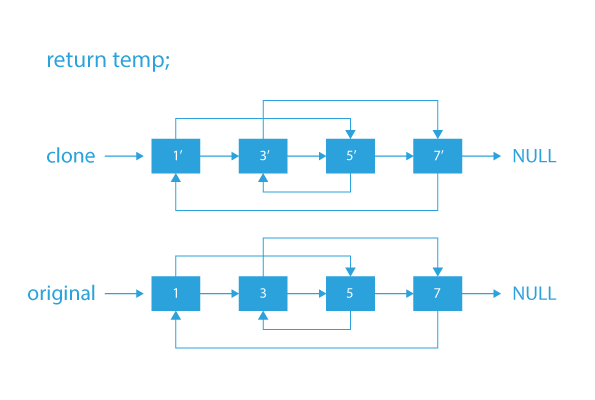 Time Complexity: O(N), since we are only traversing over the length of the linked list.

So, in this article, we have tried to explain the most efficient approach to rearrange a given linked list in place. This is an important problem when it comes to coding interviews. If you want to solve more questions on Linked List, which are curated by our expert mentors at PrepBytes visit Linked List.