Given two sorted linked lists, derive a linked list that contains the maximum sum path using both the linked lists. The resultant list can contain nodes from both input lists.

When constructing the result list, we may switch to the other input list only at the point of intersection (which means the two nodes with the same value in the two lists).

Try avoiding the use of extra space.

To understand the given problem, let's take an example:
Let us consider 2 sorted linked lists a and b as:
List a =

We need to construct a maximum sum linked list out of them, and we are allowed to jump between the lists at their points of intersection. At each point of intersection, we have two choices:

We have to make these choices such as to form the linked list with maximum sum.

Explanation
From the above linked list a and b, we can see that:

I hope from the above example it is clear what we have to do in the problem. So now, before jumping to the approach, try to think how will you approach this problem?

It’s okay if your approach is brute force, we will try to optimize it together.

Let’s have a glance at the approach.

Now, how do we approach such a problem?

Now let’s look at a step-by-step algorithm for the above approach.

This way, our algorithm will find the required maximum sum linked list in O(n+m) time and O(1) space. 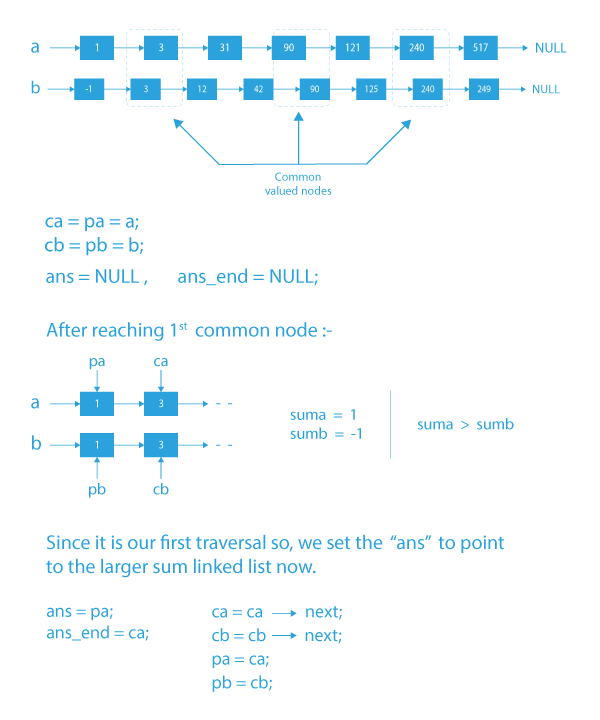 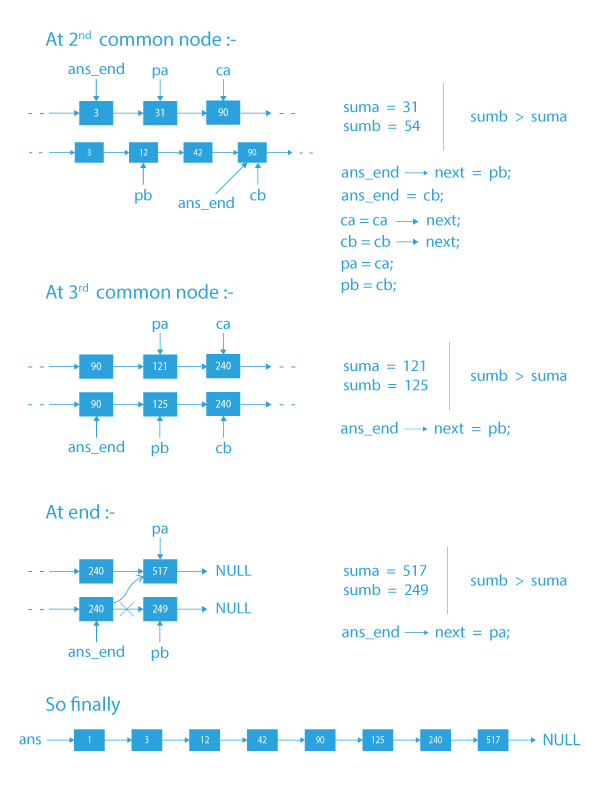 Time Complexity: O(n+m), since we are traversing both the linked lists once.


Here n and m are the total numbers of nodes in the given linked lists.

So, in this article, we have understood how to construct a Maximum Sum Linked List out of two Sorted Linked Lists. This is an important question when it comes to coding interviews. If you want to solve more questions on Linked List, which are curated by our expert mentors at PrepBytes, you can follow this link Linked List.