In this question, we are given a singly linked list. We have to count the number of duplicate nodes in the linked list

Let’s first understand the problem statement with help of examples.

We have to count the number of duplicate nodes in the list.

From the above given linked list, we can see that:

For the above linked list, we can see that:

Now, I think it is clear from the examples what we have to do in the problem. So let’s move to approach.

Before jumping to approach, just try to think how can you approach this problem?

It's okay if your solution is brute force, we will try to optimize it together.

We will first make use of simple nested list traversal to find the duplicates, although it will be a brute force approach, but it is necessary to build the foundation.

Let us have a glance at brute force approaches.

This method has a time complexity of O(n2) as it is using nested traversal.

Let us see the efficient approach.

In this approach, we will use hashing. 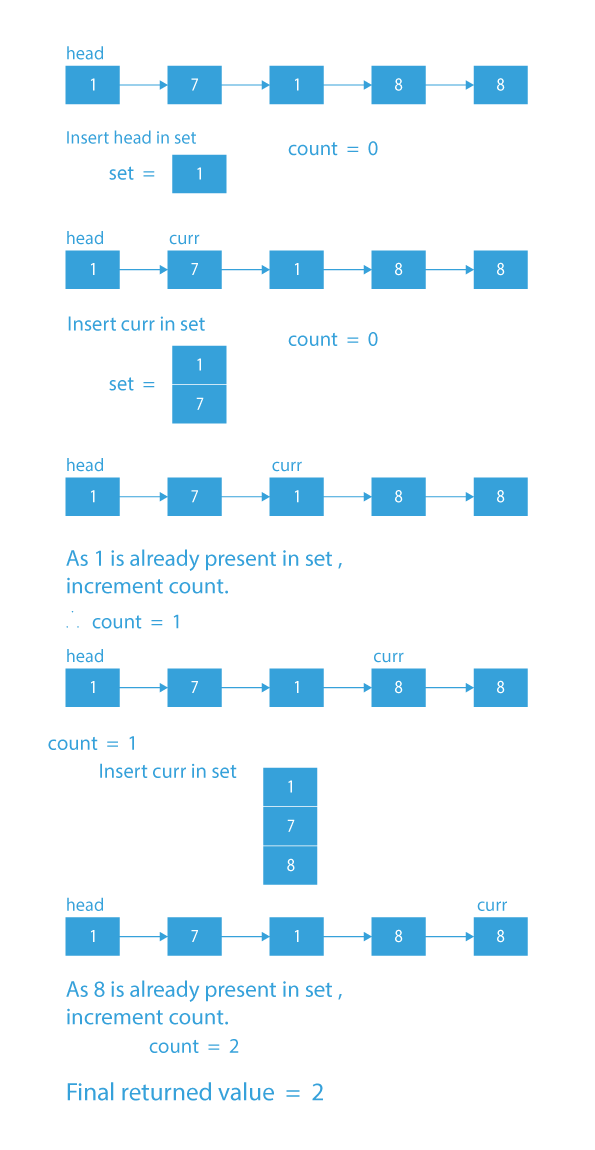 So, in this article, we have tried to explain the most efficient approach to find duplicates in a given linked list. This is an important question when it comes to coding interviews. If you want to solve more questions on Linked List, which are curated by our expert mentors at PrepBytes, you can follow this link Linked List.