In this question, we are given a singly linked list. We have to rearrange it in place, in which there are alternating first and last nodes. Let us have a look at the input and output to get a clearer understanding of the problem.

Now, we have to rearrange the list, so that it becomes of the form:

So, the final linked list after rearrangement will be:

Then, after rearrangement, the linked list will transform to:

Now, I think it is clear from the examples what we have to do in this problem. This is an interesting question. We have to make use of list traversal to obtain the desired output. The traversal is not going to be a simple one. We are going to tweak it a bit.

Try to think how we can approach this problem, if you are not able to get an optimized approach no problem think of brute force, and then we will try to optimize it together.

Now, we will see brute force approach, as well as an efficient approach.

In this approach, we will copy all the elements of the list to a vector. Now, we will traverse through the vector up to its middle (l/2, where l is the length of the vector), and insert the ith node and the (n-i-1)th node in the list (where this i starts from 0). By doing this, we are creating the alternating list that we require.

This is the most efficient solution. We are first going to divide the list into two halves. After the division, we will reverse the second half and then do an alternate merge of the first and second halves.

Let us have a glance at the algorithm. 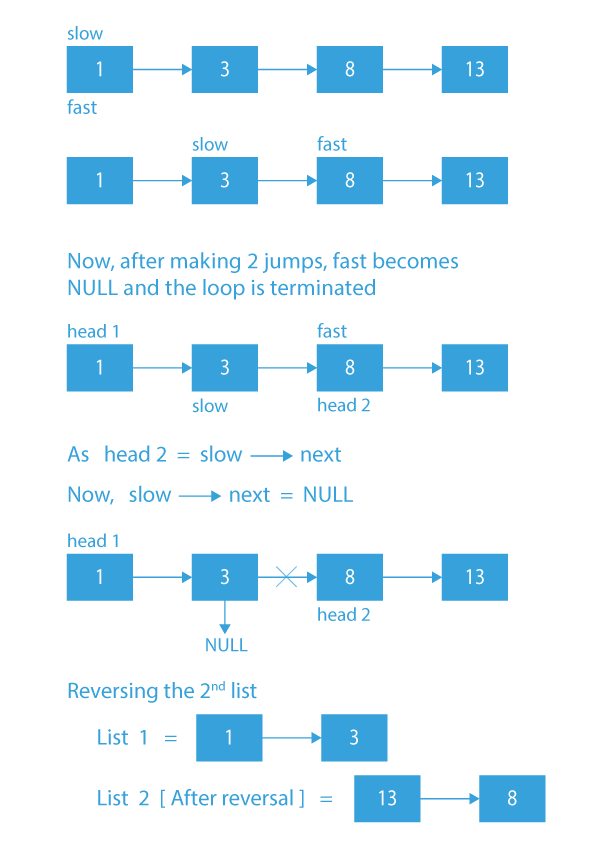 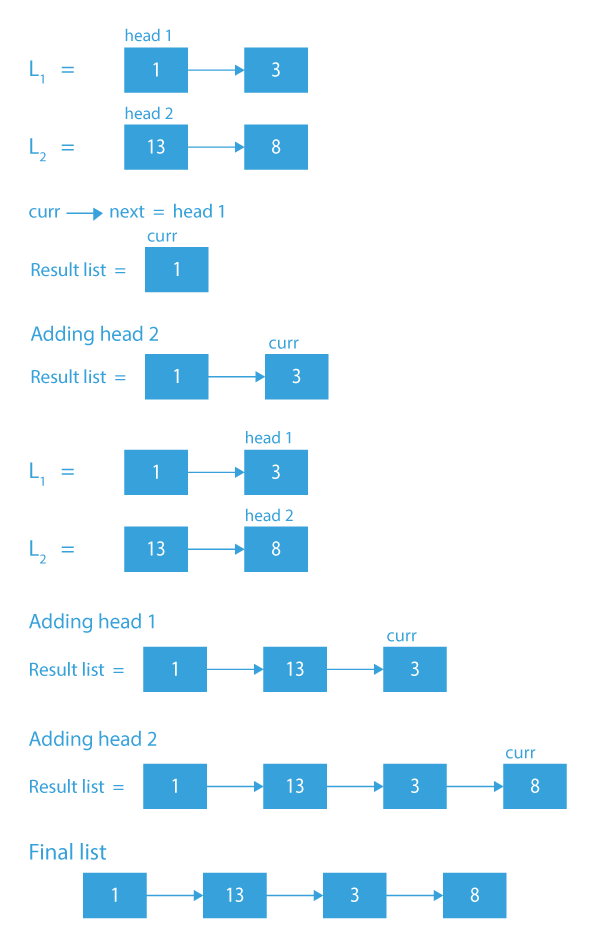 Time Complexity: O(n), as a list traversal is needed.

So, in this article, we have tried to explain the most efficient approach to rearrange a given linked list in place. This is an important problem when it comes to coding interviews. If you want to solve more questions on Linked List, which are curated by our expert mentors at PrepBytes visit Linked List.